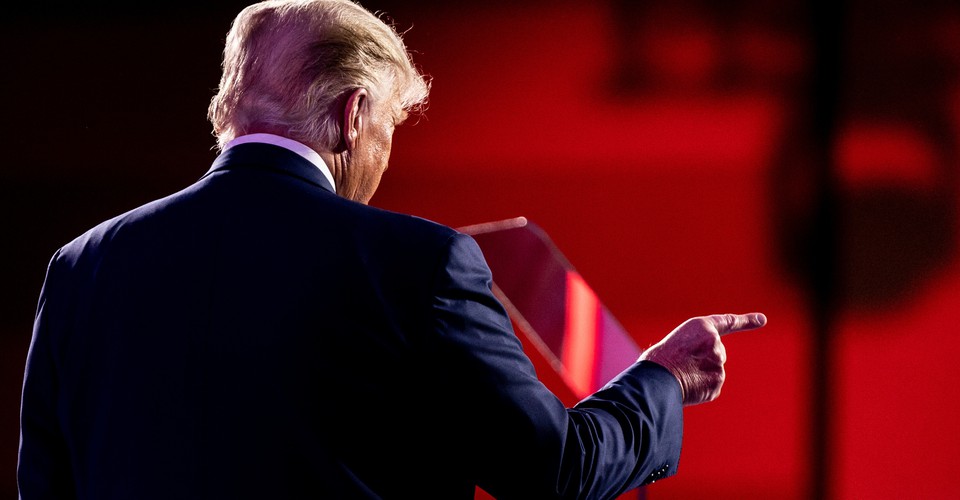 “I believe very firmly that the former president will not seek election in 2024,” John Bolton, Trump’s former national security adviser, told me. “I say that because I don’t think that even he believes he really did win in 2020. And he fears that if he ran in 2024, he would not be able to disguise his near-certain defeat with the narrative that he used in 2020, that the election was stolen.” (When I asked a former Trump White House official about Bolton’s take, the person, speaking on condition of anonymity to talk more freely, said: “The next time you take political prognostication from John Bolton should be the last time you do it.”)

Senator Mike Rounds of South Dakota is hardly a Never Trumper. He’s a Republican who voted to acquit Trump in both Senate impeachment trials. South Dakota delivered a 26-point victory for Trump in the 2020 election. Rounds, though, seems ready for a fresh face. He believes Trump has hurt himself by continuing to insist that the election was stolen. “We simply have found that evidence to be lacking,” he told me. I asked if he believes that Trump’s credibility has suffered. “I do,” he said. When I asked him about the favorites to win the party’s presidential nomination in 2024, he said, “I’m not even sure we’ve seen the eventual nominee on the boards for the Republicans.”

For now, Trump is leaving open the possibility of a comeback, another former aide said. Even mulling a run is enough to freeze a Republican field waiting for a signal about what the former president plans to do—which seems to be how Trump wants it. Trump has been “irritated” by some of Florida Governor Ron DeSantis’s early signals that he might try for the Republican nomination in 2024, the person close to Trump said. In an interview with Fox Business Network’s Stuart Varney last week, Trump said he would consider DeSantis, among others, as a potential running mate in 2024. “I was at the beginning of Ron,” he said, in reference to DeSantis’s 2018 gubernatorial victory.

“If you listen to him, you’d think he’s going to run,” the Trump associate said. If that happens, Trump wouldn’t be able to count on the same level of free publicity that he successfully exploited in his previous two campaigns.

“There is accountability for the words he has uttered and the actions he’s taken,” Frank Sesno, of George Washington University’s School of Media and Public Affairs and a former CNN Washington bureau chief, told me. “His lower profile is to a very large extent his own doing.”

For the nation’s news outlets, Trump poses a dilemma. He’s an irresistible draw and without him, cable-TV ratings and online readership are sinking across the board. As Trump climbed to the top of the Republican field in the 2016 race, Leslie Moonves, the former executive chairman of CBS, succinctly described the bargain in covering the onetime reality-TV star: “The money’s rolling in and this is fun … Sorry. It’s a terrible thing to say, but bring it on, Donald. Keep going.” At what point might news executives who have no wish to give oxygen to an antidemocratic, one-term president compromise their values in pursuit of revenue? “There’s a fascination with the bizarre,” Greenfield noted.