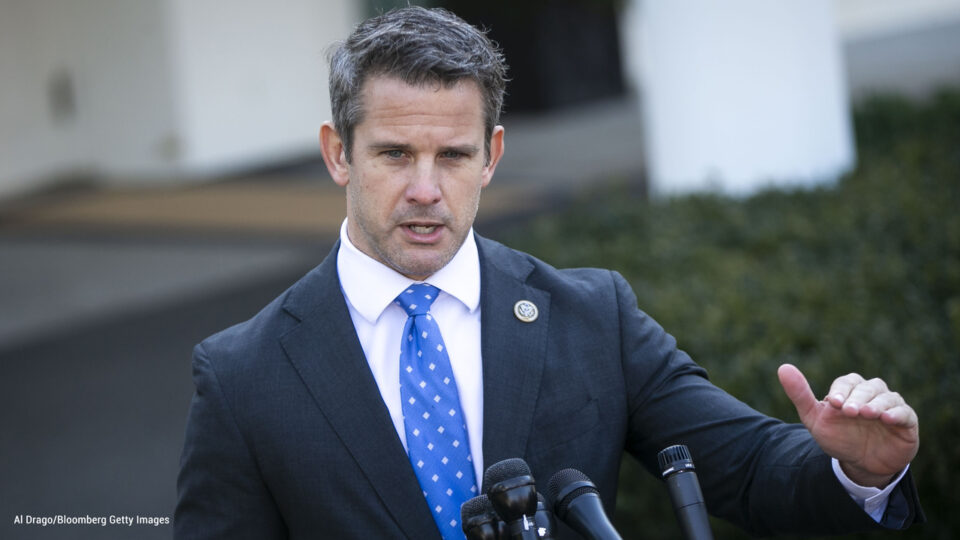 The news on Sunday that House Speaker Nancy Pelosi will appoint Rep. Adam Kinzinger as the second Republican representative on the special House committee investigating the Jan. 6 insurrection at the U.S. Capitol is once again putting the congressman from Illinois in the national spotlight.

Kinzinger made headlines at the beginning of this year as one of the most high profile of the 10 House Republicans to vote to impeach then-President Trump for his role in inciting the deadly attack on the Capitol by right wing extremists and other Trump supporters bent on disrupting congressional certification of now-President Biden’s Electoral College victory.

But Kinzinger, one of the most well-known Republican critics of Trump on Capitol Hill, has been making headlines for over a decade.

Kinzinger joined the Air Force after the Sept. 11 terrorist attacks, serving in both the wars in Afghanistan and Iraq. He’s currently a lieutenant colonel in the Air National Guard. As a 32 year old, he was first elected to Congress in the Tea Party wave election of 2010, beating a Democratic incumbent by nearly 15 points in a north central and north eastern Illinois district, thanks in part to Sarah Palin’s endorsement. Two years later, after redistricting, he took down 10-term GOP Rep. Don Manzullo in the primary before winning the general election.

While he’s drawn praise from Democrats for his anti-Trump language, Kinzinger doesn’t come close to aligning with the Democrats on policy. He’s long opposed the Affordable Care Act, best known as Obamacare, opposes increasing taxes, and advocates against abortion rights.

Kinzinger was never a Trump loyalist, but the attack on the Capitol magnified his opposition to the then-president.

The storming of the Capitol occurred soon after Trump urged a large crowd of supporters he addressed at a rally near the White House to march to the Capitol and show strength in protesting the certification of the election.

The then-president was impeached by the House a week later on one count of inciting an insurrection. Ten Republicans – including Kinzinger – joined all 222 Democrats in voting to impeach Trump, with 197 Republicans voting against impeachment. In February, after leaving the White House, Trump was acquitted in a Senate trial, with 7 GOP senators joining all 50 Democrats in the chamber to vote to convict the former president.

In an interview with Fox News earlier this year, Kinzinger lamented that “today’s Republican Party is not the one I joined.”

“The party that always spoke about a brighter tomorrow no longer does. It talks about a dark future instead. Hope has given way to fear. Outrage has replaced opportunity. And worst of all, our deep convictions are ignored. They’ve been replaced by poisonous conspiracies and lies. This is not the Republican road and now we know exactly where new and dangerous road leads. It leads to insurrection and an armed attack on the Capitol,” he argued.

Trump reshaped the Republican Party during his four years in the White House and ruled over it with an iron fist. And six months removed from his presidency, Trump’s sway over the GOP hasn’t diminished.

Kinzinger stressed that “Republicans must say enough is enough. It’s time to unplug the outrage machine, reject the politics of personality and cast aside the conspiracy theories and rage.”

“The future of the GOP is on the line,” he emphasized. “Let’s take back our party.”

The now 43-year-old Kinzinger, who was easily reelected last November, is facing half a dozen primary challenges, including one from a Republican who named his campaign committee “Impeach Adam Kinzinger 2022.”

But Kinzinger’s stance against Trump has boosted his fundraising. His reelection campaign’s hauled in nearly $2 million during the first half of this year, and he has more than $3 million cash on hand. And the Country First Leadership PAC, which he formed earlier this year to support other anti-Trump Republicans, is also bringing in big bucks.

Kinzinger will join Rep. Liz Cheney of Wyoming as the two Republicans on the panel investigating the insurrection. Cheney, the most high profile House Republican to vote to impeach the then-president, was stripped of her House GOP leadership position in the spring for her anti-Trump sentiments.