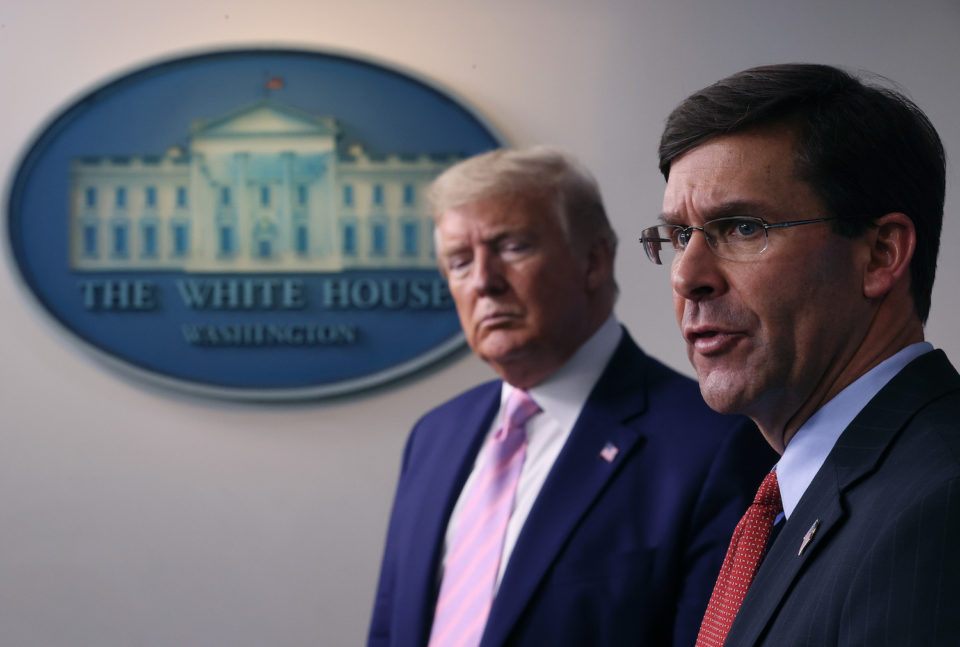 The White House directed Defense Department officials to hire a former National Security Council staffer fired for circulating a conspiratorial memo and known for Islamophobic tweets, people familiar with the matter told Foreign Policy. The move is part of an aggressive push to staff the Pentagon with figures loyal to U.S. President Donald Trump and with connections to ousted former National Security Advisor Michael Flynn that has been met with resistance across the river.

In late May, the White House Liaison Office instructed the Defense Department to hire Rich Higgins as a chief of staff to the undersecretary of defense for policy. Anthony Tata has been selected for the undersecretary role, but he has yet to have a Senate confirmation hearing.

Facing Pentagon pushback, the White House subsequently backed off, telling Pentagon officials not to hire Higgins until Tata is confirmed as the agency’s top policy official, but to get his paperwork ready. Yet the White House reached out again about Higgins this week, a U.S. official told Foreign Policy, asking why the Pentagon had not begun the hiring process for him.

Higgins’s selection comes amid purges in the Trump administration of moderate Republicans and the appointment of a closely linked circle of acolytes of Flynn into the Pentagon, as Defense Secretary Mark Esper has lost sway with the president and has seen his influence over personnel decisions increasingly overtaken by the White House. The people familiar with the decision said that the White House Presidential Personnel Office, led by Trump’s former personal aide and body man Johnny McEntee, was behind the move. The Washington Post first reported Higgins was under consideration for a role at the Pentagon.

In May, another hawkish Trump advisor who was first brought into the National Security Council (NSC) by Flynn, Ezra Cohen-Watnick, quietly joined the Pentagon as deputy assistant secretary of defense for counternarcotics and global threats. Cohen-Watnick, like Higgins, was forced out of the NSC after Flynn’s ouster and subsequent FBI indictment. Simone Ledeen, who has previously served at the Pentagon and Treasury and whose father co-wrote a 2016 book with Flynn, also recently joined the Defense Department as the agency’s top Middle East policy official.

The rise of Flynn-linked appointments to senior defense positions has coincided with the departure of several high-profile Pentagon officials questioned over their loyalty to Trump. Last month, Kathryn Wheelbarger, who had been performing the duties of assistant secretary of defense for international security affairs, resigned from her job days after the White House selected a new nominee for a top Pentagon intelligence job she had previously been tapped for. The impeachment inquiry into Trump over the White House’s withholding of military aid to Ukraine also led to the February ouster of Pentagon policy chief John Rood, who questioned the move to withhold aid, and the June resignation of the agency’s acting comptroller, Elaine McCusker, who saw the administration scuttle her nomination for the permanent post after opposing the hold.

“It is natural that the White House would want to put some of its own thinking in these roles,” said Mara Karlin, a former deputy assistant secretary of defense during the Obama administration and now the director of strategic studies at the Johns Hopkins School of Advanced International Studies. “What is more anomalous frankly is the background and the views of these individuals.”

Tata, the pick to take over Rood’s old job as the Pentagon’s top policy official, is already serving in the Pentagon as a senior advisor to Esper, Foreign Policy previously reported, a role he has used to acclimate to the national security portfolio as he awaits a Senate confirmation hearing.

Under rules put forward by the Pentagon’s general counsel, nominees cannot “undertake to hire, transfer, or terminate” members of “a potential future organization.” The direction to hire Higgins raised concerns among some defense officials that Tata would appear to be presuming confirmation for the job he had only been nominated for.

Tata retired from the military in 2009 after the Army concluded he forged a court order in an adultery case from a past marriage. In series of tweets in 2018, he asserted conspiracy theories that a former CIA director was trying to have Trump assassinated, and he called former President Barack Obama a Muslim and a “terrorist leader.” Facing mounting opposition in the Senate, Tata tried to walk back his comments in an apology letter to senior lawmakers last month obtained by Foreign Policy.

In 2017, when Higgins was in the strategic planning office at the NSC, he wrote a memo titled “POTUS & Political Warfare” that included sweeping and conspiratorial accusations of the political threats facing the president. Trump was facing public attacks because he posted “an existential threat to cultural Marxist memes that dominate the prevailing cultural narrative,” Higgins wrote in the NSC memo, which was first published by Foreign Policy. Among those who posed a threat to the president were “‘deep state’ actors, globalists, bankers, Islamists, and establishment Republicans,” according to Higgins.

In the memo, he also accused the European Union, the United Nations, the OSCE, the Organization of Islamic Cooperation, and the International Muslim Brotherhood of spreading “hate speech narratives,” which he describes as “escalations of cultural Marxist memes.”

Higgins, in contrast to Tata, has not disavowed the contents of the notorious 2017 memo and has since doubled down on them. In his biography, Higgins says he was fired “after warning of a deep state coup to remove the President.”

In recent weeks, Higgins has re-emerged as a peddler of conspiracy theories on Twitter, claiming that the Catholic Church and Democratic Party have been overrun by communists, appearing to refer to the QAnon theory as a psychological warfare program, and retweeting followers who misleadingly connect the Black Lives Matter movement to the Islamic State.

His recent Twitter missives have attempted to label Trump’s opponents, and even former Trump administration officials, as communists and Marxists. “Obama establishing himself as the head of the counter state … unprecedented,” Higgins tweeted on June 3 after Obama addressed the nation after the police killing of George Floyd. “Buy guns and ammo.” On the same day, Higgins also claimed that former Defense Secretary James Mattis had joined the administration through a transition staffer who had met with Chinese and Vietnamese communists in Beijing.

Higgins, an Army veteran, had previously served as a career official in the Defense Department’s irregular warfare support office during the George W. Bush and Obama administrations, according to his bio.

The chief of staff job within the policy secretariat would give Higgins a powerful perch within the Pentagon that allows for significant outward-facing time with the White House and the National Security Council.

A former defense official, speaking on condition of anonymity, said that the job is usually held by a non-political appointee, drawing upon long-held institutional contacts within the Defense Department to shake loose stalled policy memos and control the flow of documents into the undersecretary’s office.

“He’s very typical of this shitshow of an administration,” the former official said. “The best you can hope is they don’t do any damage.”

Update, July 2, 2020: This article was updated with additional information about Simone Ledeen.

Barr rips Democrats for ‘trying to impeach President Trump from day one’...

Opinion | Donald McGahn’s testimony would be better late than never