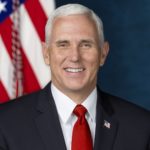 Why is it that when Republican presidential administrations are in shambles, their vice presidents escape to Vail? Is it that crisp, clean mountain air that helps clear the senses and refocus a second-in-commander-in-chief on things that really matter in life, like powder skiing, slope-side fine dining and, say, the constitution?

We don’t have a very detailed sense of just what former Vice President Mike Pence was doing during his holiday visit to Vail over the Christmas break late last year – a spendy trip for taxpayers that was first reported by RealVail.com.

But, if the new book “Peril” by the great Bob Woodward is to believed (and why shouldn’t it be after his journalistic role in making Vail the winter White House back in the 70s?), then Pence spent at least a little of his time in Vail on the phone with former George H.W. Bush VP and fellow Hoosier Dan Quayle.

Yes, that Dan Quayle — the one who couldn’t spell potato but learned to snowboard in Vail in the early 90s (as captured on film by a local photographer). My sense is a lot of snowboarders are spelling-challenged, but that’s another blog.

Of course, Woodward, the Washington Post Watergate reporter of Woodward and Bernstein fame who helped bring down President Richard Nixon, will forever be linked the ascendancy of Gerald R. Ford to the presidency after Nixon had the good sense to resign in disgrace.

Ford, a Michigan congressman at the time, loved to ski Vail in the early days, so when Nixon VP Spiro Agnew also resigned in shame, Ford first became VP and then president, putting a national spotlight on Vail.

I interviewed Ford when Nixon died in 94 and revisited that story recently on RealVail.com, with some added analysis of Trump’s impeachment compared to Nixon’s resignation.

But back to Quayle and his conversation late last year with Pence – no doubt from Vail — as the VP’s perfunctory certification of the November Electoral College vote loomed in early January of this year.

Pence has been lauded as a hero for risking hanging by an angry mob on Jan. 6 and going through with his sworn constitutional duty to certify the election of President Joe Biden and defeat of former President Donald Trump, but Peril cast doubt on Pence’s moral compass at the time.

“So intent was Pence on being Trump’s loyal second-in-command — and potential successor — that he asked confidants if there were ways he could accede to Trump’s demands and avoid certifying the results of the election on Jan. 6. In late December, the authors reveal, Pence called Dan Quayle, a former vice president and fellow Indiana Republican, for advice.

“Quayle was adamant, according to the authors. ‘Mike, you have no flexibility on this. None. Zero. Forget it. Put it away,’ he said.

But Pence pressed him, the authors write, asking if there were any grounds to pause the certification because of ongoing legal challenges. Quayle was unmoved, and Pence ultimately agreed, according to the book.

“When Pence said he planned to certify the results, the president lashed out. In the Oval Office on Jan. 5, the authors write, Pence told Trump he could not thwart the process, that his role was simply to ‘open the envelopes.’

“’I don’t want to be your friend anymore if you don’t do this,’ Trump replied, according to the book, later telling his vice president, ‘You’ve betrayed us. I made you. You were nothing.’”

Contrast that with Ford telling me back in 94 that he pardoned Nixon for the good of the badly divided country, even though he knew it would cost him the presidency in 76, which it did (to Jimmy Carter).

And now there appear to be few Republicans with the kind of character necessary to shout down “The Big Lie” that Trump continues to poison the nation with, justifying massive voter suppression and gerrymandering. U.S. Rep. Liz Cheney, daughter of another dubious Bush veep, is one of the few exceptions.

But her voice in the wilderness may be too little, too late to stop another Jan. 6 insurrection and domestic terrorism attack on our democracy. If that happens, Kamala Harris, you’re always welcome in Vail.