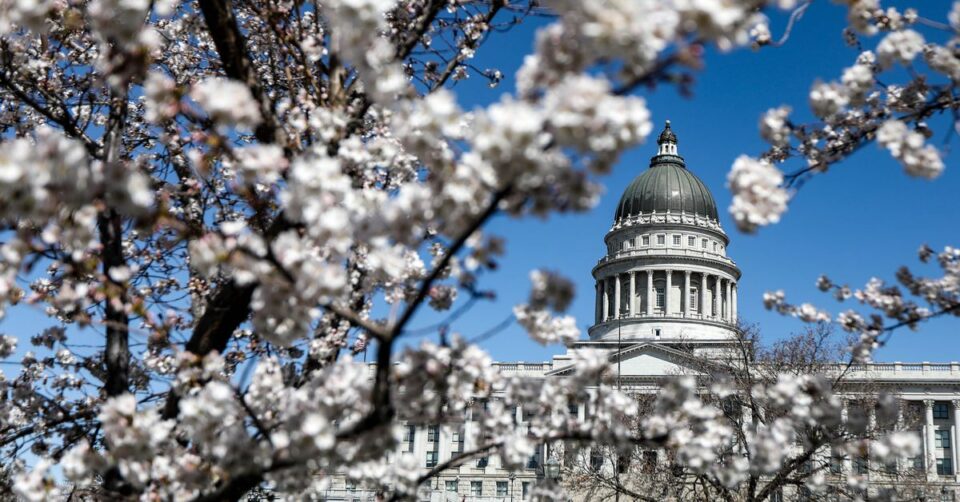 At least two state elected officials in Utah have made comments or done things in recent months that have prompted residents to look for a way to remove them from office.

In January, an online petition called for the removal of newly elected State School Board member Natalie Cline over her social media posts that the petition claimed called for the education community to support “xenophobia, racism, homophobia and cultural regression.”

State School Board bylaws do not provide for removal of a board member or censure, though a board member may be stripped from a board position or assignment by vote of the full board.

Under Utah law, the only method for removing a State School Board member is impeachment. The same goes for attorney general, governor, legislator, other state elected officials and judges.

State law allows members of the Utah House of Representatives to file a resolution of impeachment against public officers for “high crimes, misdemeanors, or malfeasance in office.” The House has the sole power of impeachment but requires at least a two-thirds vote to succeed. The Senate acts as judge and jury under Utah law.

The survey found 75% of Utahns favor a law allowing voters to recall elected officials, including 44% strongly in support. Only 15% oppose such a law, while 11% aren’t sure.

Independent pollster Scott Rasmussen surveyed 1,000 Utah registered voters March 26-31. The poll has a margin of error of plus or minus 3.1 percentage points.

The results reflect how Utahns are feeling about elected officials during the COVID-19 pandemic and increased political polarization, said Jason Perry, director of the Hinckley Institute of Politics at the University of Utah.

“They’re seeing for the first time in some of our lives elected officials making decisions about the things we care about most — our family, our health, our jobs,” he said.

Voters, he said, don’t want to have to wait until the next election to get someone out of office who is making decision they don’t agree with.

“Across the board, wherever you fall on the political spectrum, people in Utah are saying by a huge number that they would support recall elections,” Perry said. “This is the kind of number where you have to wonder if there’s a potential out there for our Legislature or someone else to investigate whether or not we should have these in our state.”

Utah is among only 11 states that don’t allow recalls on either the state or local level.

Nineteen states have adopted laws that allow for the recall for some or all state-level officials, according to the National Conference of State Legislatures. In 39 states, recall elections may be held in state and local jurisdictions such as a city council or school board, where recall elections are most common.

In states that allow recall elections, voters can attempt to remove an elected official from office at any time. Typically, the process consists of gathering a certain number of signatures on a petition in a specified amount of time, according to the National Conference of State Legislatures. Beyond that, details of the recall process vary by state.

In 2014, then Republican state Rep. Gage Froerer, of Huntsville, sponsored a bill to allow recall elections for governor, attorney general, state auditor and state treasurer. But the proposal never made it out of a House committee.

Sen. Todd Weiler, R-Woods Cross, said recall elections sound like a good idea, but there are few situations that would call for them, particularly among Utah House members who serve two-year terms. He said it’s a “little silly” to recall someone elected to serve for 24 months given how long it would take to gather signatures, campaign and hold the election.

“I’m not sure that it would lend to better policy, I really don’t,” he said. “If someone does something boneheaded, then vote them out when they’re up for reelection.”

Recent recall elections for state lawmakers in Colorado and the current effort in California to oust Gov. Gavin Newsom were advanced by their political enemies, he said, adding that he doesn’t know if that is the best use of time for voters, elected officials and politicians.

“It’s a huge distraction,” Weiler said. “If that’s what the people want, we could do it. Let’s say we made the change in 2022, I don’t know if we look back in 15 years and people would be happy with the results.”

The Alliance for a Better Utah, which called for Reyes’ resignation earlier last year, favors recall elections, noting there have been instances in the state where elected officials haven’t done something illegal, but they have abused the public’s trust and refuse to step down.

“People should have the freedom to hold a recall election in the rare case when it’s necessary to ensure a functioning government that serves the public good,” she said. “There’s no reason Utah voters shouldn’t have the recall election tool available to them.”

Even though Rep. Andrew Stoddard, D-Sandy, floated the bill to impeach Reyes, he said he’s “not super in favor” of recall elections but he likes the idea of holding elected officials accountable. He said he doesn’t see the point for two-year officer holders and though it’s doable for four-year offices, it puts a big burden on county clerks, who run elections.

“I think it sets a bad precedent in the sense that I would rather see people research before they vote as opposed to getting upset when someone does something that should be expected that they might not agree with,” he said.

“For people who get upset about cancel culture, that’s exactly what that is.”

Stoddard pointed to some Republicans’ reaction to GOP Utah Sen. Mitt Romney’s impeachment votes as an example. Anyone who followed the senator’s statements about Trump would not find those votes surprising, he said.

“I’d rather put the burden on the voters to say it’s up to you to figure out who you’re voting for. Don’t just vote for the party. Vote for the person, vote issues that are important to you and then you won’t be surprised and you won’t feel a need to recall because you know what you’ll be getting,” he said.

Stoddard said what’s missing in the Utah Legislature is a good investigatory method for alleged officeholder wrongdoing akin to the oversight committees in Congress.

At the federal level, he said, investigations can lead to reports and change. “But here, it’s like zero to 100. You can file a GRAMA request or you can move for articles of impeachment,” Stoddard said.

Political affiliation not a factor

Though state lawmakers aren’t big fans of recall elections, rank-and-file voters in the state like them, regardless of party affiliation.

In the poll, Republicans and conservatives, who dominate Utah’s political landscape, tend to favor recall elections a little more than Democrats, liberals and moderates. But overall, political affiliation wasn’t a big factor in whether Utahns would support recalls.

That may be because of the wrath some conservative Republicans unleashed on Romney for twice voting to convict Trump in impeachment trials. Petitions to at least censure if not remove Romney popped up after both votes.

One Republican state lawmaker filed a bill in 2020 to allow Utahns to recall their U.S. senators. Sen. Tim Quinn, R-Heber City, said at the time that the proposal wasn’t aimed at Romney, but said there ought to be a way for residents to remove a senator who they believe isn’t doing what he or she was elected to do. The measure didn’t get a committee hearing.

Only nine states allow for the recall of federal officials.

The recall election “was in eclipse throughout the whole country during the 19th century. It was until the early part of the 20th century when Los Angeles was the first city to adopt it in 1903 and Oregon the first state in 1908,” Joshua Spivak, a senior fellow at the Carey Institute for Government Reform at Wagner College, wrote for UtahPolicy.com last year.

At the time, there were debates surrounding the adoption of the 17th Amendment that the direct election of U.S. senators should be coupled with a recall law for them, he wrote. The proposed limit on senators, however, did not go anywhere.

The Utah House has never impeached a state official, but it has started down that road twice in the past 20 years.

Impeachment and Virus” is a creative satire of current events