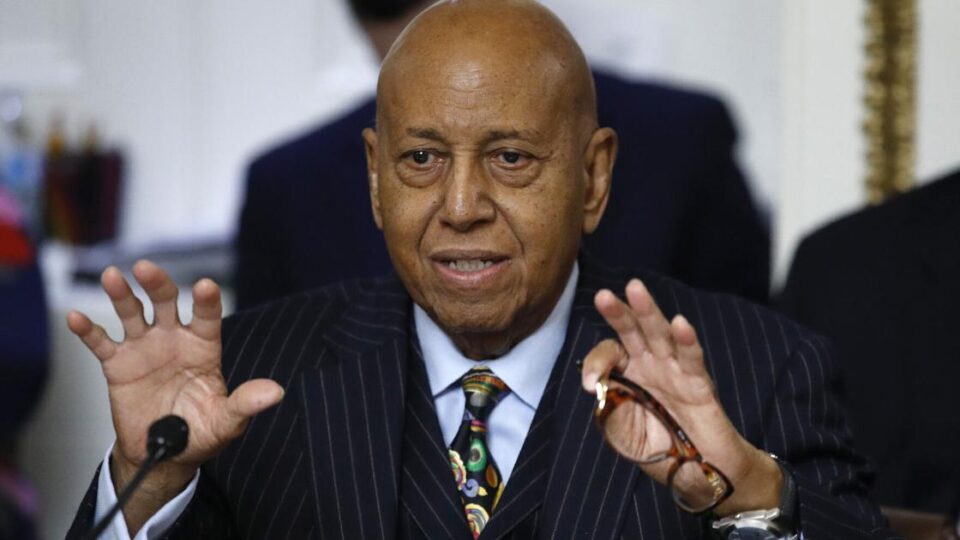 “That seems to be the only thing of significance to people who write,” Hastings told The Associated Press in 2013, predicting that the impeachment would be in the lead paragraph of his obituary.

Despite his seniority, Hastings was passed over for chairmanship of the House Intelligence Committee when the Democrats took control of Congress in 2006. But as he did time and again throughout his life, he insisted his fight wasn’t over and that he wouldn’t be discouraged.

“Sorry, haters,” he said when not chosen for the intelligence posting, “God is not finished with me yet.”

Under Florida law, Gov. Ron DeSantis will call a special election in the coming months to fill the vacancy. Hastings’ district is overwhelmingly Democratic — he received 80% of the vote in November.

Hastings’ death, meanwhile, lowers the Democrats’ majority to a scant 218-211 in the House. Their narrow margin is forcing the party to muster nearly unanimous votes to push legislation through the chamber, and is bolstering Republican hopes for capturing House control in the 2022 elections.

There are six vacancies – four from seats that were held by Democrats, two by Republicans.

The seat won by Rep.-elect Luke Letlow, R-La., who died from COVID-19 before being sworn into office, will go to his widow, Julia Letlow, who won a special election. The rest are expected to be retained by the same parties that had held them.

Longtime US Rep. Alcee Hastings dies at 84; Entered Congress after his impeachment as judge – WXOW.com

US Rep. Alcee Hastings dies at 84; was impeached as judge