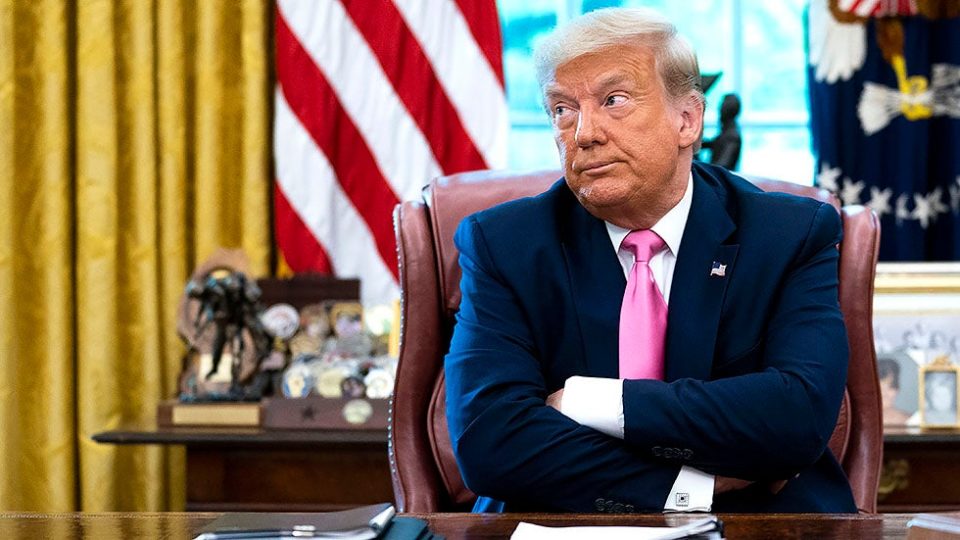 Coronavirus, a weakened economy, and ceaseless attacks by most of the conventional media outlets in the country — President TrumpDonald John TrumpDeWine tests negative for coronavirus a second time Several GOP lawmakers express concern over Trump executive orders Beirut aftermath poses test for US aid to frustrating ally MORE’s re-election chances should be buried by now. But, while he is behind Joe Biden

Joe BidenBiden says Trump executive order is ‘a reckless war on Social Security’ Trump got into testy exchange with top GOP donor Adelson: report Blumenthal calls for declassification of materials detailing Russian threat to US elections MORE (and has been for over two years), Trump has actually slightly improved his standing in the polls over the past year.

The RealClearPolitics average of ten polls leading up to the second week of August 2019 showed a Biden advantage of 8.2 points. As of Aug. 7, that advantage had shrunk to 6.4 points, while the 538 site showed an Aug. 7 lead of 7.5 points.

The reduced deficit has happened in spite of not just terrible news but a series of personal, policy and political blunders by Trump. Three blunders stand out: impeachment, Coronavirus and his response to the civil rights protests.

Thirteen months ago, Trump had the Democrats right where he wanted them on impeachment. The Mueller investigation was a big nothingburger and a plurality of the public was opposed. But the Democratic base was still rabid for impeachment, with prospective primary voters still naming it their top issue — not surprising since House Democrats had been whipping their base into a lather about impeachment for two years. But impeachment is a tough road if you don’t have a defensible set of charges the majority of the public agrees with, as House Republicans found out in the Clinton impeachment.

Enter Trump. By asking the President of Ukraine for dirt on Joe Biden, Trump handed the Democrats a lifeline by providing plausible charges for impeachment. And while the voting public as a whole never considered impeachment a significant issue, a plurality moved from opposing to favoring impeachment.

Trump threw away a golden opportunity to tie the Democrats in knots. He could have spent all autumn taunting the Democrats to impeach him. Given how much the Democratic base detests Trump, Pelosi would have been forced to move on impeachment even with weak charges. To fail to do so would have put her colleagues at risk for primary challenges. The presidential candidates would have had to favor impeachment as well.

For a public already skeptical of impeachment, a purely political farce in the House would have been a boon to Trump and a disaster for the Democrats.

Instead Trump threw a lifeline Pelosi and the Democrats.

Chairman Xi on the line

Nobody needs Mary Trump to psychoanalyze Donald Trump. He thinks he’s smarter than everyone else. When an idea forms in his brain, it comes out of his mouth in a nanosecond. If you tell him what he wants to hear, he will eat it up. And he never admits he’s wrong about anything.

Trump’s coronavirus response has been hamstrung by all these qualities. But what encapsulates Trump’s mistakes perfectly is his call with Chinese leader Xi Jinping in February during which Xi assured Trump (without any evidence) that the Coronavirus would disappear with the warm weather (it didn’t) and that China would be cooperative and transparent (it hasn’t). Trump has lived in a world of denial ever since that call, continuously claiming the coronavirus would just evaporate one day and ricocheting from optimism to grievances.

Trump’s Coronavirus approval numbers have unsurprisingly been bad. According to YouGov, voters prefer Biden to handle the Coronavirus 45 percent to 30 percent, with independents preferring Biden 36 percent to 31 percent. In the YouGov monthly benchmark neither candidate inspires much confidence with just 32 percent “confident” in Biden and 44 percent “uneasy.” For Trump, a majority, 51 percent, are “uneasy.”

The Coronavirus could have been an opportunity for Trump. The economic expansion was getting more than a little long in the tooth. Normally a strong economy would make an incumbent president a slam-dunk for re-election, but Trump has lagged Biden for two years in spite of positive polling numbers on jobs and the economy. With the public taking the economy for granted, Trump could have used a good national crisis to demonstrate leadership. But he not only has squandered that opportunity, his numbers for the crisis are keeping him down.

The protests surrounding the death of George Floyd presented another opportunity for Trump. As with the Coronavirus, not only has Trump failed to fully take advantage, his performance has hurt him in the polls. Strong leadership in the face of a security threat is a sure winner in American politics — whether terrorism, war, or civil unrest. But Trump has not been able to turn the current protests to his advantage in spite of a public that is primed for it.

Despite cheerleading from conventional, liberal media outlets, support for law enforcement remains strong. Only 22 percent of voters favor the de-fund the police movement with Democrats at just 34 percent. An equal percentage of voters believe no reform is necessary while 56 percent take the moderate position favoring reforms. Additionally, 56 percent opposed any funding cuts for the police.

While voters prefer the option “bringing people together” over straight-up law and order (56 percent to 44 percent), fully 57 percent believe the protests have gone too far, including 60 percent of independents and a plurality of Hispanics.  Only African Americans disagree, but by a small margin of 38 percent to 41 percent.

Like with the Coronavirus, Trump’s numbers are not good. Biden is viewed as better able to address race relations 46 percent to 27 percent. Trump approval on “civil rights” is in the negative with 49 percent disapprove to 38 percent approve.

A year ago, even though he was behind, Trump had plenty of time to catch up to Biden.

2020 gave him two challenges that, if addressed strongly, had the potential to vault him to the lead. Instead, Trump has let these opportunities slip away.

Although his top line ballot-test has improved a bit against Biden, Trump’s underlying poll numbers on the economy, leadership and the recent crises have become worse — shrinking the number of persuadable voters.

To win, Trump needs to run a much better campaign and hope for a serious Biden gaffe.

President Trump thinks he’s been given vast new powers. Now he’s going to use them