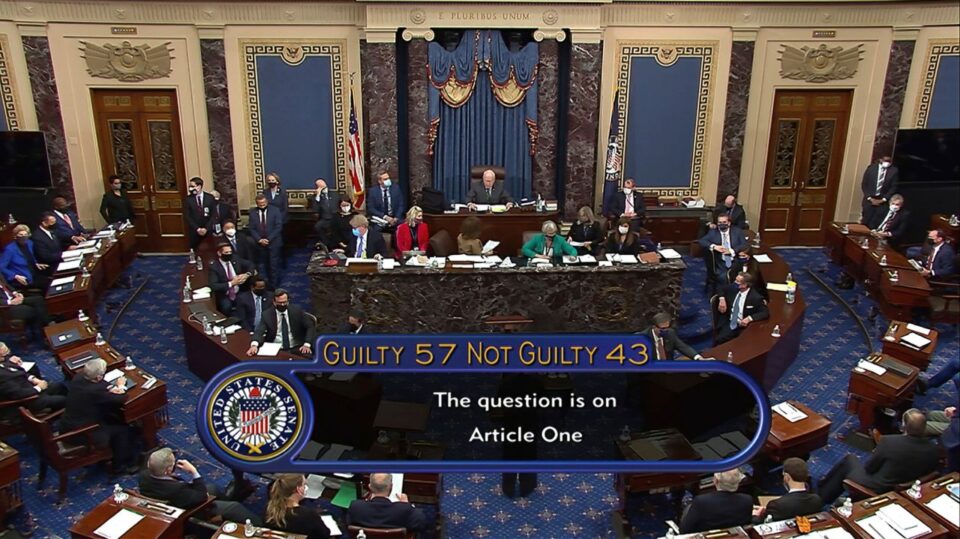 Nearly everyone knew the trial would result in an acquittal. They were correct.

But I’m glad that the hasty Republican attempt to scuttle the trial on jurisdictional grounds before it began was quashed. I watched every moment, and it was 30 hours well spent. Here’s what I learned:

First, the highly detailed case presented by the House managers makes clear that the attack on the Capitol was much more dangerous than was understood in the several days after Jan. 6.

I was watching when Vice President Mike Pence was hurried away from the joint session of Congress as the attack began, and I followed the coverage carefully until Congress reconvened to certify the Electoral College votes.

Certainly the attack looked serious, but its careful reconstruction by the House managers reveals clearly how physically close the insurrectionists came to Pence and to House Speaker Nancy Pelosi. If the attackers had encountered them, is there any reason to think that Pence and Pelosi wouldn’t have been assassinated? None whatsoever. That’s how serious it was.

Second, the House managers established unquestionably that Trump was the essential cause of the insurrection, in ways much more certain than was understood just after the attack.

We should have known this already. No one expressed Trump’s role better than Rep. Liz Cheney: Trump “summoned this mob, assembled the mob, and lit the flame of this attack. Everything that followed was his doing.”

During 10 hours of meticulous argument, the House managers confirmed Cheney’s concise estimation. Trump knew to whom he was speaking on Jan 6. He knew that the possibility of violence had already been reported. He knew that the crowd had been inflamed by speeches from Rep. Mo Brooks, Donald Trump Jr. and Rudy Giuliani. He knew that the mob was deeply committed to his “big lie.” He knew that some in the crowd were wearing helmets and body armor.

After more than an hour of stoking their passions with his promise to lead the “fight,” did Trump imagine that the insurrectionists would amble over to the Capitol and make speeches, set up petition booths, hold hands and sing “We Shall Overcome”? Donald Trump may be ignorant and unbalanced, but he is not stupid.

Here’s another reason the trial was worth having: Trump’s culpability was confirmed by the transparently feeble nature of his defense. Trump’s lawyers used fewer than three of their allotted 16 hours. That says something important about the strength of their case. They were disorganized, confused and bombastic, and they relied on arguments easily dismantled by an ordinary citizen.

For example, Trump’s lawyers depended heavily on a First Amendment defense, arguing that all political speech is protected. But Trump wasn’t accused of outrageous political speech. He was accused of inciting an insurrection, which clearly is not protected. This is why more than 140 constitutional lawyers across the political spectrum called this defense “frivolous.”

Nevertheless, Trump’s lawyers went back to the First Amendment again and again. Why? They had almost nothing else. The trial put this on full display.

In the end, political expediency and fear prevailed, and Trump was acquitted. But we are a “majority rules” democracy. We use this principle for nearly everything, from elections for mayor to decisions by the Supreme Court.

We make appropriate exceptions for only a few things, such as amending the Constitution, which requires a three-quarters majority, and convicting an impeached president, which requires two-thirds.

It was worth the rigors of the trial to establish that a bipartisan 57-43 majority of the Senate agrees that Trump is guilty of inciting an insurrection. Minority Leader Mitch McConnell could not have been clearer: Trump is guilty.

Again, Liz Cheney: “There has never been a greater betrayal by a president of the United States of his office and his oath to the Constitution.”