Trump's impeachment trial is over but the politics are not - ImpeachBeat.com 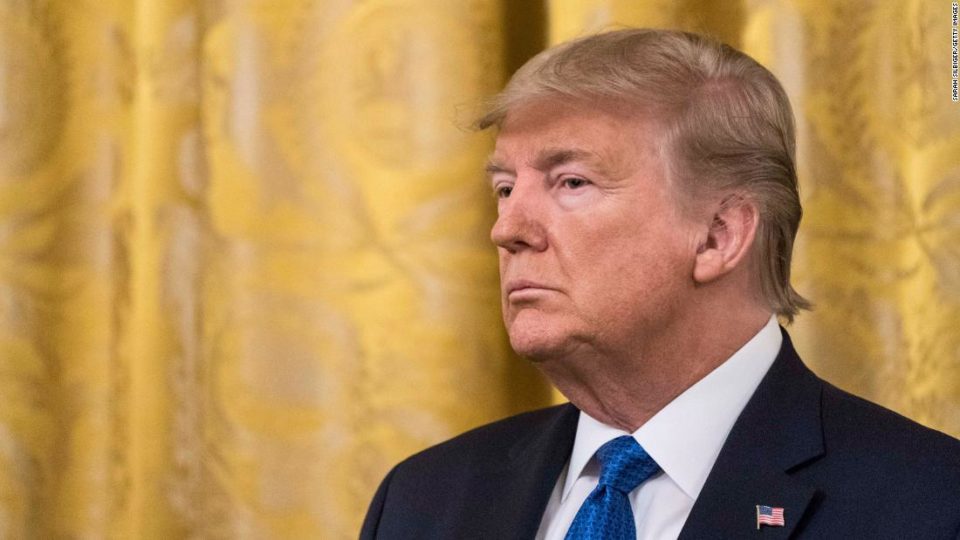 But the underlying cause of impeachment may be the most crucial issue on the ballot: The President’s determination to wield sweeping, unrestrained power and his refusal to accept the checks and balances invested in Congress.

Trump emerges from impeachment politically strengthened — in the short term. He has proven once and for all his extraordinary hold on his own party. Only Utah Sen. Mitt Romney — who has an independent power base and may be looking to his own place in history — defected and voted to convict the President of impeachable crimes. Ten months from the election, Trump has unified his party around him in Washington and in the heartland at a time when questions are mounting about the Democrats’ willingness to unite after what could become a bruising primary race.
Trump is enjoying the best polling of his presidency — he hit 49% in a Gallup presidential approval poll this week. His State of the Union address on Tuesday night was a ringing statement of intent that he will use every device of his office to ensure he wins a second term.

Yet Trump didn’t emerge from the impeachment saga untouched. Polls showed that around half of Americans wanted him removed from office. Taken with the Gallup data, they paint a picture of a nation split down the middle on the President.

It’s not only Trump that emerged from the damaging saga more powerful. The presidency itself was enhanced, after the Senate effectively endorsed Trump’s use of institutional power for personal political ends and his blanket policy of ignoring a congressional investigation. That will have huge implications for future Presidents but it also provides an immediate arsenal of new power that this one can deploy right away.

Biden seizes on impeachment as he seeks a bounce back

Trump’s acquittal also factored immediately into the presidential race — with former Vice President Joe Biden seizing on Trump’s escape to elaborate on his core theme that the President is unfit for a second term, as he targets a comeback after a weak performance in the Iowa caucuses.

“I can’t imagine being President of the United States and having all one party plus someone from your own party vote to say you should be thrown out of office and view that as a victory,” Biden said in a CNN town hall on Wednesday in New Hampshire ahead of the Granite State’s primary next week.

Democrats have been laying political groundwork for Trump’s acquittal for months in the certain knowledge that there would not be a two-thirds majority to convict him in the Senate.

They built a rhetorical argument that Republicans were covering up for the President by refusing to vote for witnesses, like former national security adviser John Bolton, and blocking further investigations.

Senate Minority Leader Chuck Schumer, D-New York, rolled out the oven-ready strategy before the Senate held its final two academic votes — on articles of impeachment alleging abuse of power and obstruction of Congress.

The “anybody else” Schumer is referring to may include vulnerable Republican senators in swing states, such as Cory Gardner of Colorado and Susan Collins of Maine, who voted to acquit Trump and will now face an avalanche of Democratic attacks meant to anger suburban voters who are worried about his unchained use of power.

But Democrats were not the only senators who faced difficult decisions. The White House believed up until the vote on Wednesday that it might peel a couple of votes from Schumer’s ranks to support its talking point about a looming bipartisan acquittal.

But Alabama Sen. Doug Jones — already seen by many strategists as almost certain to lose his seat in the fall in one of Trump’s most impregnable states — announced shortly before the vote that he would keep faith with his Democratic colleagues and find Trump guilty.

“There will be so many who will simply look at what I’m doing today and say it is a profile in courage,” Jones said Wednesday. “It is not. It is simply a matter of right and wrong. Where doing right is not a courageous act. It is simply following your oath.”

Another Democratic senator from Trump country who spent days agonizing over his decision was Sen. Joe Manchin — a shrewd politician who has spent years walking the finest political line in his state of West Virginia, a place to which Trump often returns when he needs a political boost.

Manchin’s vote to convict Trump is likely to spark speculation that he will not seek a new term when he next faces reelection in 2024.

“Oh my goodness. I looked at it so many different ways,” Manchin told reporters on Wednesday, confiding that the argument by Trump lawyer Alan Dershowitz that the President could do almost everything he wanted — if he believed it to be the national interest — “went through me like a knife.”

No one was more aware of the political perils of impeachment than House Speaker Nancy Pelosi, who held off pressure for such a step for months over the Mueller report.

Trump’s apparent abuse of power over Ukraine, first revealed by an intelligence community whistleblower, made Pelosi’s own political position against impeachment unsustainable.

But the speaker is keen to turn the focus back to the strategy and issues that helped her recapture the House in the midterm election.

House Democratic Caucus Chairman Hakeem Jeffries was also an impeachment manager in Trump’s trial. But he tried to turn attention away from Ukraine during a news conference on Wednesday.

Jeffries announced Democrats would bring legislation to the floor soon on promoting the rights of workers to organize, to lower health care costs and to negotiate more affordable drug prices.

Such goals might actually require the Democrats in the House to work with the President — who they accuse of coming into the chamber in the State of the Union address and Tuesday and firing off a barrage of lies and misinformation.

“Our DNA, as Democrats, is very different,” Jeffries said.

“Because we’re committed to getting things done on behalf of the American people, even if it means working with this particular person, sitting at 1600 Pennsylvania Avenue at the moment,” Jeffries said. “So we’re not focused on four more years, we’re focused on what’s ahead of us, right now, in terms of getting things done on behalf of everyday Americans.”