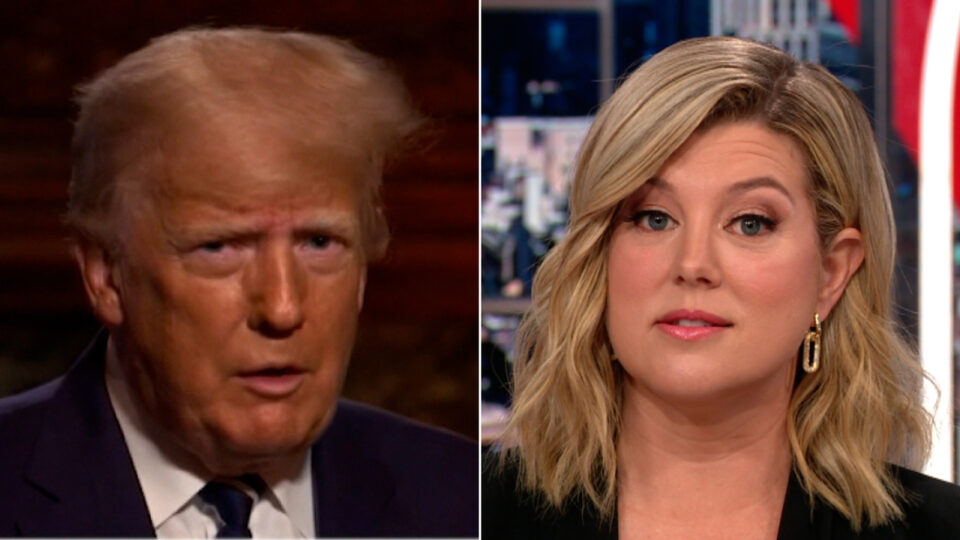 Others have said it, but since top Republicans haven’t taken it to heart, the message bears repeating: With all due respect, you’ve got to quit Donald Trump. For your own sake, and the country’s, cancel your reservations at Mar-a-Lago. Block his number. And whatever you do, don’t fall for any of his old tricks.

As Trump gave his first post-office interview to Sean Hannity of Fox News, he brought out one of his favorite devices — bluster about a run for president — and delivered it with a dollop of trademark confusion sauce. “I am looking at it very seriously. Beyond seriously,” he said in response to Hannity’s question about 2024. Then he added a caveat: “From a legal standpoint, I don’t really want to talk about it yet. It’s a little too soon.”

Perhaps unsurprisingly, Hannity didn’t follow up with a question about the legal concerns that Trump noted. That question might have brought some clarity to Trump’s remarks and yielded real news. Instead, Hannity continued with the fawning he had carried on for more than 40 minutes, asking, “If you did run and did win what would you do differently?”

I paid close attention to Trump’s reply and noticed that before he said a word, he struck a defensive pose, folding his arms cross his chest. He then said, “Um when I came in, we were hit with phony Russia, Russia, Russia investigations.” What ensued was a litany of complaints from Trump about the “phony hoax” and — surprise, surprise — not a word about what he would do differently.

Given that Trump was defeated by 7 million votes in the last election, was impeached twice and left office with stunningly low approval ratings, it takes a certain chutzpah for him to ignore the matter of what he might do differently.

However, Trump is nothing if not brazen and his pivot to blaming others is a move out of his well-thumbed playbook. So, too, is the suggestion that he’s contemplating running for president.

In 1987, Trump talked about running for president (though he denied that he’d be running in the ’88 election) as his first ghostwritten book “The Art of the Deal” was arriving in bookstores. Though obviously a publicity stunt, he upped the ante by giving a speech in New Hampshire, which holds the first presidential primary election, where his celebrity drew a big crowd.

He didn’t run, but continued to talk about what he would do as president. In 1999, he briefly campaigned for the nomination from a small third party. He considered challenging George W. Bush in 2004 and talked about it again in 2010.

From his first flirtation in 1987 to his 2015 declaration for the GOP nomination, Trump showed that his star power would dazzle much of the press and create a firm bond with a sizable number of voters. Though he fell far short in the popular vote in 2016, his success in the Electoral College made him president and during his time in office he displayed a fearsome ability to wind up his supporters.

Trump’s demagoguery led to the January 6 attack on the US Capitol, which should have persuaded GOP leaders to finally quit him. A few did. Temporarily. But then, one by one, many big-name Republicans went crawling back to him. By the beginning of March, events at the annual Conservative Political Action Committee meeting showed he was fully in control, thanks to the fervor of his followers and the implicit threat that dissenters would be challenged in future primaries.

Trump’s announcement that he’s “beyond seriously” considering a 2024 bid plays right into the dynamic that keeps him in control of the party. It applies pressure to would-be candidates for almost any office, who will be asked to declare their fealty to Trump, and it could paralyze any effort to craft a post-Trump party that could actually win a majority of the votes cast in a national election.

Since 1992, Republicans have lost the popular vote in every presidential election except for 2004, when George W. Bush won reelection. Bush was a fully mainstream Republican who could appeal to independents and Democrats. He is out with a new book that is a rebuke to Trump-style politics and could direct the party toward a renewal that would make it more than a reflection of one angry man named Trump.

As Bush would know, the country is served best when both major parties present ideas and competent candidates with the temperament and integrity required for public service. Trump has, for years, pulled the GOP away from its roots as a functioning party in service to democracy and toward one-man rule. After a brief hiatus, he’s back and offering more of the same.

Before they choose between the competing visions of Bush and Trump, Republicans might want to consider the past election and Trump’s current poll numbers, and ask: “How did it work out for us the last time?”

GOP has lost its grip on reality