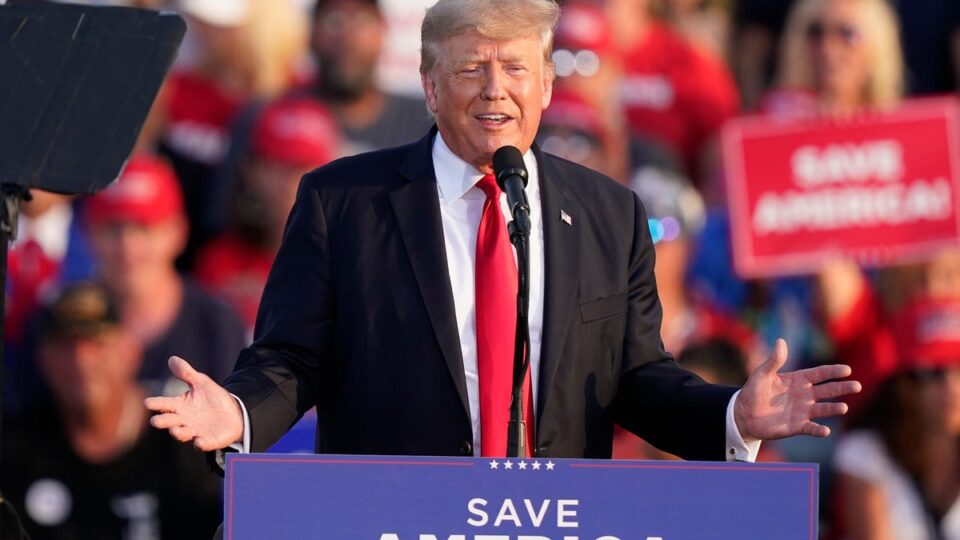 The claim: Donald Trump will be reinstated as president in August

Supporters of Donald Trump are promoting a conspiracy theory on social media suggesting the former president will return to the White House in August, even though he lost the 2020 election eight months ago.

The theory gained traction after MyPillow CEO and founder Mike Lindell and Trump’s former attorney Sidney Powell baselessly claimed in conservative media appearances that the Supreme Court would find evidence of voter fraud and a new inauguration date would be set. (Lindell denied to USA TODAY that he ever said Trump would be reinstated specifically on Aug. 13.)

Now, the claim has made its way to social media.

“TRUMP REINSTATED!” reads text over a fake newspaper cover that was shared to Facebook on July 18. The image includes other debunked claims about arrests, election fraud and more.

The post has more than 500 reactions and more than 300 shares. Similarly, some users on YouTube have asserted Trump will be back in office by Aug. 13.

Trump himself has reportedly told allies that he thinks he will be reinstated in August, according to New York Times reporter Maggie Haberman. A Politico/Morning Consult poll found 29% of Republican voters believe Trump will return to the White House this year.

Lindell claimed evidence of election fraud would be revealed at a “cyber symposium” event in August and the Supreme Court will overthrow the results of the 2020 election by a 9-0 vote, which would lead to Trump returning to office.

But the narrative that Trump will be reinstated as president is based on debunked conspiracy theories – not facts. Previous predictions about Trump returning to office proved wrong. There is no constitutional way for Trump to return to the White House before President Joe Biden’s term is over.

No constitutional way for Trump to be reinstated

Experts say there is no constitutional provision that would allow for Trump’s reinstatement. There is also no legal way to overturn election results after Congress has certified Electoral College votes. The election audits promoted by Trump and his allies provide no mechanism for Biden to be removed from office.

The United States Constitution provides that the candidate with the most votes from the Electoral College shall be president. A candidate must receive 270 electoral votes to win.

Biden won 81 million votes to Trump’s 74 million, giving him 306 electoral votes. Those results were certified by Congress on Jan. 6, after a pro-Trump mob stormed the U.S. Capitol. Biden took the oath of office at noon on Jan. 20.

The 20th Amendment says the “terms of the President and the Vice President shall end at noon on the 20th day of January … and the terms of their successors shall then begin.” That means Biden’s term will last until January 2025.

Persistent, baseless allegations of voter fraud will not change that fact.

The Cybersecurity and Infrastructure Security Agency said in November that the 2020 election was “the most secure in American history.” Additionally, then-Attorney General William Barr said the Department of Justice found no evidence of widespread voter fraud that could change the outcome of the 2020 presidential election results.

Claims that Trump will be reinstated gained popularity among followers of the baseless QAnon conspiracy theory, which says Trump is secretly fighting a cabal of powerful politicians and celebrities that participate in an international child sex trafficking ring. QAnon adherents falsely claimed Trump would be reinstated on Jan. 20 and March 4, neither of which proved correct.

Election audits will not change the outcome

Trump supporters are holding on to the results of ongoing election audits to support the reinstatement theory. However, those recounts have found no evidence of widespread fraud in the 2020 election.

Three separate audits of election results in Georgia, where Biden beat Trump by more than 10,000 votes, found no evidence of wrongdoing affecting the state’s results. An ongoing audit in Maricopa County, Arizona, also hasn’t surfaced any evidence of widespread voter fraud. A number of manual hand recounts across the country have affirmed Biden’s victory.

Business Insider reported that even if Lindell uncovered widespread election fraud, Congress could only remove Biden through impeachment. If Biden were removed from office, Vice President Kamala Harris would become president, not Trump.

The only path for Trump to return to the presidency would be to win the 2024 presidential election race.

The claim that Trump will be reinstated as president in August is FALSE, based on our research. The theory is based on debunked falsehoods about the 2020 election and has been promoted by QAnon supporters. There is no constitutional way for Trump to return to the White House unless he were to win the 2024 presidential race. There is no evidence of widespread voter fraud affecting the 2020 election results, and a number of hand recounts have affirmed Biden’s victory.

Thank you for supporting our journalism. You can subscribe to our print edition, ad-free app, or electronic newspaper replica here.

Our fact-check work is supported in part by a grant from Facebook.