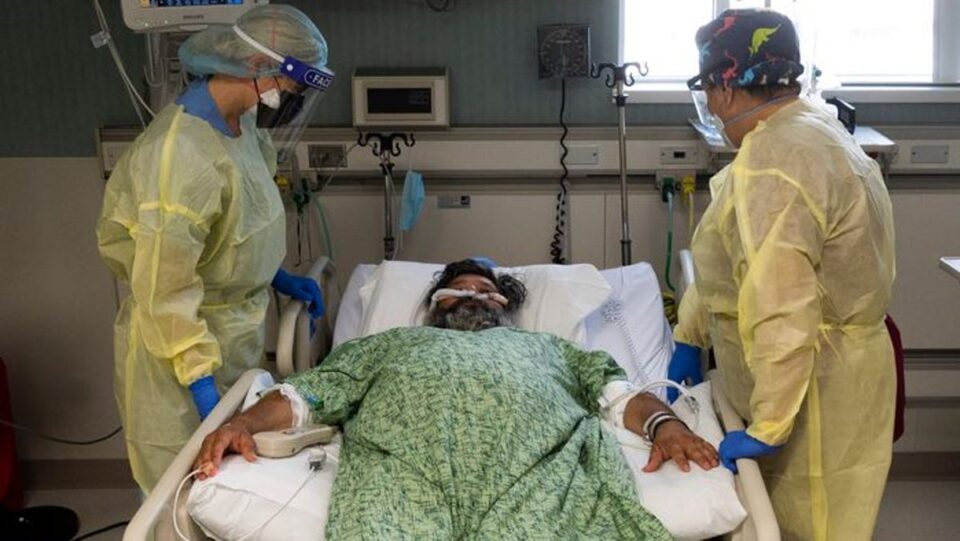 “So sad your children have you as a father.”

With those words, Harry Agzigian, of Newtown, ended his voicemail to me. This is how low some Trump Stepfords go when their counter arguments to truth lack substance, as his did. This is how low they go when they reach for more nonsense to defend the former president but feel only their fingernails scraping the bottom of an empty bag. Not surprising.

Seems Harry wasn’t wild about my recent column condemning Donald Trump for saying many Americans are refusing to get a COVID-19 vaccination simply because they don’t trust President Joe Biden. This after Trump nearly tore a rotator cuff patting himself on the back for expediting the development of vaccines when he was president.

What, Biden is instructing health care workers not to give folks a full dose? Is he telling them to reuse needles? Trump says those folks refusing to get a vaccine don’t trust Biden? Seriously? Trump’s the guy who knew how serious the pandemic was early in 2020 yet kept it from the public, speaking of trust. The gullibility of the Stepfords is quite maddening.

“I just read your ridiculous editorial attacking Trump by using misstatements, generalizations, etc.,” Agzigian said. “You are so myopic in your views, your hatred of Trump, that you can’t see anything but vitriol. What the hell is wrong with you?”

Vitriol? Really? Trump is the gatekeeper of invective. My column included no misstatements or generalizations, only facts gleaned from the CDC and Johns Hopkins University and government data researched by The New York Times. Myopic? If I had the cash, I’d pony up to get ol’ Harry to the Lasik center of his choosing to help him see through Trump’s crudeness and litany of lies, which is the root of my dislike for him.

And then Agzigian referenced our kids.

So, I asked the son and daughter how they feel about their dad. “We love you,” they assured.

When I told them about Harry’s comments, one of them asked who Harry is. I said I wasn’t sure, but there’s an attorney with that name in Bucks County. That if it’s him, perhaps he’s had his head in his law books, or somewhere else, too long to notice Trump’s abject failures, I postulated. If it’s someone else by the same name, well, he could use an eye checkup, as well.

Kayden’s Law: Gianficaro: Kayden Mancuso is gone, but to some, who are we to judge?

Agzigian’s cluelessness is not exclusive to him, not by a long shot. Robert Taylor, of Quakertown, walked a few steps in Harry’s Stepford shoes.

“You know, Gianficaro, you’re a real moron,” Taylor said via voicemail. “How about Biden? The man is illiterate; he can’t speak.”

“Pelosi, Schumer, all the Democrats, and you’re in the same boat,” he said. “Why don’t you learn how to be a real journalist? Write facts.”

OK, here’s one: Trump is the only American president to be impeached twice and to deliberately downplay the seriousness of a then-untreatable virus which led to the deaths of hundreds of thousands of folks.

Funny, I don’t remember Taylor screaming at me about worrying about paying for 150 years when Trump’s tax cuts that largely benefited the wealthy contributed to a nearly $8 trillion increase in the national debt that we’ll be saddled with for generations. Must have been bad phone service at the Taylor home.

But not all who reached out to me are in desperate need of a trip to the eye doc.

“I’m totally behind you,” said Chad, from Bucks County. “This country is in so much trouble because of that moron, and we’ll continue to be as long as he has any sway in this country. We won’t be safe until he is safely tucked away behind bars.”

Added Marielle Jankowitz, of Furlong: “Great column about those idiots who won’t get vaccinated and why Trump is a big reason for it,” she said. “You called him the pied piper of lunacy on steroids. It’s like you read my mind. It was like reading something I would have written. What is wrong with these people?”

Marielle, I have neither the time nor the space to explain.

People need to be vaccinated with the rise of the delta variant. This version of the coronavirus doesn’t make folks sicker than the original virus, just that it spreads far more easily from person to person, resulting in increasing infections and hospitalizations among the unvaccinated. It represents 83 percent new infections nationwide. Unvaccinated people represent nearly 97 percent of severe cases of COVID.

Bucks County reported an average of 32 new COVID cases per day last week, according to the Pennsylvania Department of Health and the CDC. That represents an increase of 10 cases per day over the previous week, and more than triple the rate of early July, when daily cases numbered in single digits.

What more do people need to know? Roll up your sleeves. It won’t kill you.

Agzigian scolded me for not including in my column a suggestion from a syndicated columnist that ran in The Intelligencer and the Courier Times. The writer, Karl Smith, of Bloomberg, suggested that to get those who are reluctant to receive a vaccination, Biden should invite Trump to the White House, thank him for his work on getting a vaccine developed, and have him implore folks to be vaccinated.

It’s a fairy tale. Trump has repeatedly dissuaded folks from getting the vaccine by saying they don’t trust Biden. Do you honestly believe Trump is suddenly going to stand beside Biden and walk back that narrative simply because the president, who showed him the door in the 2020 election, asked him to? If you believe that, I’ll borrow a line from ol’ Harry that also addresses folks who will not get a vaccine:

What the hell is wrong with you?

Mkhwebane impeachment: Parly committee may go back to drawing board