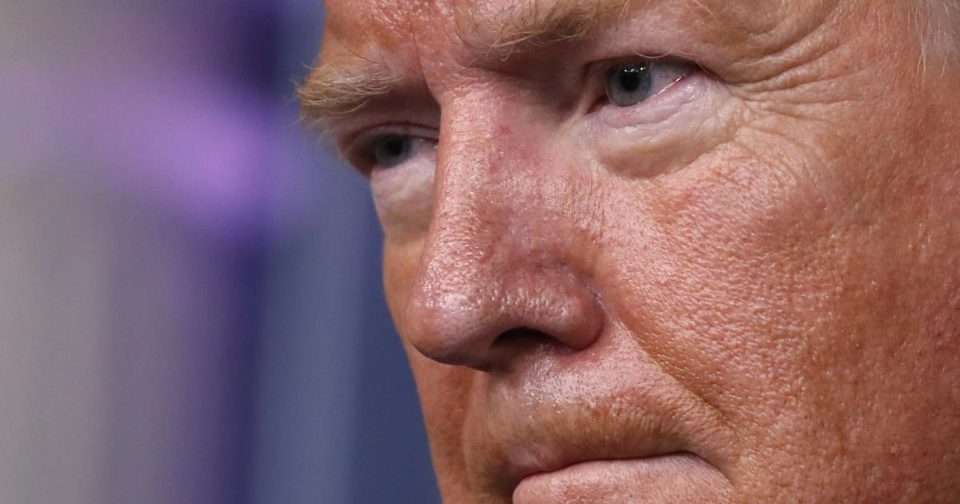 WASHINGTON — President Donald Trump is confronting the most dangerous crisis a U.S. leader has faced this century as the coronavirus spreads and a once-vibrant economy falters. As the turmoil deepens, the choices he makes in the critical weeks ahead will shape his reelection prospects, his legacy and the character of the nation.

The early fallout is sobering. In the White House’s best-case scenario, more than 100,000 Americans will die and millions more will be sickened. At least 10 million have already lost their jobs, and some economists warn it could be years before they find work again. The S&P 500 index has plunged more than 20%, and the U.S. surgeon general predicted on Sunday that this week will be “our Pearl Harbor moment” as the death toll climbs.

Those grim realities are testing Trump’s leadership and political survival skills unlike any challenge he has faced in office, including the special counsel investigation and the impeachment probe that imperiled his presidency. Trump appears acutely aware that his political fortunes will be inextricably linked to his handling of the pandemic, alternating between putting himself at the center of the crisis with lengthy daily briefings and distancing himself from the crisis by pinning the blame for inadequate preparedness on the states.

Trump and those around him increasingly argue he is reaching the limits of his power to alter the trajectory of the outbreak and the economic fallout, according to White House officials and allies, many of whom were granted anonymity to discuss the situation candidly. The federal government has issued guidelines that in many areas have resulted in the shutdown of all but essential businesses, throwing the economy into a tailspin. The remaining options, the officials argue, are largely on the margins.

The limits of the presidency are self-imposed to some extent as the Trump administration continues to cede authority to state and local governments, which have adopted a patchwork of inconsistent social distancing policies. Washington Gov. Jay Inslee, a Democrat, prickled at the suggestion that the Republican president has limited options, calling it “a diminished view of the presidential responsibility.”

“Was Franklin Delano Roosevelt done with his work 30 days after Pearl Harbor? Heavens, no. That’s ludicrous,” Inslee said in an interview. “For a person who’s struggling to get (personal protective equipment) to my nurses and test kits to my long-term care facilities, that is more than disappointing. It’s deeply angering.”

White House advisers note that Trump has already pulled vast levers to blunt the impact of the pandemic. He worked with Congress to pass a record $2.2 trillion rescue package; a fourth package is expected in the coming weeks. The Federal Reserve, which is technically independent of the White House, has unleashed another $4 trillion.

The administration extended for another month new social distancing recommendations calling for those who are sick, are elderly or have serious health conditions to stay home. And Trump has used the authority granted to him under the Defense Production Act to try to force private companies to manufacture critical supplies, though some have faulted him for not using the tool early or aggressively enough.

Those who are dying now were likely infected weeks ago, and most highly impacted states across the nation have already taken drastic steps — unthinkable just months ago — forcing their residents to stay in their homes. And though the federal government has faced widespread criticism to do more to force the production of critical supplies, it’s already too late for most new production to blunt the oncoming wave.

“I really think he’s done everything humanly possible. I don’t know what else he could do,” said Jerry Falwell Jr., the president of Liberty University and a Trump confidant.

By delegating significant responsibility to state leaders and the business community, Trump can continue to approach his job as he often has: as a spectator pundit-in-chief, watching events unfold on television with the rest of the nation and weighing in with colorful Twitter commentary.

But governors across the nation, including some Republicans, have screamed for additional assistance from the federal government. They warn of dangerous shortages of protective equipment for medical professionals on the front lines of the outbreak and ventilators that can help keep the death toll from exploding. Other critics suggest Trump can take a much more aggressive posture in forcing stricter social distancing rules upon reluctant state officials, while ordering all domestic flights and international arrivals grounded.

There is some debate about how visible the president should be as the crisis escalates. Inside the White House, some fear Trump’s continued role as the face of the government’s response will be increasingly dangerous politically as things get worse.

Trump is insistent that he remain in front of the public, where he can shower praise on his own performance and make the case for deflecting responsibility. He has also tried to take credit for averting a worst-case scenario in which more than 2 million Americans could die.

The last president to face a crisis of comparable scale and depth was Herbert Hoover, a Republican who held office during the onset of the Great Depression, according to Yale University historian Joanne Freeman. Like Trump in some ways, Hoover resisted sweeping federal government intervention to address the economic crisis of the early 1930s.

Freeman noted that the results were disastrous for the nation’s economy and Hoover’s presidency. As the nation slipped deeper into depression, he suffered a landslide loss in 1932 to Roosevelt.

The American public has mixed reviews for Trump’s performance, although his polling numbers have been ticking up.

The latest polling from The Associated Press-NORC Center for Public Affairs Research found Trump’s approval ratings are among the highest of his presidency, with 44% supporting his oversight of the pandemic. State and local leaders have earned much higher marks.

While few are thinking about traditional politics, Election Day is just seven months away.

Republicans have seized on the absence of the leading Democratic rival, former Vice President Joe Biden, who has struggled to break through the dire daily news cycle despite frequent appearances on cable television from a newly created television studio in his home basement.

“Biden is inconsequential for the next three months, and that’s weird,” said Democratic pollster Paul Maslin. “I mean, this is the Trump show, for better or worse.”

Former Trump aide Steve Bannon dismissed traditional politics as an afterthought as the nation enters a critical month to blunt the spread of the virus, yet the man who helped elect Trump four years ago said the political stakes could not be more dire.

There is no political playbook for a crisis of this magnitude. For the foreseeable future, there will be no more political rallies, traditional fundraisers or door-to-door canvassing that makes up the lifeblood of modern campaigns.

The Trump campaign 2020 slogan — “Keep America Great” — is already painfully disconnected from the reality on the ground in most states now fighting massive unemployment and health concerns.

Campaign spokesman Tim Murtaugh described the evolution of Trump’s messaging in the midst of a pandemic this way: “Our argument is that it was President Trump’s leadership that built the economy up to such heights in the first place, and he’s the one to lead us back up again.”

He said the virus has “caused dramatic increase in desire” by the president’s supporters to get involved in the campaign, even if most have been encouraged not to leave their homes.

And while they believe his ability to implement new policy solutions may be limited, some Trump allies stressed his rhetorical ability to comfort an anxious nation.

“In the minds and the hearts of the American people, his ability to carry out the rhetorical functions of the presidency — to encourage, to comfort, to rally — those are among the most essential elements of leadership in a moment of crisis,” said Ralph Reed, chairman of the Faith & Freedom Coalition and a member of the White House Faith Initiative.

“It is critical right now to be a consoler-in-chief, to keep people’s spirits up, to give people optimism and hope,” Reed said, “and also show empathy and share in the sorrows of the struggling.”

Schumer calls on Michael Duffey to testify in impeachment trial