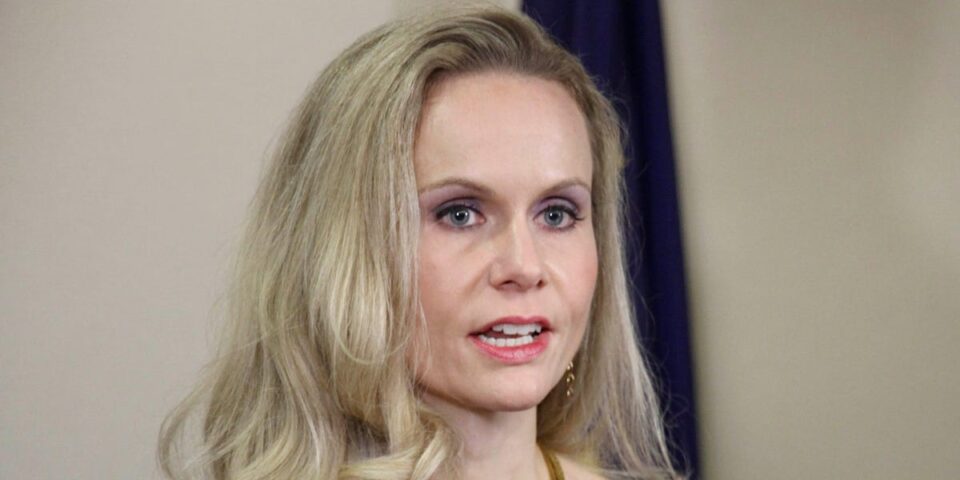 Former President Donald Trump on Friday backed a Republican challenger to GOP Sen. Lisa Murkowski in the 2022 Alaska Senate race, ramping up his campaign against the three-term incumbent who earlier this year voted to convict him in his second impeachment trial for his role in the Jan. 6 Capitol riot.

In a statement, Trump threw his support behind Kelly Tshibaka, the former state commissioner of administration, calling Murkowski “bad for Alaska.”

“Murkowski has got to go!,” Trump wrote. “Kelly Tshibaka is the candidate who can beat Murkowski — and she will. Kelly is a fighter who stands for Alaska values and America First.  She is MAGA all the way, pro-energy, strong on the Border, tough on Crime and totally supports our Military and our great Vets.”

Trump also criticized Murkowski for voting to confirm Deb Haaland as Secretary of the Interior in March, which he said was “a vote to kill long sought for, and approved, ANWR, and Alaska jobs.”

Trump said that he anticipated traveling to Alaska to campaign for Tshibaka and against Murkowski, a political nemesis who didn’t hold back in criticizing the former president while he was in office.

Read more: 15 Senate Republicans are up for reelection in 2022. But Rick Scott — the man in charge of helping them win — has instead turned a key fundraising tool into Trump’s megaphone.

After the Capitol riot, Murkowski swiftly called on Trump to step down from the presidency.

“I want him to resign. I want him out. He has caused enough damage,” she told the Anchorage Daily News in an interview from early January.

Trump, unhappy with Murkowski veering from the GOP script, has held a monthslong grudge against the senator for her impeachment vote.

“I do not know where other people will be next year, but I know where I will be — in Alaska campaigning against a disloyal and very bad Senator,” he told Politico in March.

Tshibaka launched her campaign in March and brought on several alums of the Trump 2020 campaign in her effort to take down Murkowski in the GOP primary.

In April, the Senate Leadership Fund, a super PAC aligned with Senate Minority Leader Mitch McConnell of Kentucky, threw its support behind Murkowski.

Despite Trump’s focus on Murkowski, she is a political survivor — she lost her GOP primary in the Tea Party wave of 2010, only to launch a successful write-in campaign for the general election.

In 2016, she was reelected to the Senate on the Republican Party line.

Illinois Gov. JB Pritzker has 600+ bill on desk after session

Our View: Government: Justice Department not a political tool | Don’t Miss This