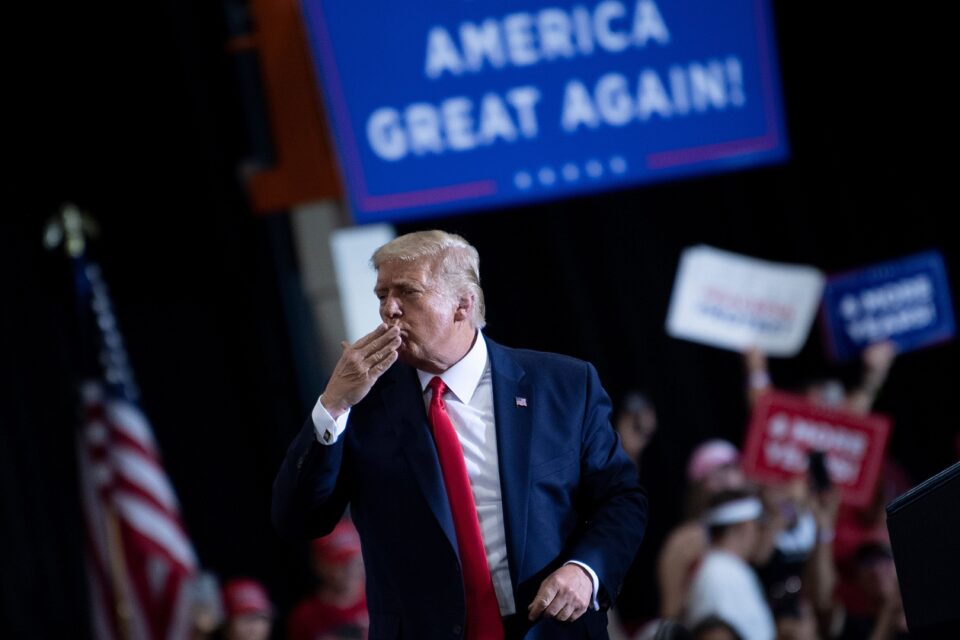 Donald Trump rejected the idea of climate change during clashes with Democrat officials in California, saying he doesn’t think science knows what is causing the states wildfires.

His comments came during a round table to address the state and federal response to the devastating fires, which the president says are caused by the poor forest management of explosive trees.

While a new poll showed half of American voters think neither candidate is fit to run the country, Mr Trump claimed that the leaders of Russia and North Korea, Vladmir Putin and Kim Jong-un, are more mentally fit than Joe Biden.

Elsewhere, Alexander Vindman, a whistleblower in the impeachment trial, said he doesn’t know if Russia has dirt to blackmail the president but even if they did they wouldn’t need it, because Trump was Putin’s “useful idiot”.

The president travelled from Nevada to California to Arizona, but said he wasn’t afraid of catching Covid-19. Demonstrators outside the roundtable for Latinos, however, were injured after jumping on a police car that drove off.

Talking to Hispanic Americans, Mr Trump said America would never become a socialist country like Venezuela or other Latin American nations with a “lot of very bad problems”.

Please allow a moment for our liveblog to load.

The History of Democracy: How Democracies Die

Attorney General Bill Bar has no respect for the law, Democrats should...