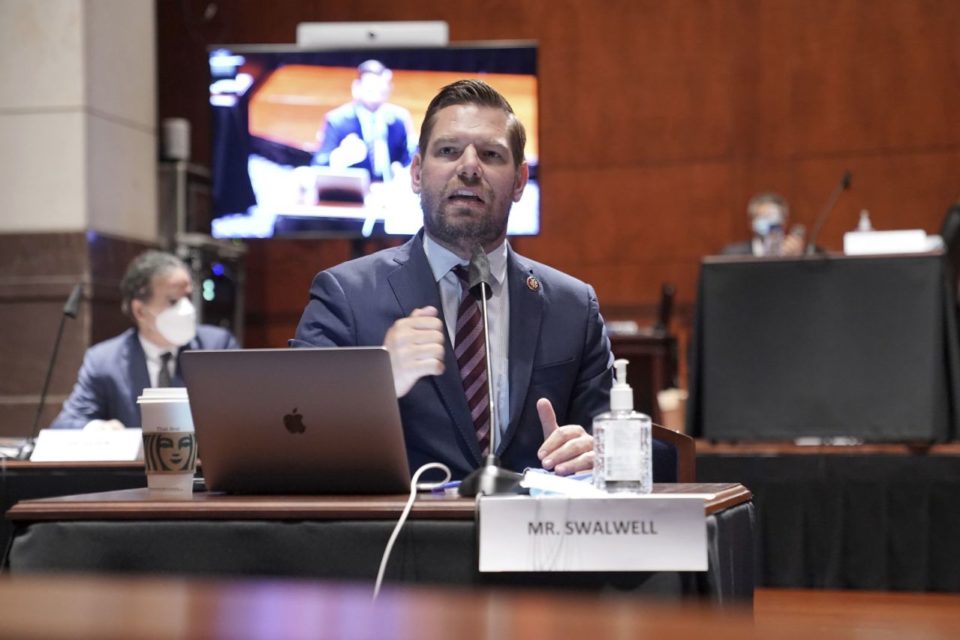 WASHINGTON — One of the most vocal advocates in the U.S. House of Representatives for impeaching President Trump said the recent disclosures that the White House failed to act on intelligence showing that Russian operatives were paying bounties to kill American soldiers fully vindicate the congressional efforts to remove him from office late last year.

“I think he makes us look like geniuses every day for impeaching him,” said Rep. Eric Swalwell, D-Calif., in a Thursday interview with the Yahoo News “Skullduggery” podcast.

“He was impeached for putting his personal interests above the country’s. And again, it looks like that’s what’s happening here. … Now, if these allegations are true and the Russians are paying for the lives of American soldiers on the battlefield, the cost is the blood of our soldiers and I think the American people will understand that.”

As a member of the House intelligence and judiciary committees, Swalwell played a key role in the investigations last year that led the Democratic-controlled House to approve two articles of impeachment against the president, triggering a trial in the Republican-controlled Senate that found Trump not guilty. Swalwell has written a new book, “Endgame: Inside the Impeachment of Donald J. Trump,” the first account of the impeachment battle from one of its principals.

On “Skullduggery,” Swalwell insisted that the impeachment investigation, or at a minimum the threat of impeachment, forced the White House last September to release military aid for Ukraine that the president had withheld until the Ukrainian government cooperated with investigations he requested into Joe Biden and Hunter Biden and that country’s role in the 2016 elections.

“Once we launched that investigation, that is what led to Ukraine getting the aid that they were supposed to get,” Swalwell said. “So if you check the president … ultimately you can get the right result. You know, Ukraine wouldn’t have gotten that aid if we had not opened that investigation.”

“I think we will only regret that we didn’t do more when it comes to President Trump,” said Swalwell. As for former national security adviser John Bolton’s claim that the House committed “impeachment malpractice” because the Ukraine-focused charges were too narrow, Swalwell was dismissive, and cited Bolton’s previous refusal to testify during the Senate trial in January. “I mean it, it’s like a fireman showing up with his truck and hose after the building’s been burned to the ground and saying, ‘Um, I’m here, guys. And I’m ready to help.’ And then criticizing the folks who would try to put the fire out.”

As a member of the Judiciary Committee, Swalwell said he would like to see the House also impeach Attorney General William Barr — if only to serve as a check on his continued meddling in criminal cases of interest to the president.

And as  a member of the Intelligence Committee, Swalwell said he has reviewed the underlying intelligence reports about the Russian payment of bounties to kill U.S. soldiers in Afghanistan and that it was clear to him “it’s certainly not a hoax,” as the president has claimed.

“This is information that went into the President’s Daily Brief,” he said. “This is not the back of a bar napkin.”

As for the president’s claim that the intelligence was not fully vetted and was never orally briefed to him, Swalwell noted that it was deemed serious enough to alert U.S. coalition partners in Afghanistan as well as U.S. military commanders in theater.

“He’s the commander in chief. The fact that he would not be told about this just, frankly, I think it’s bulls***.”