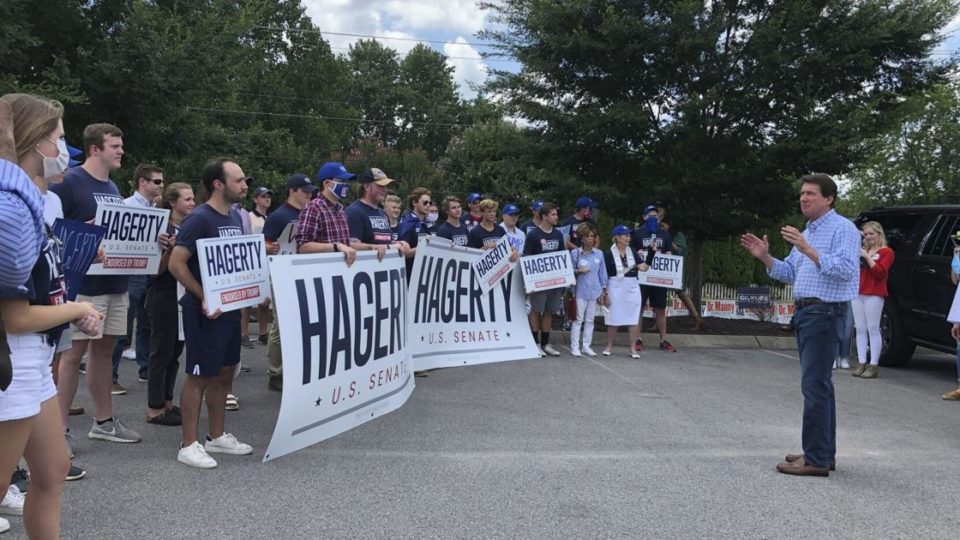 Hagerty proceeded to ignore Sethi for most of the campaign, until back-and-forth attacks opened up a few weeks ago and never slowed down. Sethi paints himself as the conservative outsider and has been blasting Hagerty’s previous business and political ties with Mitt Romney, once the GOP’s 2012 presidential nominee and now a liability in Tennessee’s primary because he voted to convict Trump during his impeachment trial. Hagerty himself has sought to keep his distance, calling Romney “weak-kneed.”

At the outset, it seemed like a certainty that Hagerty would draw Trump and others in his inner circle to Tennessee for various events. Donald Trump Jr. visited in January. Then the coronavirus pandemic turned many of those other expected guest appearances into phone-in events.

The pandemic’s effect on the race, which went months without in-person events, was obvious again Wednesday.

Hamilton County Health Department confirmed there was a virus exposure at a Lincoln Day Dinner the GOP held in Chattanooga on Friday. County officials said an investigation showed that a person who attended the dinner was infected.

Sethi and Hagerty were in attendance. The two were photographed not wearing masks while hugging and shaking hands with voters. Since then, they’ve continued to post photos from the campaign trail without masks and in close proximity to supporters who also are usually unmasked.