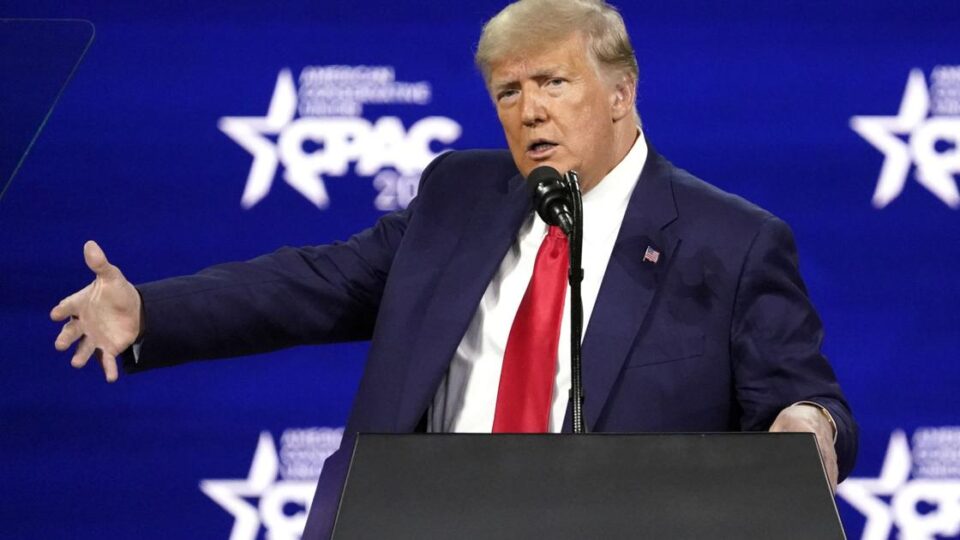 In his first post-presidency speech, Donald Trump addressed the crowd at the Conservative Political Action Conference, called for unity within the Republican Party and ripped GOP members of Congress, including Syracuse-area U.S. Rep. John Katko, who supported his impeachment.

Trump mentioned by name every House and Senate Republican who either voted to impeach him or supported his conviction. That includes Katko, who was the first Republican to announce he would vote to impeach Trump for inciting an insurrection. The article of impeachment stemmed from the former president’s comments prior to the Jan. 6 attack on the U.S. Capitol.

The House impeached Trump with support from 10 Republicans, including Katko and House Republican Conference Chair Liz Cheney. In his CPAC speech, Trump saved his harshest criticism for Cheney, whom he referred to as a “warmonger” and claimed her poll numbers are falling in Wyoming.

“Hopefully they will get rid of her. Get rid of them all,” Trump said of Republicans who supported his impeachment.

Trump was the first president to be impeached twice when the House advanced the inciting an insurrection charge in the waning days of his presidency. The Senate trial didn’t commence until after he left office. There were 57 votes to convict Trump, 10 shy of the two-thirds supermajority needed for a conviction. Seven Republicans supported Trump’s conviction.

How Donald Trump Took Advantage of the Courts