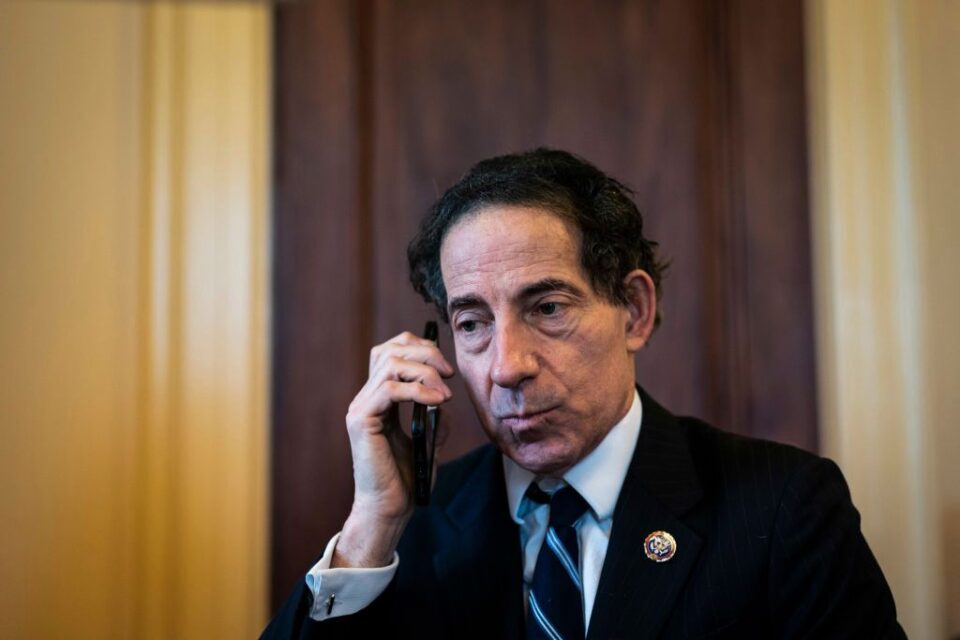 But in February, Rep. Raskin became a national figure as lead House manager in the second impeachment trial of President Donald Trump. It was the test of a lifetime for this constitutional law professor and it came as he was facing the greatest possible personal crisis — the suicide death of his son, Tommy.

On a bright April morning, family and friends gathered to share memories of Tommy Bloom Raskin.

The 25-year-old Harvard law student was extremely bright, creative and sensitive. He was also the son of Rep. Raskin.

“He was a most remarkable young man who had a perfect soul and a perfect mind, but he was tortured at the end by depression,” Rep. Raskin said.

“When I think of Dec. 31, 2020 as the worst thing that ever happened to our family, I can feel relieved that his pain is gone and that our son was not there one week later on Jan. 6 to see the violence and chaos that was unleashed in the capitol by fascists and traitors to our country,” said Denise Raskin.

It was just one week after Tommy’s death that Rep. Raskin and his family were literally caught in the horror of the Capitol insurrection.

“As Senator Lindsey Graham said on that day, all of us could have died,” Raskin said. “They could’ve had a bomb. These people came in outside of the metal detectors. There was no security check on any of them.”

One month after the attack on the U.S. Capitol, in the very same building, Rep. Raskin stood before the U.S. Senate and argued that the case for the impeachment of President Donald Trump.

“Senators, this trial in the final analysis is not about Donald Trump,” Raskin said back in February. “The country knows who Donald Trump is. This trial is about who we are. Who we are.”

Denise Koch: Did you go in thinking that you had a chance of actually getting the president impeached?

Jamie Raskin: Well, I did. Very much so. I believed — and I still believe — that they evidence is so overwhelming and irresistible that there’s nothing else that they can do.

“None of us can escape the demands of history and of destiny right now, “ said Raskin during the impeachment trial. “Our reputations and our legacy will be inextricably intertwined with what we do here and how you exercise your oath to do impartial justice.”

The vote was 57 guilty to 43 not guilty. Donald Trump was acquitted.

What history may not record, but anyone who knew will never forget, is that Congressman Raskin took on the role of his political lifetime all while carrying in his heart the pain of Tommy’s loss.

Koch: I don’t know you personally, but you must have an enormous reserve of strength. How did you do that?

Rep. Raskin: Denise, I’m not quite sure I know the right answer. But I did feel from the very beginning that Tommy was with me. I felt him inside my chest. I felt him in my heart and felt that he was giving me strength.

“I have lost my son,” Rep. Raskin said at Tommy’ memorial. “I have lost something so fundamental, so elemental in my life, I am not sure at times that I even recognize the world.”

“He was a radiant light in a very broken, hard world and we’re going to miss him so overwhelmingly and so intensely,” Raskin said to WJZ.

Continuing to work through loss, Rep. Raskin has two new pieces of legislation aimed at preventing dangerous people from getting a hold of assault-style weapons.

He says, while part of him died with Tommy, a more important part will live on.

“It is the sense that what matters in the end and in the beginning and in the middle is the people in our lives, their feelings and their experiences and that it is possible, it is advisable and it is right to pattern your life after the love of other people,” Raskin said at his son’s memorial. “Your love can become your engine of a quest for justice.”

Raskin is working on a book about his son, January 6 and the impeachment trial. As for his political future, he said he is in love with his job and has much more to do.