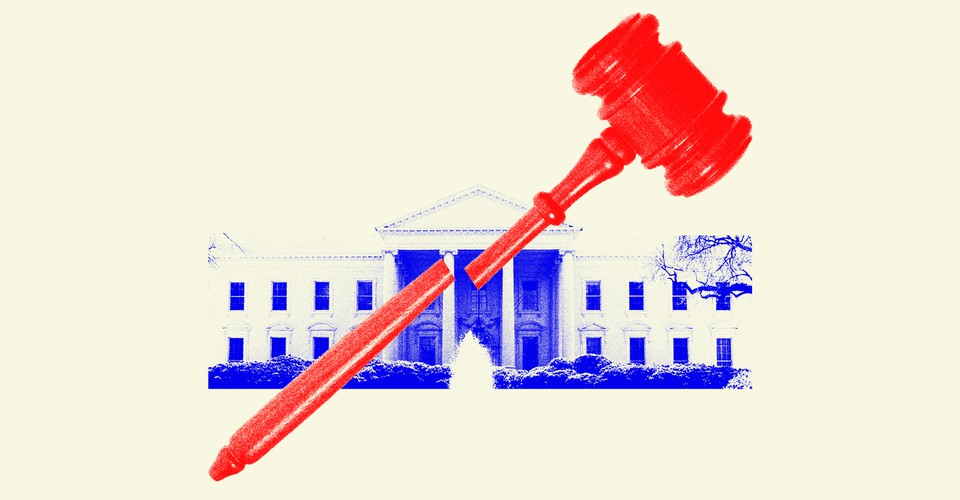 Lacking concrete law for guidance, the OLC manufactured de facto presidential immunity based on a normative judgment “that the burdens of criminal litigation would be so intrusive as to violate the separation of powers.” First, the OLC lawyers argued in 1973 that “a President’s status as defendant in a criminal case would be repugnant to his office of Chief Executive,” that his pardon power could “make it appear improper that the President should be a defendant in a criminal case,” and—most notably—that waging a criminal defense “would interfere with the President’s unique official duties, most of which cannot be performed by anyone else.”

But today’s digitally driven political environment offers a compelling reason to reject that assumption, if it even made sense 48 years ago; avoiding legal distractions can no longer support the DOJ’s unilateral gloss on the Constitution to immunize presidents from criminal scrutiny. After all, the Supreme Court held in 1997 that President Clinton’s sitting for a deposition in a civil suit over conduct that allegedly occurred prior to his taking office wasn’t sufficiently distracting to require that the plaintiff, Paula Jones, wait until his term was over before pressing her lawsuit. After four years of Trump, moreover, the presidency withstood a special-counsel investigation, two impeachments, and numerous criminal investigations. Distraction from presidential duties is a slender reed on which to justify removing the judicial branch from the task of presidential oversight.

In 2000, the OLC updated its analysis to draw a distinction between civil and criminal legal distractions, arguing that the latter were uniquely unpalatable. A criminal sentence “would make it physically impossible for the President to carry out his duties,” it surmised. Moreover, “the public stigma and opprobrium occasioned by the initiation of criminal proceedings … could compromise the President’s ability to fulfill his constitutionally contemplated leadership role.” Lastly, the OLC argued, “the mental and physical burdens of assisting in preparation of a defense … might severely hamper the President’s performance.”

The Trump presidency whisked away each of these normative hesitations. Rejection of stigma and opprobrium was a hallmark of his presidency, and the Republican Party is hardly in the business of demanding accountability for Trumpian abuses of power. Moreover, the specter of a president in jail should not proscribe investigation and indictment in the first instance.

If Congress doesn’t act, arguably the courts could. In a decision written while he was a judge on the U.S. Court of Appeals for the D.C. Circuit, now-Justice Brett Kavanaugh invoked a rare judicial remedy to force government officials to do their jobs. In In re: Aiken County, the plaintiffs sought a writ of mandamus requiring the Nuclear Regulatory Commission to process an application for a license to store nuclear waste at Yucca Mountain, in Nevada, under the Nuclear Waste Policy Act. Over the dissent of then-Judge Merrick Garland, Kavanaugh ruled that the case raised “significant questions about the scope of the Executive’s authority to disregard federal statutes,” as “the President may not decline to follow a statutory mandate … simply because of policy objections.”

The OLC memos are likewise mere policy objections to the criminal scrutiny of a sitting president. If America is going to have a system of separated powers with presidential accountability to the people, the memos must no longer be treated as binding.

The Mercury’s Sound Off for Monday, April 19 | Opinion

Impeachment will be topic at Sumter County Genealogical Society meeting