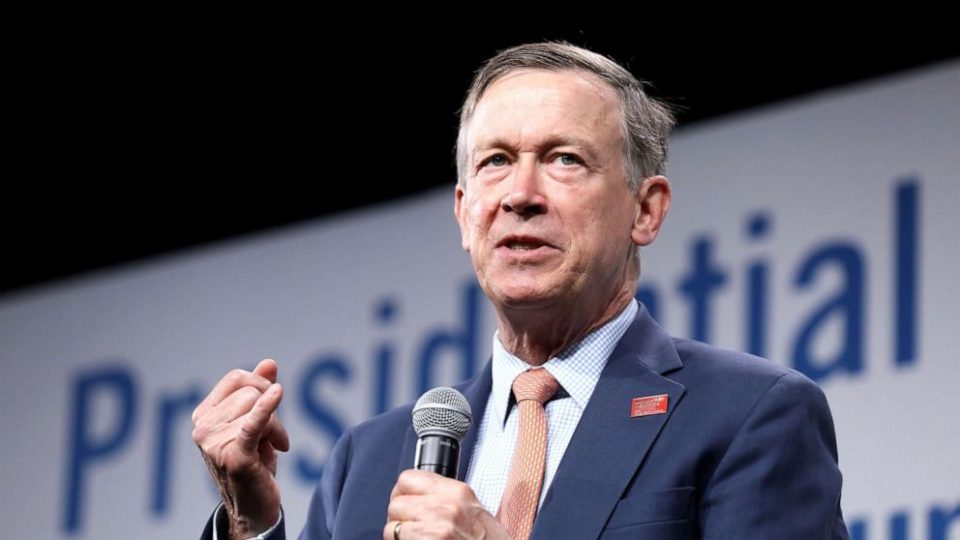 The TAKE with Rick Klein

Colorado’s John Hickenlooper and Utah’s Jon Huntsman both rode terms as governor into runs for the White House, a Democrat and a Republican who campaigned as outside-of-Washington westerners who weren’t afraid to work with someone from the opposite party.

On Tuesday, both face primaries in comeback bids that test their states and their political brands. The contests — one in a purple state, the other in a red one that isn’t necessarily pro-Trump — will also mark how thoroughly President Donald Trump has remade politics inside of both parties.

Hickenlooper’s glide path to the Democratic Senate nomination has been disrupted by world-altering events. The COVID-19 crisis and protests against police brutality have resurfaced old comments and empowered progressives in the final weeks of voting.

Another veteran Democrat — Andrew Romanoff — wants to rewrite the playbook around efforts to take on Sen. Cory Gardner, R-Colo. Given Trump’s standing in Colorado, it’s a must-win state for Democrats if they have hopes of capturing the Senate.

Meanwhile, in Utah, Huntsman’s bid to get his old job of governor back is complicated by a few jobs he had in between. Before he was Trump’s ambassador to Russia, he was former President Barack Obama’s ambassador to China — a post he left to run for president in 2012.

In that race, the other leading GOP candidates are sparring over who supports Trump the most — yes, in the state represented by Sen. Mitt Romney, the only Republican in Congress to have supported Trump’s impeachment.

The lieutenant governor, Spencer Cox, has had to explain his 2016-vintage tweets about the president, and Huntsman had called on Trump to drop out of that race after the “Access Hollywood” tape emerged.

There was a time when Hickenlooper-for-Senate and Huntsman-for-governor might have felt like automatic wins, at least in their parties’ primaries. That time is not the Trump era.

The RUNDOWN with MaryAlice Parks

More than a day after the president tweeted video of one of his supporters shouting, “white power” neither he nor anyone at the White House or on the campaign has apologized or condemned the racist phrase.

White House press secretary Kayleigh McEnany said the president tweeted the video to stand with his supporters who are oftentimes demonized and insisted the president did not hear the words — although they are clearly audible at the beginning of the video.

“It was obviously a mistake and as soon as that was brought to his attention, the tweet was removed….and it’s very clear he does not tolerate that and does not support it,” Trump campaign adviser Corey Lewandowski told ABCNL Prime Anchor Linsey Davis on Monday night.

The phrase is, of course, a shockingly extreme one to promote white nationalism and white supremacy.

While a tweet can seem like a fleeting moment, the sentiment from the West Wing and the GOP on Monday rang eerily similar to the tone struck in the days following the deadly Charlottesville, Virginia, rally nearly three years ago. In both instances, Trump and his team took pains not to criticize a MAGA supporter regardless of how racist, threatening or extreme his comments were. Without distancing himself from that white nationalistic language, the president is instead suggesting that he wants the support of such extremists or is even actively courting it.

Some will argue that the most extreme factions of a group do not represent the whole — and that is definitely true — but it is hardly a courtesy this president has afforded to any other group of people besides his most ardent fans. Instead when it comes to other groups of Americans, he has been quick to say the most dangerous or violent speak for the lot.

The TIP with Alisa Wiersema

As incumbent Rep. Kendra Horn aims to keep Oklahoma’s only blue congressional district in Democratic territory for another term, nine Republicans are slated to duke it out in Tuesday’s primary election in the hopes of challenging her in the fall. Amid the crowded field, it’s likely that state Sen. Stephanie Bice and businesswoman Terry Neese see their fundraising efforts carry them to an August runoff election.

Bice is endorsed by New York Rep. Elise Stefanik, and has raised the most money so far in the primary. Both Bice and Neese are also part of the Republican Young Guns, a recruitment program led by House Republican Leader Kevin McCarthy and run by the National Republican Congressional Committee. Within the program, Bice is one level ahead of Neese.

The possible outcome would represent a favorable scenario for House Republicans, who are hoping to see more GOP women elected to Congress, but the two months leading to a runoff could also give Democrats more time to hone their strategy as GOP infighting continues through the summer.

The final matchup will be equally pivotal for both sides of the aisle given Oklahoma’s recent political history. In 2018, Horn just barely bucked a 44-year-long trend of GOP congressional control by winning nearly 51% of the vote and helping Democrats take the House. With Republicans looking back at Trump’s landslide of a 2016 state-wide victory, keeping the seat from going back to red will be no easy feat.

Former Vice President Joe Biden will ramp up his attacks on President Donald Trump in a speech on Tuesday over what the presumptive Democratic nominee says is his “failure to protect the American people,” from the COVID-19 pandemic and to coordinate an effective response to stem the spread of the deadly virus that has already claimed over 125,000 American lives.

FiveThirtyEight Politics Podcast. A slew of new, high-quality polls provides the clearest picture yet of the presidential race in swing states, and it isn’t looking good for President Donald Trump. In this installment of the FiveThirtyEight Politics podcast, the crew discusses polling showing Joe Biden leading in every swing state and essentially tied in Georgia and Texas. They also look at how Republican politicians are responding to new outbreaks of COVID-19 across the Sun Belt. https://53eig.ht/2N3pH1r

WHAT YOU NEED TO KNOW TODAY

Download the ABC News app and select “The Note” as an item of interest to receive the day’s sharpest political analysis.

The Note is a daily ABC News feature that highlights the key political moments of the day ahead. Please check back tomorrow for the latest.

Bolton’s book is damaging to Trump, but doesn’t exonerate himself either

Quirky collection in Hennepin County’s Central Library is ‘like your own personal...

Are you on the list? Biden’s democracy summit spurs anxieties — and...