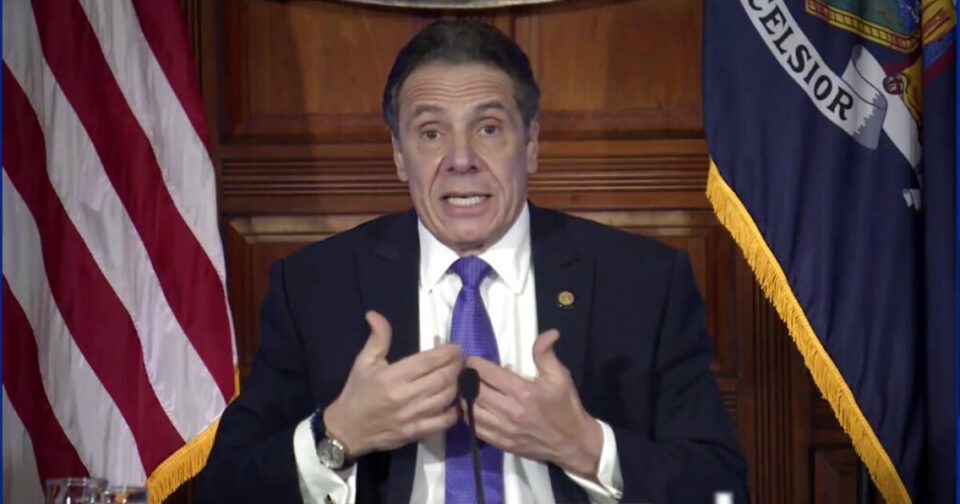 The New York State Assembly has released its long-awaited report on an impeachment inquiry into former Gov. Andrew Cuomo. It finds that Cuomo oversaw a toxic workplace where he sexually harassed multiple women, and that he used staff to write and edit a $5 million memoir at the height of the COVID-19 pandemic in the state.

The report concludes that Cuomo “engaged in multiple instances of sexual harassment, including by creating a hostile work environment and engaging in sexual misconduct.”

It also finds that Cuomo used state resources and property by directing his top staff to help him write and edit a book on his leadership during the pandemic. Those transgressions would be a violation of the state’s public officer’s law.

The Assembly impeachment inquiry also looked into Cuomo’s controversial handling of nursing home policy during the height of the pandemic, and found that the former governor “was not fully transparent regarding the number of nursing home residents who died as a result of COVID-19.”

Cuomo resigned in August, a day after the Assembly announced it was poised to begin impeachment proceedings.

Assembly Judiciary Committee member Phil Steck said the report shows that there was enough evidence to impeach Cuomo, had he remained in office.

“He thought the rules didn’t apply to him, because he was so powerful, and people were afraid of him,” Steck said. “And at the end of the day, it eventually caught up with him.”

The report mirrors the state Attorney General’s Office’s report, which also found that the former governor sexually harassed 11 women and sexually assaulted one. The attorney general’s report also found that Cuomo and his top aides undercounted the number of nursing home deaths in the pandemic by 50%.

The Assembly’s investigation was conducted by Davis Polk & Wardwell, an outside law firm. Lawyers there reviewed hundreds of thousands of pages of documents, including photographs, text messages, emails, recordings of phone calls, social media accounts and other sources. More than 200 witnesses gave interviews and depositions.

Blair Horner, with the government reform group the New York Public Interest Research Group, said the report shows a governor and his staff who bent the rules to suit their own purposes.

“It painted a picture of an administration that just had lost its ethical moorings,” Horner said.

Horner said the report underlines the need in New York for an independent ethics commission.

“We drive slower on the Thruway when there are speed traps,” he said. “My guess is the former governor and his staff might have behaved differently if they knew the state’s ethics watchdog was not only going to bark, but bite if they violated the law.”

The state’s Joint Commission on Public Ethics was largely viewed as controlled by Cuomo. Horner said Cuomo is the third governor in a row, after David Paterson and Eliot Spitzer, to be felled by ethical transgressions.

Gov. Kathy Hochul has replaced several Cuomo appointees on the Joint Commission on Public Ethics, and last week the ethics panel voted to rescind Cuomo’s book deal. But Horner said Hochul and the state Legislature need to do more to ensure an independent ethics review board going forward.

“This has got to stop,” Horner said.

Steck said he can’t speculate on whether the report’s findings could lead to criminal charges against the former governor. He said that is up to the district attorneys. But he said if a legislator were to use staff and state resources to write a for-profit book, they would likely be in serious legal trouble.

“He was using his office, all day, for the purpose of writing a book,” Steck said. “If I did that for my political campaign, I’d be indicted.”

Cuomo is already facing a misdemeanor charge over allegations that he inappropriately groped a staffer’s breasts. He is due to appear in Albany City court on Jan. 7. There’s also an ongoing federal probe into the administration’s nursing home policies.