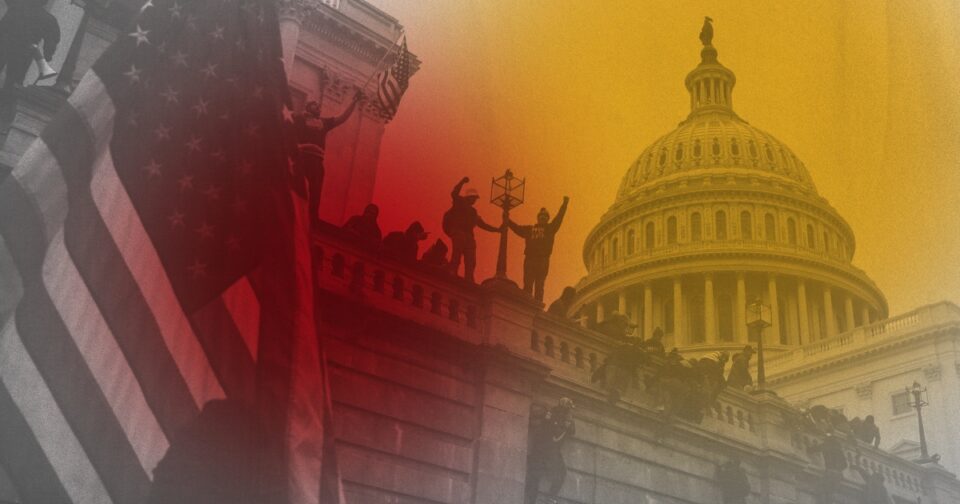 The House of Representatives doesn’t exactly have a great record when it comes to fights with former President Donald Trump. Over the course of two years, Trump managed to scuttle, stymie or stonewall every investigation into his misconduct that congressional Democrats threw his way. That included not one but two impeachment inquiries, the biggest gun in Congress’ constitutional arsenal.

Trump counted on the separation of powers to shield him — the head of the executive branch — from legislative branch inquires. But the investigation that kicked off Tuesday has the potential to be different. This time around, the House may not be willing to take no for an answer.

Rep. Adam Schiff, D-Calif., was front and center during the first impeachment inquiry in 2019, first leading the probe as chair of the Intelligence Committee and then managing the House case during Trump’s Senate trial. At every step of the way, the Trump administration forbade any voluntary compliance with Schiff and other committee chairs’ demands for records, communications and testimony from witnesses. The few documents that were turned over, like emails and text messages, came from career government officials, jilted political appointees or freedom-of-information lawsuits filed from outside Congress.

This time around, the House may not be willing to take no for an answer.

Notably, while Schiff did issue subpoenas during that first impeachment inquiry, Trump administration members just, well, ignored them — and the House didn’t go to court to enforce any of them. The Trump administration had already spent months fighting a subpoena from Congress over the testimony of a former White House lawyer. It was clear that any new subpoenas would face a similarly drawn-out battle, leading Democrats to simply withdraw the one that was most likely to slow down the process.

For the Jan. 6 committee’s work, Schiff told the hosts of “Pod Save America” on Monday evening, he is in favor of skipping the voluntary stage of evidence collection and going straight to compulsion. “We want to make sure that when we request documents that we get them all,” he said. “And if you do it simply on a voluntary basis, then people can refuse and there’s no repercussions.”

What kind of repercussions could be on the table? Well, here’s what Schiff told reporters during a briefing Monday:

In theory, when Congress issues a subpoena and someone ignores that subpoena and is in contempt of that subpoena, it can be pursued by the Justice Department. Over the last four years, the department obviously was not willing to enforce any congressional subpoenas — that was the result of having one of the president’s chief enablers as the attorney general under Bill Barr.

And based on what other members of the committee have said, including the chair, Rep. Bennie Thompson, D-Miss., Schiff isn’t alone in his gung-ho approach. Thompson told The Wall Street Journal on Monday that he would be more than happy to compel testimony from his fellow members of Congress and potentially Trump himself.

Rep. Liz Cheney, R-Wyo., likewise said Tuesday on ABC’s “Good Morning America” that Rep. Jim Jordan, R-Ohio, could become a material witness in the House’s investigation. House Minority Leader Kevin McCarthy, R-Calif., could also be subpoenaed to disclose his communications with Trump on the day of the attack, Cheney said. (McCarthy attempted to name Jordan to the panel, but House Speaker Nancy Pelosi, D-Calif., blocked the appointment, triggering a major tantrum from McCarthy.)

“We must issue and enforce subpoenas promptly,” Cheney said in her opening statement Tuesday. “We must get to objective truth. We must overcome the many efforts we are already seeing to cover up and obscure the facts.”

I can’t overstate how important it is that this time the executive branch is fully onboard with Congress’ work instead of being the target of the investigation. The Justice Department told several former Trump administration officials Tuesday that they’re free to talk to Congress about efforts to overturn the election last year. That means Schiff’s theory about the Justice Department’s lending a hand in enforcing subpoenas is probably a correct one.

Now, it’s possible that some former officials will pull a John Bolton when subpoenaed. The former national security adviser refused to testify voluntarily in 2019; instead, he wanted to take the House to court in hope that a judge would rule that former White House advisers could keep conversations with the president secret. Instead, Democrats opted not to subpoena him at all. But after several smackdowns of executive immunity from the Supreme Court in recent years, that seems like a chance Democrats should be willing to take.

And unlike in the Ukraine impeachment saga, or even Trump’s second impeachment trial just a few weeks after the attack, the Jan. 6 committee has a pretty good idea whom it should be questioning. There has been a surge of new reporting in the intervening months about Trump’s final days in office and the assault on the Capitol. That includes several forthcoming books, whose sources should be able to offer some excellent on-the-record testimony. Likewise, the courts keep providing new angles for Congress to pursue as the legal cases against the hundreds of alleged insurrections move ahead.

I can’t promise that it’s all smooth sailing ahead for the Jan. 6 committee. There are sure to be internal fights about the scope of the investigation and relentless attacks from Republicans who seem confident they won’t like the results. But compared to the obstruction Trump lobbed at Congress before? This is going to have way more of a chance of actually ending up with a result that holds people who’ve betrayed the trust of the nation accountable.

Hayes Brown is a writer and editor for MSNBC Daily, where he helps frame the news of the day for readers. He was previously at BuzzFeed News and holds a degree in international relations from Michigan State University.