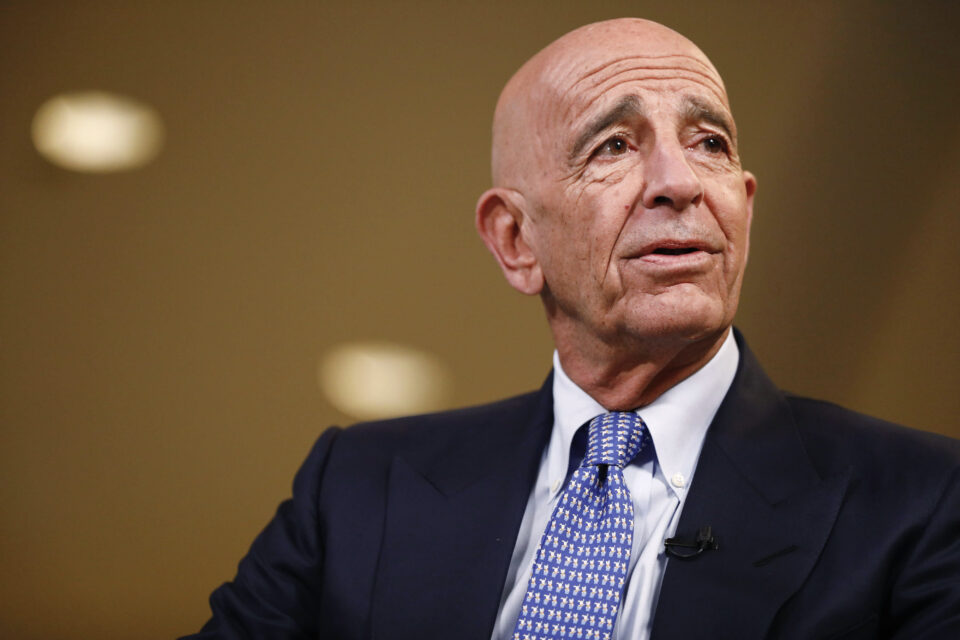 WASHINGTON – Tom Barrack’s defense attorneys have their work cut out for them, given the breadth and specificity of the evidence in the 45-page federal indictment against him filed last week.

Prosecutors allege that Barrack secretly took direction from the government of the United Arab Emirates, and used his status as an informal advisor to the Trump White House on Middle East strategy to push for the policies that Emirati officials told him to.

In a case that features a co-defendant who was working for the UAE’s intelligence service, and a sensitive subject like U.S. policy in the Middle East, experts say there are several interesting paths the defense could take.

For example, if Barrack’s lawyers try to argue that the White House knew he was working on behalf of the UAE, the conversations Barrack had with U.S. officials, telling them who he was working for, could contain classified material.

In the event they do, there’s a chance Barrack’s defense lawyers could resort to a legal defense tactic called graymail.

Graymail happens when the defense threatens to expose classified government information during the course of a trial, in the hopes of forcing the government to drop the case rather than risk the exposure of potentially damaging state secrets.

Barrack’s attorneys did not respond to questions from CNBC about their strategy.

“It’s absolutely possible that the defense will threaten to expose classified information in order to prove [Barrack] wasn’t acting without anyone’s knowledge,” said a former top national security official who was granted anonymity to discuss how classified material is used.

In order to prevent defense attorneys in national security cases from deploying graymail, prosecutors typically tailor their strategy to avoid making classified material a relevant or necessary part of mounting a defense.

Barrack, a longtime ally of former President Donald Trump, was charged along with Rashid Sultan Rashid Al Malik Alshahhi, an Emirati national with close ties to the royal family, and Matthew Grimes, a junior employee at Colony Capital, which Barrack founded.

Grimes and Barrack have pleaded not guilty. Al Malik is still at large.

Thomas Barrack, a billionaire friend of Donald Trump who chaired the former president’s inaugural fund, stands beside his co-defendant and former employee Matthew Grimes and his lawyer Matt Herrington during their arraignment hearing at the Brooklyn Federal Courthouse in Brooklyn, New York, U.S., July 26, 2021 in this courtroom sketch.

The desire to avoid classified information could help to explain a curious element of the formal indictment against Barrack: The timeline.

It appears to be carefully designed to keep alleged crimes within a specific time frame, from April 2016 to October 2017.

After 18 months of near-constant communication among the three defendants, the last contact in the indictment is a text message on October 11, 2017.

The messages indicate that, at the time, the three co-defendants were ramping up an effort to influence how the U.S. responded to a UAE and Saudi-led blockade of Qatar.

But whether Barrack and his co-defendants succeeded may never be publicly known, because the indictment ends abruptly with the October 11 message.

“It seems like they have some evidence after that that they don’t want to surface, because it could be relevant to these charges,” said the former national security official.

The duration of the overall conspiracy, prosecutors said, was two years, from April 2016 to April 2018.

But the indictment doesn’t describe what happened during the six months between October 2017 and April 2018.

Yet even with careful planning by the prosecution, there are still several defense strategies that could draw on classified information while remaining inside the current window of time.

Barrack’s lawyers could argue that he did not violate the law that prohibits acting as a foreign agent in the United States without registering with the Justice Department, because people in the Trump administration could have known he was acting at the direction of the UAE.

As a top campaign bundler for Trump and the chairman of his inaugural committee, Barrack had access to the key players working on U.S. policy in the Middle East. Inside the West Wing, this was spearheaded by Trump’s son-in-law, Jared Kushner.

“Given Jared Kushner’s involvement in these issues, and others at the highest levels, it’s hard to believe that there weren’t conversations between Barrack and some of the people at that level about what he was hearing from the Emiratis,” said the former national security official.

If Barrack discussed his work on behalf of the UAE with top White House officials, his lawyers could argue that while Barrack did not register as an agent of the UAE through official channels, like the law requires, he nonetheless disclosed it in a practical way.

A spokesman for Kushner did not respond to questions about whether the two men ever discussed Barrack’s work.

The Trump administration’s preference for conducting foreign policy through informal back channels is well documented, however.

“I think the Trump administration sort of created new norms in terms of the communications through back, rather than transparent and official channels,” said Michael Atkinson, inspector general of the Intelligence Community from 2018-20.

“We saw that with Russia and Ukraine, and there were allegations that it was done with China.”

Shortly after Trump was elected in 2016, Kushner tried to open a backchannel for Trump to communicate privately with Russian President Vladimir Putin.

In 2019, Trump was impeached for pressuring the president of Ukraine to open a sham investigation into Trump’s political rival, then-candidate Joe Biden.

The prevalence of these unofficial channels made it difficult to know exactly what the Trump administration was saying to allies and adversaries overseas at any given time.

But this confusion could also factor into another possible defense strategy for Barrack, said Atkinson, now a partner at Crowell & Moring.

Barrack’s lawyers “could argue that there was no harm, because the interests of the United States and the UAE were aligned in these matters. So no harm, no foul,” he said.

“They could even try to argue that what these defendants were doing was in the best interests of the United States,” he said.

This is the argument that Al Malik’s lawyer, Bill Coffield made to The Intercept in 2019. Coffield denied that his client was a spy, but declined to answer more specific questions.

Al Malik “is a businessman who loves the UAE and the U.S.,” Coffield said at the time. “He has openly shared his beliefs that the best way to forge a stronger bond is through economic prosperity.”

Atkinson, however, is skeptical that this defense would work.

“This is not a viable defense under the statute,” he said.

“Even in cases where the United States and a foreign country are pursuing the same objectives, the government doesn’t want people sitting in those types of meetings, and not knowing that they’re acting at the behest, or the direction, of a foreign government.”