Susan Collins says her vote to acquit Trump wasn't about predicting his behavior after saying he 'learned' from impeachment - ImpeachBeat.com 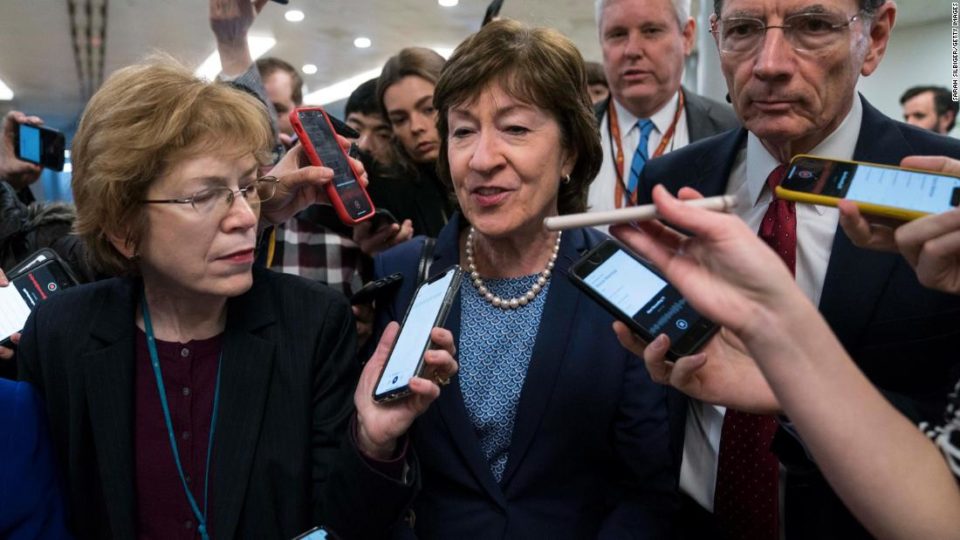 When asked by CNN on Wednesday what Trump had learned from the impeachment process, Collins would not directly answer the question, instead defending her position and saying that her vote was “solely” based on whether the House managers reached the high bar for removing a sitting president, she said.

“My vote to acquit the President was not based on predicting his future behavior. It was based solely on the issue, whether or not the house managers reached the high bar for removing a duly elected president,” Collins said. “And in my judgment, they did not.”

“That was the basis for my vote,” she said, accusing the media of misrepresenting her position without specifying what she meant by that criticism.

Collins continued, “So I don’t understand why you keep linking how I voted to whether or not the President’s learned to be more careful, in conversations with foreign leaders, which is what I was talking about.”

Collins is referring to media coverage of and reaction to her comments in an interview with CBS’ Norah O’Donnell, where she defended her vote to acquit Trump on both articles of impeachment.

“I believe that the President has learned from this case,” Collins told O’Donnell in the interview earlier this month ahead of the February 5 vote in Trump’s Senate impeachment trial..

She continued, “The President has been impeached. That’s a pretty big lesson. I’m voting to acquit. Because I do not believe that the behavior alleged reaches the high bar in the Constitution for overturning an election, and removing a duly elected president.”

When O’Donnell asked Collins what she thinks Trump learned, Collins responded, “He was impeached. And there has been criticism by both Republican and Democratic senators of his call. I believe that he will be much more cautious in the future.”

The Republican-controlled senate voted to acquit the President in a trial that concluded last week. However, Collins, who is up for reelection in a purple state, has continued to face questions over her vote. Collins was also one of only two GOP senators to vote in favor of allowing witnesses and additional documents in the trial.

Impeachment Will Never Be the Same Again