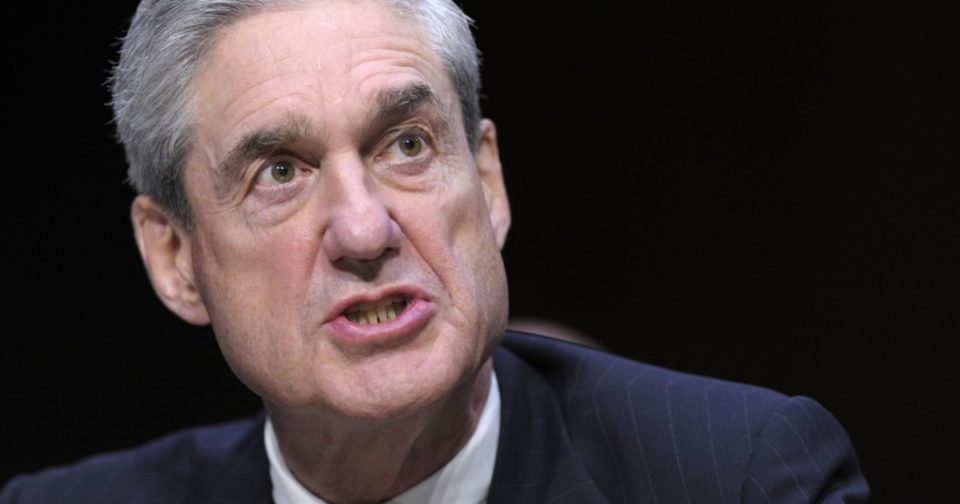 The Supreme Court came to the aid of President Trump on Thursday by agreeing to hear his claim that the redacted parts of the Mueller report should not be seen or reviewed by the House Democrats who led the president’s impeachment.

The court’s decision, in a one-line order, means the public will not see — prior to this year’s presidential election — all of the findings of the official investigation of Russian meddling into the 2016 election and the administration’s possible obstruction of justice.

The justices voted to block the release of this information and said they would hear arguments in Department of Justice vs. House Judiciary Committee this fall over whether it would violate the principle of grand jury secrecy to give the material to the House.

Rep. Adam Schiff (D-Burbank), chairman of the House Intelligence Committee, said the court’s “decision denying Congress access to the Mueller grand jury material is a serious setback to the interests of transparency and accountability. The extreme lengths the Trump administration has gone to [to] hide this material tells you all you need to know about their consciousness of guilt.”

The decision is the latest sign of the conservative justices’ lean toward the president and the executive branch over Congress. Four of the justices on the right worked as White House or Justice Department lawyers in earlier Republican administrations, and they regularly vote in favor of executive authority.

On Monday, the court by a 5-4 vote struck down Congress’ plan for a semi-independent director of the Consumer Financial Protection Bureau, ruling the president has the power to fire the director at will. While the five conservatives said the Constitution calls for strong executive authority, the four liberal justices said it is Congress, not the president, who is empowered to structure the government.

The legal dispute over the Mueller report turns on whether the executive branch or the House has control over information and evidence gathered by a grand jury.

But Trump’s Justice Department took a different view. Its lawyers insisted on redacting some parts of the report issued by special counsel Robert S. Mueller III, and they went to court to fight House Democrats who sought to examine this material.

A federal judge and the U.S. Court of Appeals in Washington ruled against the Justice Department in March on the grounds that the federal rules say grand jury material may be used in a “judicial proceeding,” and that an impeachment qualified as a judicial proceeding. The appeals court also said the grand jury is under the control of the district judge, not the Justice Department.

But Trump’s lawyers appealed to the Supreme Court in early May and asked to have that ruling put on hold. They argued for preserving the secrecy of the grand jury. They also said that, since the impeachment ended with Trump’s acquittal in the Senate, the House had no further need for the information.

In response, the House Democrats said the appeals court’s ruling “accords with the decisions of every judge who has ever considered the issue” of whether Congress may obtain grand jury findings that could figure in an impeachment. “It is also consistent with the position DOJ had maintained for nearly half a century before this case,” they said.

Still pending before the high court is Trump’s bid to block demands from House Democrats and a New York grand jury that seek his tax returns and financial records. Trump lost in three lower courts, and the justices are expected to rule, probably next week, on his appeal.