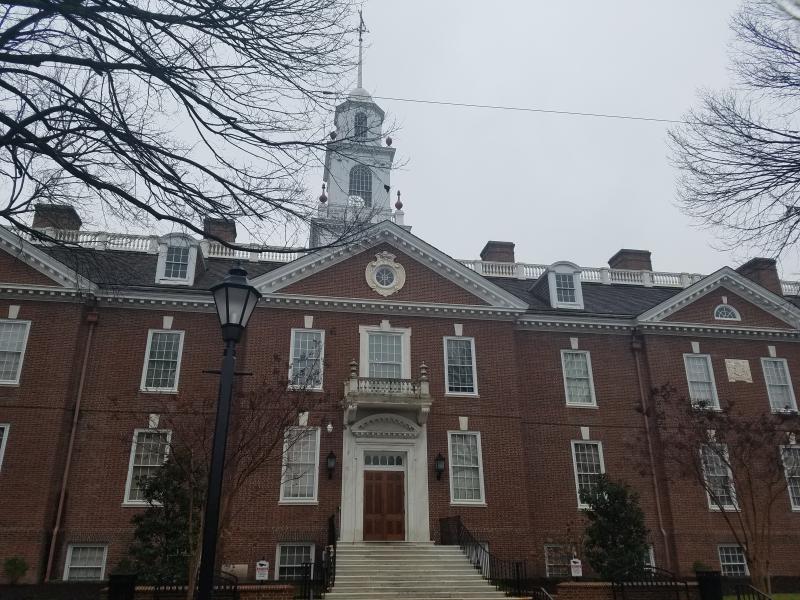 Some individual lawmakers want State Auditor Kathy McGuiness to resign after her indictment on corruption charges, but House and Senate leadership stop short of such calls.

In separate statements Wednesday, House and Senate leadership instead suggest McGuiness take a leave of absence while her case heads through the courts.

House leadership cited the ongoing nature of the investigation for its stance, saying “we do not wish to complicate, jeopardize or otherwise interfere with the investigatory process or the criminal proceedings that have been initiated.”

Leadership in both chambers say they are examining their options. There are a few ways to remove McGuiness from office; The House can impeach the auditor, similar to federal impeachment procedures, but the governor can also remove any officer with a two-thirds affirmative vote from both chambers.

Lawmakers say the allegations and charges shatter the public’s confidence in the ability for McGuiness to do her job as watchdog of the state’s taxpayer funds.

That has led a few lawmakers, like State Rep. Paul Baumbach (D-Newark) and Eric Morrison (D-Newark), to call for McGuiness to resign. The head of the Delaware Democratic Party, Besty Maron, also issued a statement this week saying McGuiness should step down.

McGuiness appeared in court Tuesday, where she pleaded not guilty.

She could face up to 13 years in prison if convicted on the two felony and several misdemeanor charges.

Roman Battaglia is a corps member with Report for America, a national service program that places journalists into local newsrooms.

This story has been updated. The governor can remove an officer with a two-thirds vote from both chambers of the general assembly, not soley the house.