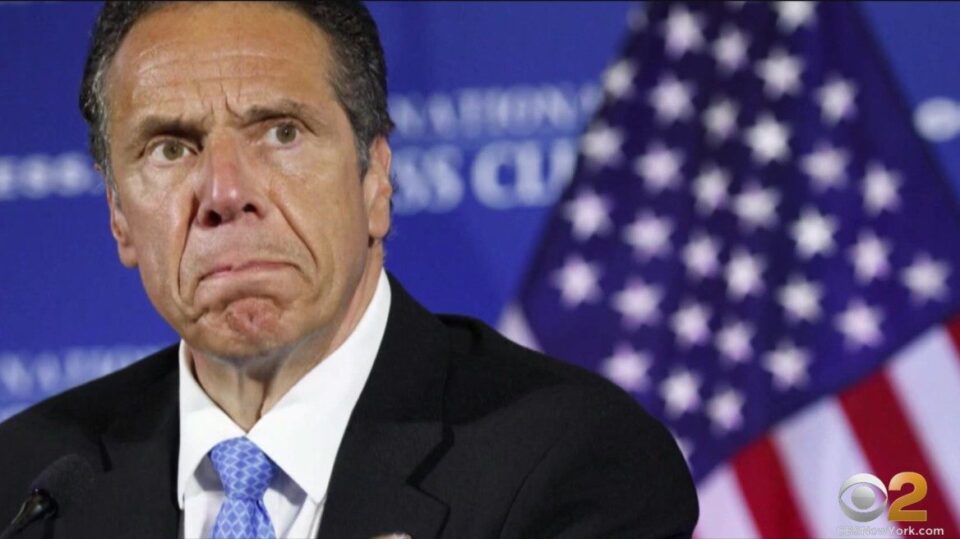 CBS2 has learned the hotline set up as part of the State Assembly’s impeachment process has been swamped with tips and messages containing information on alleged wrongdoing by New York’s chief executive.

“I was a young, vulnerable woman in what felt like a cesspit of toxicity,” accuser Ana Liss said last month.

New Yorkers have already gotten an earful, and now assembly members considering the possible impeachment of Gov. Cuomo are about to get a whole lot more, CBS2’s Marcia Kramer reported.

It’s not only about sexual harassment allegations, but charges that Cuomo aides cooked the books on nursing home deaths during the pandemic and other possible improprieties.

The Cuomo impeachment hotline has gotten dozens and dozens of tips with information for investigators to follow.

“There have been well in excess of a hundred communications through the hotline,” said Assembly Member Charles Lavine (D) from Glen Cove. “We want to make sure that we leave no stone unturned during the course of this investigation.”

Lavine is heading up the Cuomo impeachment probe.

“Do you expect to take testimony from the governor or any other people in the executive chamber?” Kramer asked.

“There have been communications with counsel for representatives or members of the executive chamber,” Lavine said.

Assembly Member Michael Montesano (R) from Hicksville is also a member of the impeachment panel. He says there will also be an examination of the book Cuomo wrote about the pandemic and whether information on nursing home deaths was covered-up to make him look good.

“There’s an idea out there that in order to make the book fit the story… the statistical data had to be changed,” Montesano said.

Montesano told CBS2 that members of the assembly are also concerned about the treatment of current employees still working for Cuomo who have made sexual harassment charges.

“We’re always concerned about that,” he said. “There can be no retaliation to the worker.”

The governor was asked about that on Wednesday.

“Obviously, my hope is that everybody treats everyone with respect and professionalism and collegiality,” Cuomo said.

A Cuomo spokesperson downplayed the significance of the tips, pointing out there are 19 million people in the state.