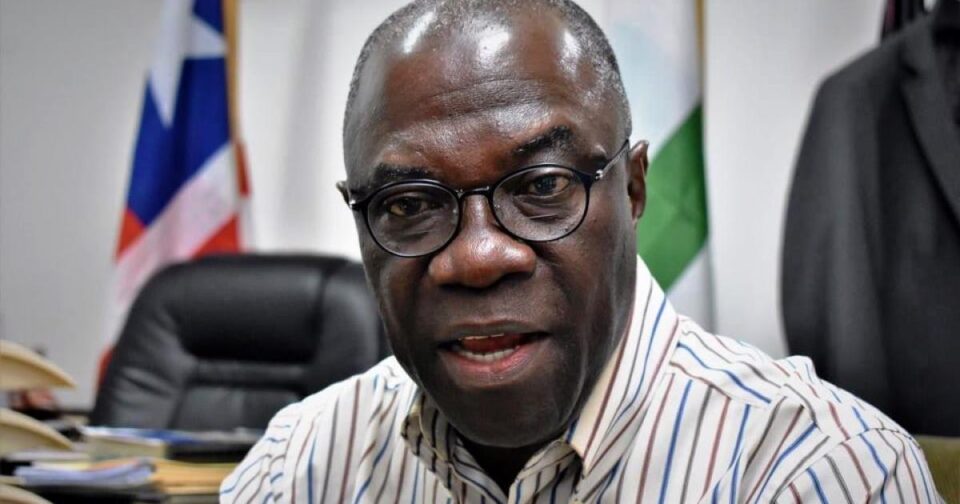 Senator Milton Teahjay of Sinoe County has threatened to have Judge Korboi Nuta of Criminal Court ‘B’ impeached if the Senator is ever cited again to respond to a theft case against him.

Senator Teahjay had earlier been cited by Judge Nuta to a complaint accusing him of motor theft and forgery.

The Senator has been taken to court by Patricia Matee Flomo, a Diaspora Liberian who accused him of the above crimes.

However, Senator Teahjay declined to honor the Court order or citation and instead wrote the judge that any further citation could result in his removal from Criminal Court ‘B’ through an impeachment trial.

While acknowledging the citation, Sen. Teahjay warned Judge Nuta that his actions contravene his senatorial immunity, as enshrined in Article 42 of the Constitution of Liberia.

“Considering the citation, it interferes with and/or obstructs the Honorable Senator’s legislative duties and responsibilities in which instance, Judge Nuta could be cited for contempt of the Liberian Senate and removed from office at its next session, should he repeat this violation by citing a Senator sitting in Legislative session, as provided for by Section 31 of the Legislative Law,” the Senator’s communication added.

Article 42, on which Sen. Teahjay is basing his argument, states that “No member of the Senate or House of Representatives shall be arrested, detained, prosecuted or tried as a result of opinions expressed or votes cast in the exercise of the functions of his office.”

The Senator further states that his response to the citation was based on recourse available to him under the law.

Before Sen. Teahjay threatened Judge Nuta, his accuser had complained that the senator was in an illegal position of her US$20,000 BMW,  which she asked the Senator to clear from the Free Port of Monrovia, using Teahjay’s legislative tax waiver.

Madam Flomo also alleged that Senator Teahjay promised to clear her vehicle using his legislative privilege after she was introduced to the senator by one of the senator’s brothers, Patrick Teahjay, who also resides in the United States of America.

According to the accuser, Senator Teahjay cleared the vehicle in March of 2021, at which time, she asked him to hand over the vehicle, but he refused.

“Teahjay refused to give the car to my father before his death, claiming that the car belongs to him. Since then, it is still in his possession,” Ms. Flomo said.

However, she claimed  Senator Teahjay’s lawyer, Counselor Arthur Johnson, earlier agreed to arrange a conference, wherein she produced all legitimate documents regarding her ownership of the car.

“It will shock you to know that Senator Teahjay falsified all the documents and had it registered in his name. This act of Senator Teahjay is criminal and intended to deny me of my right to my own property,” Ms. Flomo complained to Judge Nuta. “It is my prayer that you will call upon Senator Teahjay for a conference to establish why he refuses to turn over my car and, in so doing, order the said vehicle parked [to avoid] further wear and tear and also grant unto me all that is just and equitable in the premises.”