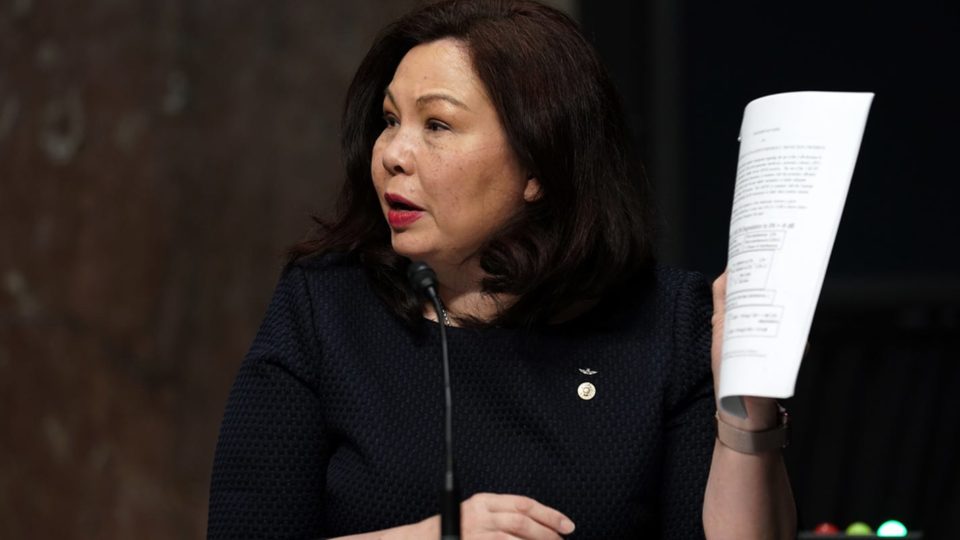 President Trump’s top health advisers attended a White House event with protective masks, though the president himself did not wear a face covering.

WASHINGTON — Sen. Tammy Duckworth, D-Ill., announced Thursday she would block over 1,100 military promotions until the Pentagon promised not to interfere in the promotion of Lt. Col. Alexander Vindman, a key witness in the impeachment of President Donald Trump earlier this year.

The Illinois Democrat, an Iraq War veteran who lost both her legs after her helicopter was shot down in 2004, said she would block the Senate confirmation of 1,123 members of the armed forces unless Defense Secretary Mark Esper “confirms in writing that he did not, or will not block” Vindman’s “expected and deserved” promotion to colonel.

Some military officials and lawmakers feared the Trump administration would interfere with the promotion of Vindman, an Iraq War veteran and Purple Heart recipient, because of his impeachment inquiry testimony, the Washington Post and New York Times reported last month.

The Senate would normally pass the list of promotions with an unrecorded or unanimous vote, but Duckworth’s objection to the promotions would halt the process and would force Senate Majority Leader Mitch McConnell to file a motion to overcome her objection.

“It is simply unprecedented and wrong for any Commander in Chief to meddle in routine military matters at all, whether or not he has a personal vendetta against a Soldier who did his patriotic duty and told the truth – a Soldier who has been recommended for promotion by his superiors because of his performance,” Duckworth said in a statement. “This goes far beyond any single military officer, it is about protecting a merit-based system from political corruption and unlawful retaliation.”

She said she would lift the hold on the promotions when Esper gave written confirmation that Vindman’s promotion will not be blocked by the Trump administration.

Vindman, who served as a Ukraine expert on the National Security Council, delivered explosive testimony during the impeachment inquiry, telling lawmakers he found Trump’s request of Ukraine to open politically motivated investigations “inappropriate” and “improper.” The then-National Security Council staffer drew open criticism from Trump as “insubordinate.” Vindman was ousted from his position after the impeachment trial concluded with Trump’s acquittal..

His twin brother, Yevgeny Vindman, was also fired from the White House despite not taking part in the impeachment inquiry or trial, and Ambassador to the European Union Gordon Sondland was also removed from his post.

Sondland had testified he worked at “the express direction of the president” to pressure Ukrainian officials to open investigations.