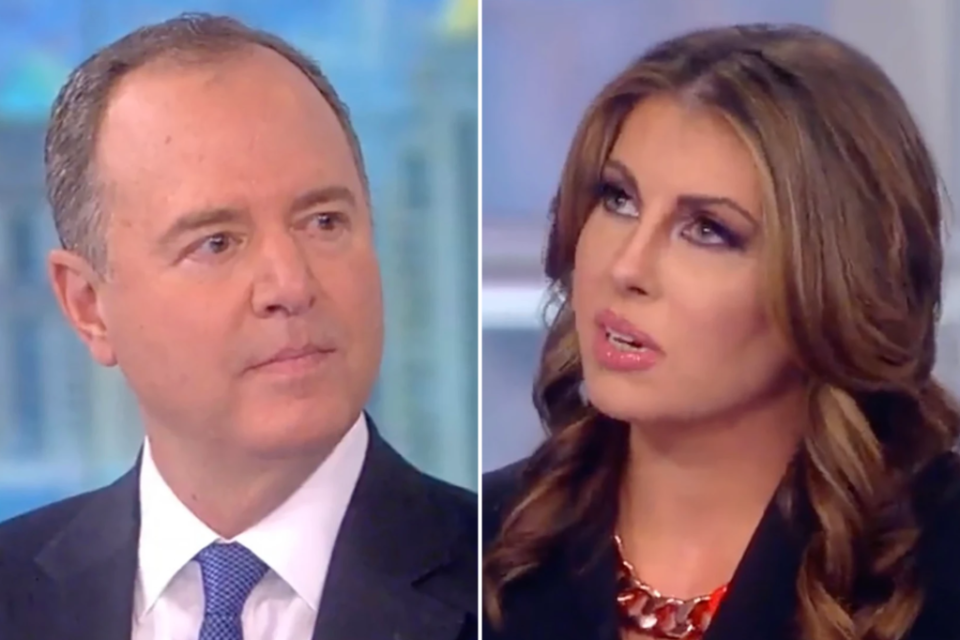 House Intelligence Committee Chair Adam Schiff used an unfortunate turn of phrase during an interview with “The View” on Tuesday, saying former President Donald Trump had incited an “erection.”

The awkward remark, referring to the Jan. 6 riot at the US Capitol, came shortly after guest host and former Trump State Department spokesperson Morgan Ortagus pressed Schiff (D-Calif.) on whether he regretted talking up the now-discredited Steele dossier.

“You defended, promoted, you even read into the Congressional Record the Steele dossier,” Ortagus said. “And we know last week the main source of the dossier was indicted by the FBI for lying about most of the key claims in that dossier. Do you have any reflections on your role in promoting this to the American people?”

Schiff defended his initial call for investigations based on former British spy Christopher Steele’s report, saying “we couldn’t have known” his sources were lying.

Ortagus pushed further, suggesting Schiff “may have helped spread Russian disinformation yourself for years by promoting” the dossier.

“Well, I completely disagree with your premise,” Schiff said. “It’s one thing to say allegations should be investigated, and they were. It’s another thing to say that we should have foreseen in advance that some people were lying to Christopher Steele, which is impossible, of course, to do.

“But let’s not use that as a smokescreen to somehow shield Donald Trump’s culpability for inviting Russia to help him in the election, which they did, for trying to coerce Ukraine into helping him in the next election, which he did, into inciting an erection …”

Schiff caught himself immediately and added “insurrection” before continuing his comments.

The hosts of the ABC talk show did not appear to be fazed by the fumble.

Schiff made a similar slip during a January appearance on CNN in which he accused House Minority Leader Kevin McCarthy (R-Calif.) of inciting an “erection.” Schiff quickly corrected his error and said “insurrection” immediately after.

The lawmaker’s Tuesday gaffe caused titters from some conservatives on Twitter.

“Even a minor pressing from – off all places! – The View has Schiff sucking for air and making Freudian slips about ‘erections’” political commentator Mike Cernovich tweeted.

“Is it my imagination or did Adam Schiff just say Trump excited his erection? If so, it would be the first honest thing Schiff ever said,” cracked “Dilbert” creator Scott Adams.

Schiff is not the first lawmaker to make the unfortunate slip. In January, Senate Majority Leader Chuck Schumer (D-NY) fumbled his words on the chamber floor when saying lawmakers would have to decide if Trump initiated an “erection” against the US.

“Make no mistake, there will be a [impeachment] trial and when that trial ends, senators will have to decide if they believe Donald John Trump incited the erection against the United States,” Schumer said before correcting himself and saying “insurrection.”