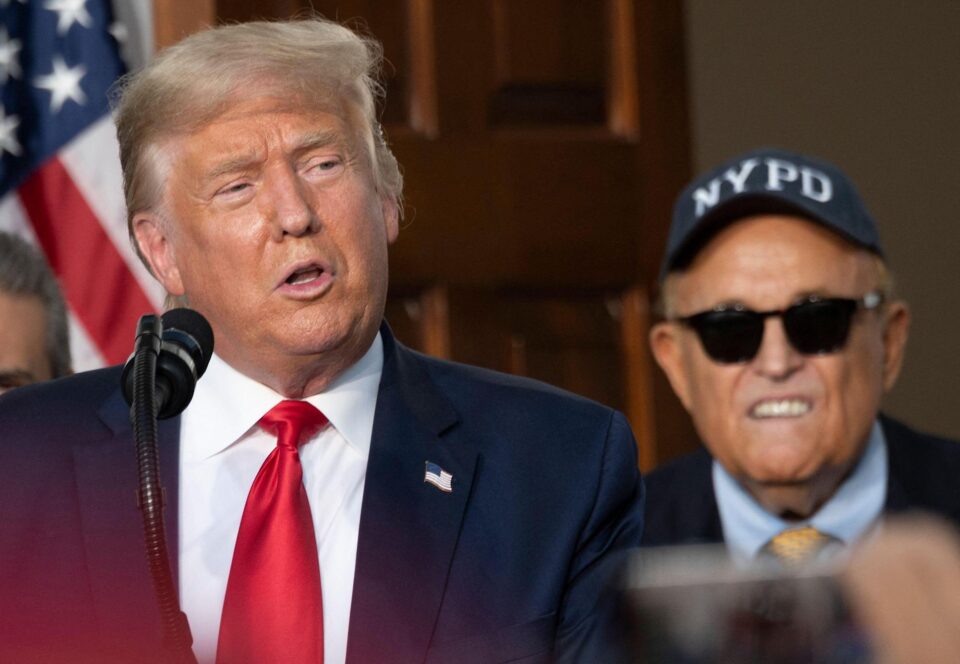 Former President Donald Trump and his cronies should beware. The search warrants executed against Trump’s former personal lawyer, Rudy Giuliani, mark a leap forward in the Department of Justice’s look into the past four years of potential illegalities. It signals turbulent waters ahead for Giuliani and his former client alike.

These warrants are not easy to get. You need to convince a judge there is probable cause of wrongdoing. The warrant must also pass tough review at the highest levels of the DOJ. That these warrants survived this double scrutiny is itself a sign of serious trouble for the former New York mayor. It is particularly unusual for prosecutors to execute a warrant against a lawyer (the most recent notable example is someone else who served as Trump’s lawyer, Michael Cohen). That’s further indication of the depths of Giuliani’s jeopardy.

Evidence against Giuliani and Trump

From what is public so far, including an acknowledgment from Giuliani himself, federal investigators are looking into whether he violated the Foreign Agents Registration Act by acting as an unregistered foreign agent for his Ukrainian “sources.” The evidence I helped present as counsel in the first Trump impeachment showed Giuliani was advancing the agenda of those in Ukraine trying to oust U.S. Ambassador Marie Yovanovitch — a staunch corruption fighter who was eventually pushed out.

In recent years, FARA has been more strongly enforced in the aftermath of the cases against former Trump campaign chairman Paul Manafort and former Trump national security adviser Michael Flynn. The Giuliani investigation is accelerating now that Trump and his DOJ allies are out of office. It would be unusual to conduct raids of this kind if prosecutors were not considering charging Giuliani under FARA.

Does his potential exposure stop there? In the past week, I have often been asked whether FARA could really be all the government was looking at. The truth is, making predictions about what else Giuliani could be charged with is difficult to do at this stage. Even the prosecutors themselves may still be contending with that question.

That said, as they await review of the seized evidence by a special, independent DOJ group screening for privileged material, investigators are likely on the lookout for other potential charges. For instance, Giuliani could have exposure to criminal conspiracy charges. Alleged criminal conduct regarding Ukraine by his client, Trump, in violation of federal bribery and other statutes, was laid out in detail in the first impeachment. There is evidence that Trump engaged in a shakedown of Ukraine, withholding hundreds of millions of dollars in desperately needed military aid to get Ukrainian officials to attack Joe Biden, who was then running for the Democratic presidential nomination.

Eye on the 2022 midterms: De-Trumpifying America will take longer than 100 days, but Biden’s off to a good start

If the elements of bribery or other crimes can be established, then Giuliani could also have potential exposure as a co-conspirator under the federal conspiracy statute. It creates an offense if “two or more persons conspire either to commit any offense against the United States, or to defraud the United States, or any agency thereof in any manner or for any purpose.” To the extent that Giuliani was a part of the alleged scheme — and the public evidence seems to suggest a unity of purpose with his client — he’s at risk.

Indeed, in a September 2019 CNN interview, Giuliani initially denied that he had requested that Ukraine investigate Joe Biden, then conceded only moments later that he had indeed done so.

Red flag for Trump and associates

But the impeachment record and admissions on cable television will only get prosecutors so far. The raids of Giuliani’s home and office last week could produce additional direct, contemporaneous evidence tying him directly to Trump’s alleged shakedown of Ukraine. Texts, calls, notes or other evidence might very well be on the devices that were seized. Normally, the two men’s communications would be privileged as part of the attorney-client relationship. But under the crime-fraud exception, if Giuliani was part of the former president’s alleged crimes, attorney-client privilege would not shield his communications relating to this misconduct.

We shouldn’t overstate the case for additional charges beyond FARA. A conspiracy charge is hardly a sure thing on the evidence that has been made public. Nonetheless, that or other charges could lurk in the background of these raids, and the materials seized might help the government get there. Even if it does not, the possible case around criminally violating FARA is serious on its own. While Giuliani is no Al Capone, it’s worth remembering that the gangster was convicted not for racketeering, but for failure to file government forms (in his case, tax returns).

Broken democracy: Biden should have addressed anti-democratic, fantasy-land Trumpism in his speech to Congress

This all has profound implications not only for Giuliani but also for the president he served. If there is damning evidence recovered through the warrants, it could implicate Trump directly on Ukraine-related misconduct. Alternatively, the evidence could strengthen the case against Giuliani to the point where he “flips,” turning on Trump and testifying against him in this matter or others.

And quite apart from the Giuliani case, the raids signal that DOJ is going to pursue wrongdoers irrespective of political considerations. Because of the broad range of potential misconduct by Trump, both as president and before he took office, that should send a shiver down his spine as well.

Whatever the ultimate outcome in the Giuliani case, one thing is clear: This is all a red flag for Trump and anyone else who followed his lead in playing fast and loose with the law. Accountability is coming.

Norman Eisen (@NormEisen), a former ambassador and ethics czar for President Barack Obama and impeachment counsel to House Judiciary Committee Democrats in 2019-20, is a senior fellow at the Brookings Institution.

You can read diverse opinions from our Board of Contributors and other writers on the Opinion front page, on Twitter @usatodayopinion and in our daily Opinion newsletter. To respond to a column, submit a comment to letters@usatoday.com.