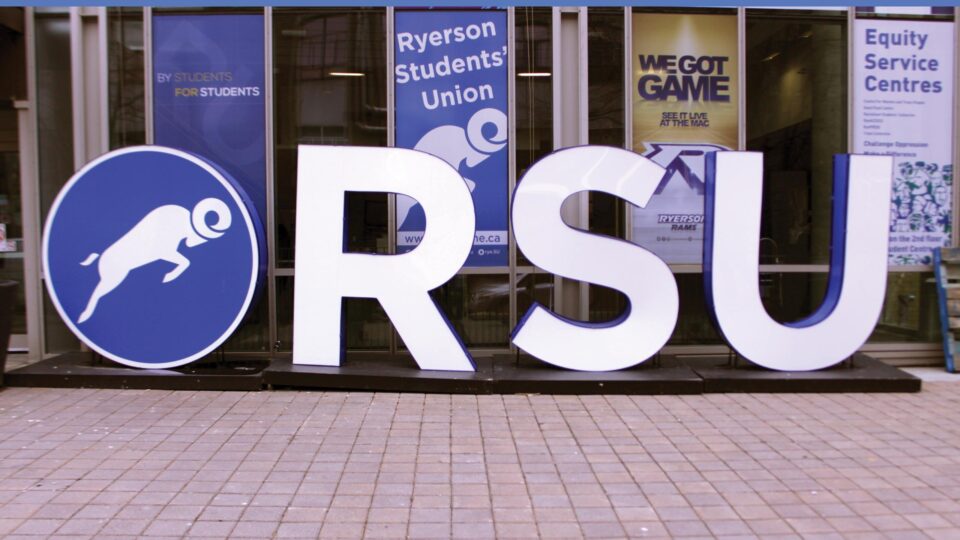 Faculty of Arts director Alexandra Nash presented the two motions at the March 31 BoD meeting as notices of impeachment to remove RSU vice-president equity Vaishali Vinayak and vice-president education Siddhanth Satish. Both impeachment motions failed, with Nash being the only board member to vote in favour.

During the meeting, Nash said she didn’t think any executive members should use students’ information “the way that it was allegedly used,” citing reports from The Eyeopener and Ryersonian on Vinayak allegedly breaching students’ privacy for campaigning purposes.

Nash added the impeachment would not affect Vinayak and Satish’s position as incoming executives for the 2021-22 academic year.

Nash ran with the opposing slate, “For the Students,” in this year’s RSU elections as a vice-president education candidate. She lost to “Adapt” candidate Tarmanjit Kaur, who won with a total of 982 votes.

“The political benefits that would come from bringing forward an impeachment motion are pretty obvious,”  Vinayak said. “This is just a last-ditch effort by people who have lost to us in a democratic manner.”

Vinayak also raised concerns about potential employers being aware of the allegations against her and being subjected to an impeachment from a Google search.

“Having to live in a system riddled with racism and racial injustice is hard enough without having to carry the shame of impeachment,” she said, adding that the impeachment was presented by board members to use a “racial trope that people of colour threaten folks” to attain political goals.

Vinayak has been accused of misusing her position as vice-president equity and her access to students’ contact information to “pressure” students into voting for the Adapt slate.

The Eyeopener previously reported that Vinayak had contacted students using the RSU’s Food Box program to tell them to vote for the entire Adapt slate. She said any claims of her breaking any bylaws are baseless and that she only contacted people she had built relationships with.

However, Maria Silvia*, a third-year student from the Faculty of Communication and Design, said when Vinayak called her about the elections, she had no close relationship with her and she didn’t even know Vinayak’s last name. Silvia added that their only interaction was when Vinayak delivered the Food Box to Silvia’s house in early March.

“It’s not that it wasn’t my choice. It was something that they told me to do and I feel like they’re forcing you to vote for them, instead of letting us choose by yourself,” Silvia said.

In Satish’s statement, he said he’s “someone who believes in following the rules” and that he didn’t break any bylaws. However, Satish disclosed that he did receive three demerit points during the elections process.

“I texted a couple folks, thinking that they were my connections from a previous collaboration but I accept my mistake and I believe I should have been more careful,” he said.

RSU president Ali Yousaf asked Nash which specific by-law Satish and Vinayak broke that led to the impeachment notice. Nash said they failed to perform their duties as RSU executives.

“Someone on the RSU board can also be impeached for breach of duty, and I very much believe that if these allegations were true, abusing students’ confidential information does constitute a breach of duty,” she said.

Nash added the RSU’s “most important duty” is to the Ryerson student body, which she said included respecting member’s personal information.

“I am not sure if anyone here has a different understanding of ethics than mine, but that is my understanding,” she said.

Homra Ghaznavi, one of the members of the RSU’s oversight committee and Ted Rogers School of Management director, said the committee did not find “any factual information” to justify the impeachments of Vinayak and Satish.

The oversight committee was implemented after the November 2019 BoD meeting to handle internal complaints within the RSU, since there was no efficient way for RSU members to make a complaint in their workplace prior to its inception.

Along with Ghaznavi, this year’s members include Zain Choudhry, Salar Hussain Syed, Sabrina Ahmed, Abaan Ahmed and RSU executive director Reanna Maharaj. As president, Yousaf said he is on all of the RSU’s committees, including the oversight committee.

“We were given very minimal information as we received a bunch of different articles and Reddit [threads],” Ghaznavi said.

“There’s a possibility that the individuals on these online [platforms] could have made multiple fake accounts to share the same opinion,” she added, referring to users saying they felt pressured to vote for the Adapt slate after receiving unsolicited messages from some of the candidates.

“I would say it is not credible information and it’s not something we can rely on,” Ghaznavi said.

She also mentioned the Chief Returning Officer’s (CRO) report gave the committee a “clear picture” of the allegations made during the election process.

“After listening to both sides of the story and the CRO report, we don’t find any wrongdoings,” she said, questioning why the impeachment motions were put forward in the first place.

Throughout the meeting, Yousaf repeatedly claimed that screenshots used as evidence against Vinayak and Satish—in which the Adapt candidates sent unsolicited messages to students asking them to vote for their slate—were fabricated.

“If we are talking about a bunch of Facebook posts, I can get some of my friends to make a few posts about a few board members and I definitely call upon a few board meetings [and] an impeachment motion too,” he said. “Don’t tell me those Reddit [posts] are the reason why we are here.”

Though the oversight committee and several RSU executives claimed the allegations against Vinayak and Satish reported by The Eye and Ryersonian were false, Nash asked if the reporters or complainants were contacted for clarification.

Yousaf said he didn’t see a need to contact campus media since, to him, “journalism means reporting on what event has happened, not getting them involved and asking what [their] opinion is.”

Yousaf also said the impeachment motions were a “waste of time” due to a lack of evidence. He is also a member of the oversight committee, which is responsible for investigating complaints forwarded to them by collecting evidence of any misconduct or violation of bylaws.

Yousaf did not reach out to The Eye to discuss the anonymous sources that came forward about being pressured by Adapt candidates.

The RSU’s Annual General Meeting is will take place on April 20 at 6 p.m.

With files from Madi Wong and Valerie Dittrich