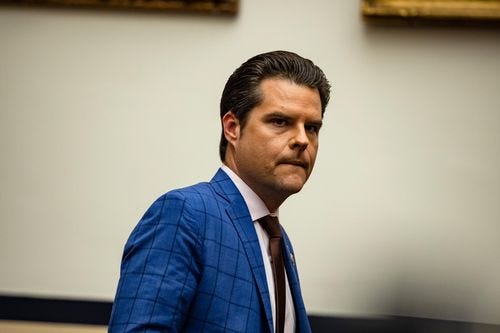 Gaetz’s support — or lack thereof — among his fellow Republicans may ultimately not matter, as Gaetz has said he’s not resigning and denied any wrongdoing. On Tuesday, Gaetz even sent a fundraising email to his supporters off of the reports about the DOJ investigation, claiming in the email, “A brand-new smear campaign has been launched against me, but I am fighting back to expose the truth.”