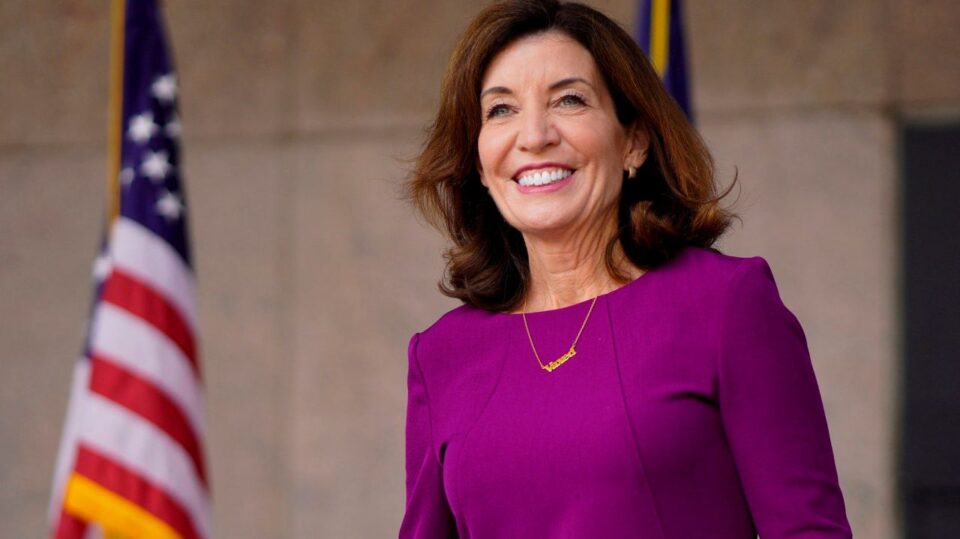 ALBANY – Gov. Kathy Hochul’s first weeks on the job is drawing support from New Yorkers, although a large swath of voters still don’t know her, according to a poll released Tuesday.

The Siena College poll found 42% of voters view Hochul favorably so far, three weeks into her tenure, compared to 17% unfavorably. About 74% of those surveyed said they are excited to have New York’s first female governor.

The downside for Hochul is 41% told Siena they don’t know enough about the new governor to have an opinion.

Hochul took over on Aug. 24 after Andrew M. Cuomo resigned following an attorney general’s report that concluded he sexually harassed multiple women and an Assembly committee signaled it would hold an impeachment vote on that issue and other charges by the end of September.

That’s a large part of why so many voters say they still don’t know her. But she’s getting good reviews so far, Siena found.

Get the latest breaking news as it happens.

“While still largely unknown to a wide swath of New Yorkers, Gov. Hochul begins her tenure with a lot of good will from voters,” Steve Greenberg, spokesman for the Siena Research Institute, said. “Among those with an opinion about her, she is viewed strongly favorably, although two in five New Yorkers don’t yet have an opinion, despite Hochul having been (lieutenant governor) … elected statewide twice.”

A majority think Hochul successfully will ensure in-classroom instruction for students (69%-16%), control the spread of COVID-19 (61-24) and employ a more collaborative approach than Cuomo (52-18), the poll found.

The poll of 700 New York state registered voters was conducted from Sept. 7-12.

Cuomo, who was first elected governor in November 2010, ended his tenure with his worst ratings ever in the Siena poll. Just 34% of voters viewed him favorably – down from 45% in June.

Besides the sexual harassment allegations, the Assembly had been investigating allegations that Cuomo used state personnel and resources to produce as pandemic memoir that landed him a $5.1 million book deal and undercounted deaths due to COVID-19 in nursing homes to deflect criticism of his health care policies.