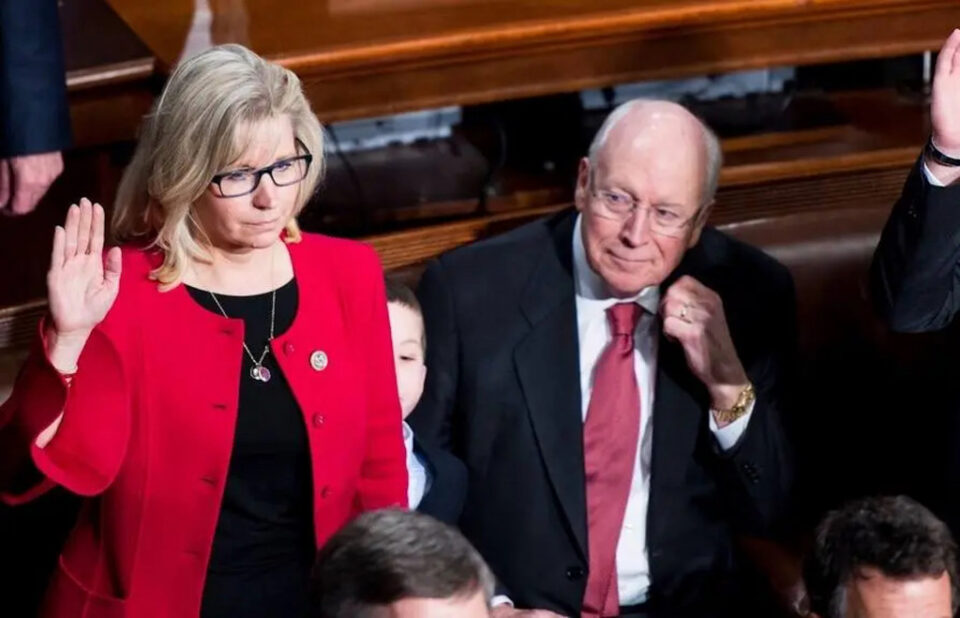 WYOMING — Hailed as the marquee event of the 2022 midterm elections, the campaign of incumbent U.S. Rep. Liz Cheney, R-Wyoming, versus a field of challengers is already on track to be by far the most expensive in state history.

Cheney’s opponents are headed by Donald Trump’s hand-picked proxy, Cheyenne lawyer Harriet Hageman. The former president views Cheney as enemy No. 1. She is one of the few Republicans who defied him by voting for his impeachment and denouncing the violent attack on the Capitol that she says he provoked.

By endeavoring to oust her, Trump is sending a message to others who might be inclined to follow her lead in trying to hasten the arrival of a party without the former president at its head.

Despite being stripped of her House leadership role and being slapped with a censure from her own state party, Cheney has not backed down an inch.

“A vote against me in this race, a vote for whomever Donald Trump has endorsed, is a vote for somebody who’s willing to put allegiance to Trump over allegiance to the Constitution,” she told Leslie Stahl in a 60 Minutes interview. “I think he (Trump) is very dangerous.”

According to the most recent Federal Election Commission reports the candidates filed last week, three-term congresswoman Cheney has already raised $5,135,713 with more than a year to go before the 2022 general election.

Hageman’s campaign, and fundraising, didn’t officially launch until September. Cheney and her other challengers have had many more months to amass their war chests.

The critical target for all the candidates is the Aug. 16, 2022 Wyoming GOP primary in which the candidate with the highest tally wins the nomination and near-certain election in November.

The previous record for a primary spending was $8.2 million in the 2018 governor’s race won by Mark Gordon. That race featured a host of wealthy candidates including the late GOP mega donor Foster Friess, who finished second, and Hageman, who finished third.

This time around, the money-raising for Wyoming’s single congressional seat is just beginning, especially for Cheney and her former political ally Hageman.

On Monday, former President George W. Bush hosted a high-profile fundraiser for Cheney in Dallas that could eventually bring millions more to her bulging coffers. The traditional Republican establishment, including figures like U.S. Sen. Mitt Romney, R-Utah, and Bush who are alienated by the Trump form of populism, favors Cheney. The candidate received maximum $2,900 donations from Romney and his wife.

She could also see support of crossover Democrats who would rather vote for a Republican than see Trump reelected in 2024, according to election watchers. This could be a factor in the Aug. 16 GOP primary as Wyoming allows voters to change party affiliation at the polling place.

After Cheney’s impeachment vote, former “Apprentice” reality TV host Trump personally interviewed a host of potential challengers, according to reports, eventually settling on Hageman, a lawyer known for her legal battles with environmental groups. Despite a late entry into the race, Hageman now claims to be raising more than $100,000 a week including maximum donations from major Trump supporters such as tech billionaire Peter Thiel, Dallas real estate mogul James Mabrey and Lynn Friess, widow of Foster Friess.

But the big bump in Hageman’s fortunes is likely to come from a super PAC, Wyoming Values PAC, set up by Trump strategists Andy Subarian and James Blair. That PAC has no limits on contributions, nor does it have to disclose its fundraising receipts until January.

On Monday, Hageman told WyoFile she is not intimidated by Cheney’s huge money lead.

“We know that Liz Cheney will have more money than she can spend, raised by Washington, D.C. and Northern Virginia special interests, establishment politicians and Democrats who find her to be a useful tool,” Hageman said.