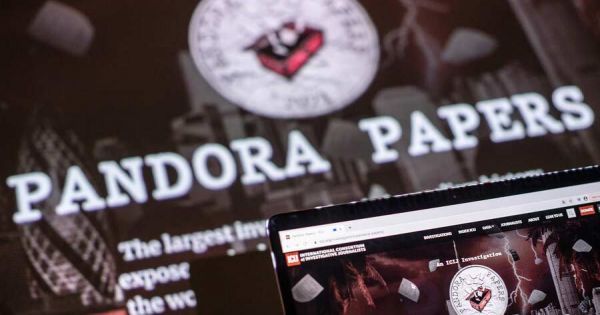 Chilean Deputies Wednesday filed for the impeachment of President Sebastián Piñera for his ivolvement in financial and entrepreneurial transactions disclosed earlier this month in the so-called Pandora Papers.

For the impeachment to be approved in the Lower House, at least 78 votes are needed and the opposition has 83, while two thirds of the Senators (29 out of 43) Senators are required for the head of state to be removed from office.

Presidential spokesman Jaime Bellolio replied that Wednesday’s political actions were “a blow which democracy cannot accept in the face of an accusation that is based on facts that are not true.

In August 2010 Piñera announced the relocation of an already authorized coal-fueled thermoelectric plant. He claimed he had discussed the move with the plant’s owners to bring it out of the Pingüino de Humboldt National Reserve, in northern Chile. At that time it was unknown that Piñera’s family was about to sign the sale of the mining undertaking Dominga, a project seeking to settle in La Higuera, the same commune from which the thermoelectric plant was removed.

Deputy Gabriel Ascencio said it is impossible not to believe that the president is guilty. His colleague Jaime Naranjo said that Piñera’s connection to the Dominga case calls into question the honor of the nation and the constitutional article on the probity of the head of state.

Piñera has said in his defense that the sale was not consulted or informed and that everything related to the Dominga deal had been disclosed during a 2017 judicial investigation which had acquitted him.

Law scholars, on the other hand, insist there is no res judicata because the alleged payment conditional on the mining project was unknown by 2017.

Should Chile’s Congress pass Piñera’s dismissal, his successor would need to be named in a plenum session.

In 2019, Piñera’s impeachment was sought for human rights violations during the repression against demonstrators that year, but the head of state survived the motion.

The 2010 Dominga financial operation reportdly took place in the tax haven of the British Virgin Islands, according to the Pandora Papers.

The document against Piñera said that in our political and democratic system, the figure of the President of the Republic represents the value of unity, dialogue, respect and tolerance, his position evokes an image of rectitude within which probity and transparency are subsumed.”

The President’s work “is mainly political, so his conduct must be consistent with the ethical values that society shares and demands,” the accustion goes.

“What destabilizes the country, what generates tension, uneasiness in the country, is the fact that the President of the Republic, who must set an example to the rest of the citizens, is involved in actions that violate probity,” Naranjo said.