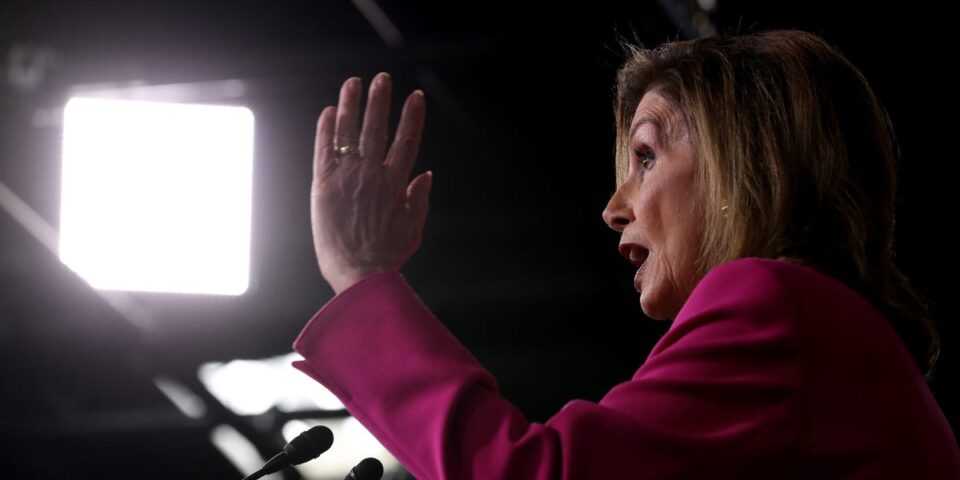 On ABC’s “This Week,” George Stephanopoulos described a possible scenario in which a Trump nominee could be pushed through a lame-duck session after the November 3 election even if Democratic nominee Joe Biden won the presidency and Democrats captured control of the US Senate. He then asked Pelosi if she would move to impeach Trump or Attorney General William Barr to halt the nomination process.

“Well, we have our options,” she said. “We have arrows in our quiver that I’m not about to discuss right now, but the fact is we have a big challenge in our country. This president has threatened to not even accept the results of the election with statements that he and his henchmen have made.”

Stephanopoulos pressed Pelosi, asking again if she still wasn’t ruling anything out.

As speaker of the House of Representatives, Pelosi doesn’t have a vote on the Senate process for confirming Supreme Court nominations, but her comments represent an escalation of the judicial wars that will only intensify on Capitol Hill.

Ginsburg, who served as an Associate Justice on the Supreme Court for 27 years, died on Friday at the age of 87 due to complications from metastatic pancreatic cancer. On the same day, Senate Majority Leader Mitch McConnell of Kentucky released a statement saying that the Senate would hold a vote on a Trump’s pick to replace Ginsburg. McConnell’s swift announcement infuriated Democrats who are still incensed about him blocking then-President Barack Obama’s Supreme Court nominee, Judge Merrick Garland, from receiving hearings or a confirmation vote in 2016.

Pelosi also paid a personal tribute to her longtime friend in her comments to ABC News on Sunday.

“I’m so glad that the country is providing such an outpouring of love and support to honor Ruth Bader Ginsburg — petite, tiny in size, huge in impact, and powerful, brilliant brain on the court,” she said. “She was remarkable.”

Trump mulls offering companies favours for campaign funds ‘if I wanted to’...

How Donald Trump Is Vulnerable to Prosecution