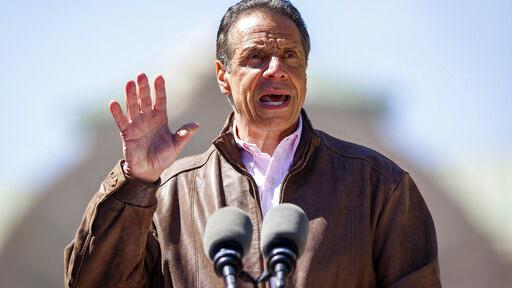 The Citizen Editorial Board

Imagine a person caught in the act of burglary in an area where there have been a rash of burglaries and thefts. Police won’t wait to take that person into custody because they need to further investigate the other crimes.

Because they have probable cause that this suspect has committed a crime, they make the arrest and then continue the probe to see if additional charges are warranted.

Such logic should be applied to the state Assembly’s impeachment investigation of Gov. Andrew Cuomo. Instead, it seems that newly discovered impeachable offenses work in the governor’s favor because it adds to the pile of matters the Assembly is reviewing.

Since the Assembly first announced an investigation into the sexual misconduct claims against Cuomo, the public has learned about additional troubling information related to the nursing home fatality data scandal, the governor’s use of state employees for his personal book project and concerns about the handling of a major Hudson River project. Getting to the bottom of all of those issues could take a year or longer.

This needs to stop, and it should stop with an impeachment vote that removes the governor from the job until a Senate trial is held and a verdict is rendered. It’s been two months since nearly every statewide elected official, all Democrats like the governor, called for him to resign after an avalanche of sexual harassment and assault allegations became public. A huge portion of the Democratic congressional delegation and Democratic members of the state Legislature also want him out.

Susan Collins Refuses to Tell Jake Tapper Who She Voted for in 2020: ‘Nice Try, Jake!’