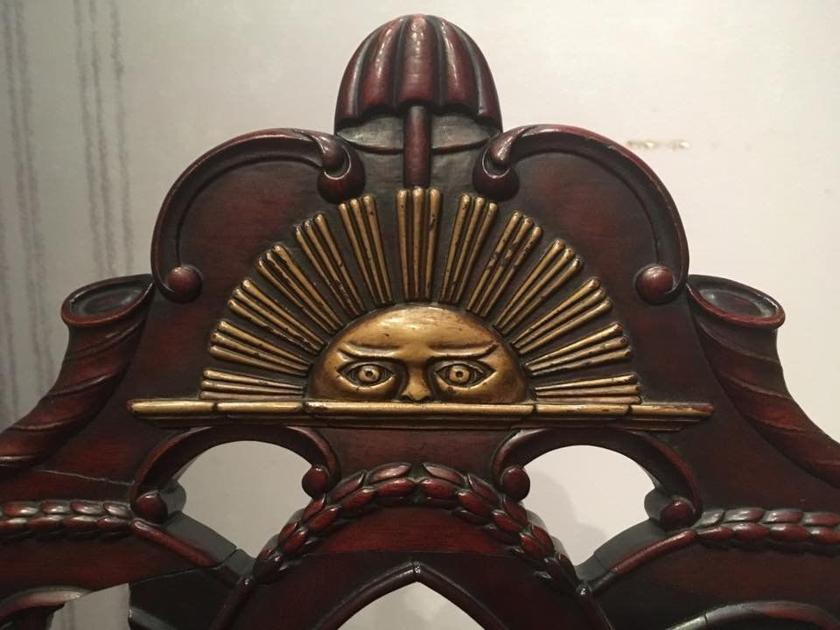 BEING an Economist, the recent CDA change reminded me of what one of my daughters told me when she was my student in high school, “they (our Government) don’t do anything until they HAVE TO” and it’s clear these Republicans with the help of Democrats were finally convinced to “formally address our Economy” which is a step forward and away from the “picnic table strategies” the Republicans have been trying to implement but FAILED. I guess the Governor and Rep. Angel Demapan are reading my articles as I have been writing for nearly two decades on the need to get a REAL Economist to be “full-time” on Capital Hill.  But they still fell short of Capital Hill and settled for CDA on Beach Road. I guess that’s the best they could do I just hope CDA is going to hire a REAL permanent qualified Economist to head the newly restructured “Commonwealth Economic Development Authority.”

The Republicans are finally out of “Gambling Ideas” and must now apply the real “science & art of Economics” to address our economy. One would think they would have hired a real Economist years ago, but it goes back to that Republican Conservative Attitude of “not until we have to” which was spotted by a high-schooler years ago. Being at the end of the road for the “Gaming Industry” it is obvious to everyone and the CNMI must set a NEW Course in a totally NEW Direction if WE the People are to find some semblance of growth & stability and even prosperity.  It’s obvious the Republicans are trying to figuratively change horses in mid-stream now that THEIR CASINO is crippled and may have to be put-out-of-its-misery figuratively. It’s clear why they are trying to accomplish this tricky feat even gaslighting us with South Korea saying it is now our primary tourist market, as the horse we were ridding (China) is about to fall dead.  I don’t think WE the People are going to find real solutions to having a stable and fruitful economy until we have a NEW Democrat Governor and a NEW Legislature with a Democrat Majority in both Houses.

Impeachment is not an Option anymore after the Governor’s false claim of Emergency just so HE could control the over half-billion in Federal Relief Funds. How can there be an emergency when he is giving money ONLY to South Koreans when it should be given to every tourists — sounds like another “exclusive deal for South Korea.”

But as I listened to the Hearing to begin the Impeachment Process, I couldn’t help but notice how often I heard the Democrats use the phrase “the People” and I say this because the Republicans have literally made it a forgotten phrase as their favorite catch phrase is only one word “investor(s)” just like Rep. Leepan was recently trying to sell us recently.  A lot of people who want the Governor impeached didn’t show up in public because the Republicans have made it clear they will retaliate, just ask Robert Hunter but he won’t pick on me because he knows I can defend myself.  They have used the “bad-naming & fear tactics” to the point that most voters don’t want to come out in the Public because of the ugly tactics of Republicans. And if they have family working for the Government, they could get them fired and forget about a Government Job if you are on record against the Governor — that’s how it has been for the past two decades or more, for TRUE. Well, it’s time for ALL of that mess to end and it can start with the impeachment of the Governor and I PRAY the Feds will also hurry-the-foxtrot-up, as this Governor is going to scheme and manipulate everything until he is locked up.  WE the People needed RESOLUTION & JUSTICE with the Governor last month before he got his hands on that ½ Billion of OUR Federal Money.

The Robbery – LOCK them ALL UP Feds

There are only seven Secretaries in the Governor’s Cabinet along with Robert Hunter and few others in the Governor’s office and the Municipal Council who shared in getting over 8 MILLION in illegal overtime.  The only way this small number of people could get over 8 million in such a short time is through the “falsification of documented hours and illegally elevated pay-scale” that virtually boils down to a ROBBERY of what they thought would be Federal Funds. Now the AG is “ASKING” cabinet members, municipal officials to return Yutu OT pay when he should be getting a “COURT ORDER to collect at least 50% of their salaries until the OT is repaid.”  It is clear that people like Mr. Nortia who topped the list at 47,000 and the DPS Commissioner who was a close second along with a few others at the top really need to be investigated for “fraud” given the absorbent amount paid to them which is far more than a year’s pay for the average Government Employee.

If readers remember, the Governor went ahead with his plan to pay his Cabinet and Municipal Council overtime even though there were PUBLIC PROTEST and complaints from the then Independent Minority in the Legislature.   The Governor and the AG had to know the law was being broken because they were surely told but they pretended to be deaf until the Feds exposed the crimes and now the AG is trying to play clean up when he really contributed to the cover-up by not saying nor doing anything.  The AG is not going to prosecute the Governor and the Governor DOES NOT CARE what we think or want only to keep the POWER for himself and Republicans.  From a Political Science perspective, the people who got OT and their families collectively are the “TOP Emissaries for Republican Votes” beyond the Republican Elected Officials. The reason the Governor still went ahead with the overtime was because 1. No one could stop him 2. No one could hold him accountable — but he miscalculated on the Feds intervening thinking the OT would just be lost in all the other funds. 3. Most importantly the Governor wanted to show his LOYALTY to HIS People even in defiance of the People and the Law because the then Minority did speak-up and complained about this OT but they didn’t have the power to do anything about it. This is just more PROOF that come Decision Day 2022, the Republicans MUST GO as WE must change our government to be completely Democrat to stop this MESS by Republicans and for a better future.

This was a clear ROBBERY of OT money that is now money WE the People must cover with OUR “Local Funds or Collect it.” WE the People don’t have 8 million to give away to the Governor’s cronies and I’m certain the People DO NOT want to pick-up this illegal OT tab. The AG needs to get on his job because what they did was CRIMINAL and they KNEW IT so either start collecting the money or start sending them to JAIL!  But this is not the first time the Republicans stagged a robbery because they kept robbing the then Retirement Fund until it was virtually dead and unable to even deliver to the members.  They just hit the NMDs for 15 million and there is no indication of WHEN and HOW they are going to repay it just like they are stalling around with getting OUR 8 million back.  I actually hope and pray the Feds will step in on this issue to because they tried to mislead the Feds and the AG did absolutely NOTHING when he had to know our own laws were being broken.  How much more does this Governor and his Crew of Republicans have to steal for voters to realize WE the People have a real Criminal organization on the Hill as implied with the RICO Investigation and WE need to put an end to it come Decision Day 2022.

To be continued: One People One Direction.