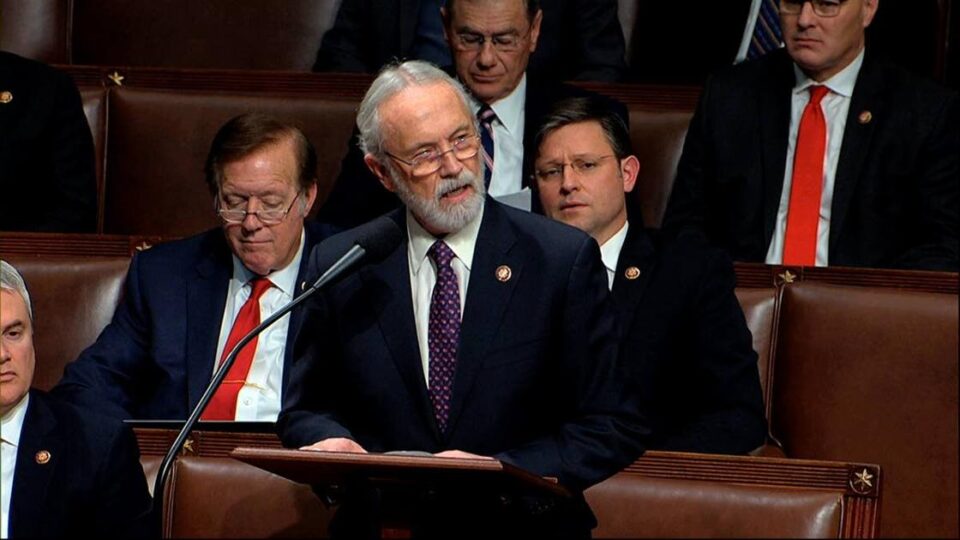 SPOKANE — Republican U.S. Rep. Dan Newhouse of Washington state voted to impeach President Donald Trump earlier this year, and he has the primary challengers to prove it.

At least three Republicans have said they will challenge Newhouse in next year’s election for the 4th U.S. House District seat, representing central Washington.

Newhouse was one of 10 U.S. House Republicans who bucked their party and voted to impeach Trump afer the Jan. 6 insurrection at the nation’s Capitol. Rep. Jaime Herrera Beutler of Washington’s 3rd District in southwest Washington also voted against the former president, and she, like others, has drawn GOP opponents as well.

Newhouse, a farmer from a family with long history in electoral politics, has represented the district since 2015. He has said he will run for a fifth term in 2022, even though many Republican county organizations demanded that Newhouse resign.

“Newhouse voted with the socialists to impeach one of the greatest presidents of my lifetime,” said Loren Culp, perhaps the most high-profile opponent, during a recent speech in the Tri-Cities. Culp was the 2020 GOP candidate for Washington governor. He lost to Gov. Jay Inslee by more than a half-million votes.

Others who have said they are running include state Rep. Brad Klippert, R-Kennewick, and Prosser businessman Jerrod Sessler.

“Dan is the same principled conservative he’s always been. He’s proud to run for re-election on his record of delivering results for central Washington, and he looks forward to a good campaign,” Newhouse campaign spokesman Derek Flint said in a press release this week.

The best-known of the challengers is likely Culp, who after his loss to Inslee spent months complaining the election was rigged. Culp, formerly a police officer in the small town of Republic, is a Trump supporter who has adopted the former president’s rally style of campaigning.

He held a three-hour rally in Kennewick last Friday night and announced at the end that he was running for Congress.

Culp promised to push back against the “socialist Democrat way.”

He blamed Democrats for rioting, looting and racial division, as well as saying they are “pro-crime, anti-police, sexualizing our children.”

“They are pushing hard to ruin this country, and they are succeeding,” Culp said. “The Democrats are the ones that create the racial divide.”

Culp said the state’s vote-by-mail system invites voter fraud, adding that a Republican won’t get elected to a statewide office “until we go back to in-person voting.”

Washington Secretary of State Kim Wyman, also a Republican, denies there was widespread fraud in the election system.

Meanwhile, Klippert is a conservative firebrand who has introduced numerous bills to end the COVID-19 lockdowns, and curb the powers of governors to impose them. His written statement did not mention Newhouse.

“I believe in the Greatness of the United States of America, and the Greatness of our Constitution!” Klippert said in a written campaign announcement released through the Benton County Republican Party earlier this year.

Klippert is a deputy in the Benton County Sheriff’s Office and has been a member of the state House for 12 years.

Sessler is a Navy veteran and cancer survivor, according to his campaign website. Sessler started HomeTask, which uses a franchise business model to meet the home service repair needs of people in the U.S. and Canada.