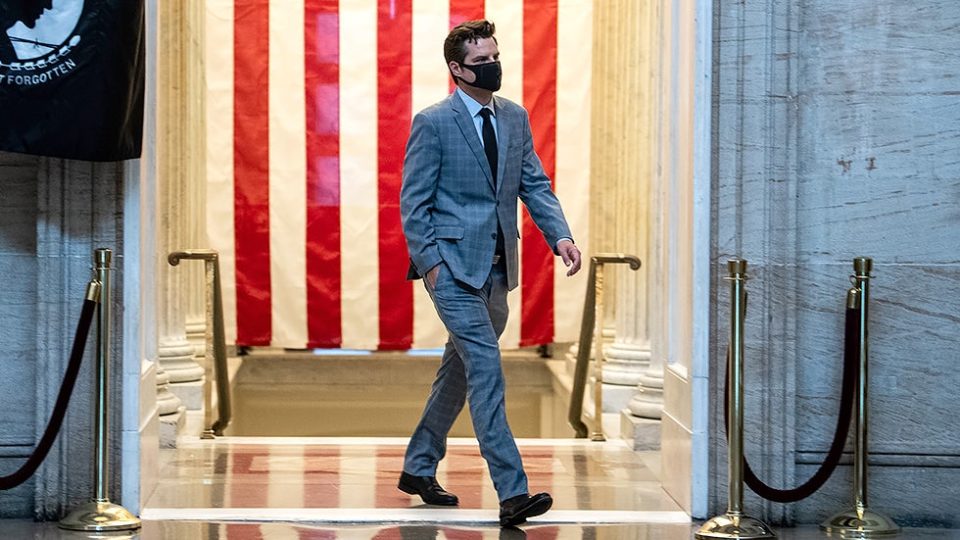 HBO on Tuesday will premiere “The Swamp,” a new documentary film offering “a look behind the curtain of Washington politics,” including in-depth interviews with three GOP congressmen, the premium network said in Wednesday release.

Among other topics, the documentary tackles what it means to “drain the swamp,” a favorite phrase of President TrumpDonald John TrumpBiden hits Trump’s ‘law and order’ message: He’s trying to ‘scare the devil’ out of people Pelosi bashes Barr after testimony: ‘He was like a blob’ and ‘henchman’ for Trump Schumer: Trump should want COVID-19 deal to help GOP election chances MORE‘s, for Republican Reps. Matt Gaetz

“If people are going to drain the swamp like the president wants to do, they need better information … about how this place is broken,” Massie says in the documentary. “And that’s my mission in Congress.”

“The film offers exclusive access to the House floor in the midst of major breaking news events including the Mueller Report, and President Donald Trump’s impeachment proceedings, and presents a unique and never before seen portrait inside the walls of the United States of America’s Capital,” an HBO spokesperson told The Hill.

Directors Daniel DiMauro and Morgan Pehme, the minds behind the 2017 documentary “Get Me Roger Stone

Roger Jason StoneDemocrats blister Barr during tense hearing Barr tells Nadler he’s ‘a real class act’ for refusing to take a break during hearing Barr backtracks on question about president accepting foreign assistance in election MORE,” interview Gaetz, Massie, Buck and others as they deliberate policy and achieving success “through bi-partisan government cooperation and reform of the status quo.”

“I didn’t run as someone to unify Washington, I ran to change Washington,” Gaetz says in the film, which is slated to debut on HBO Tuesday at 9 p.m.