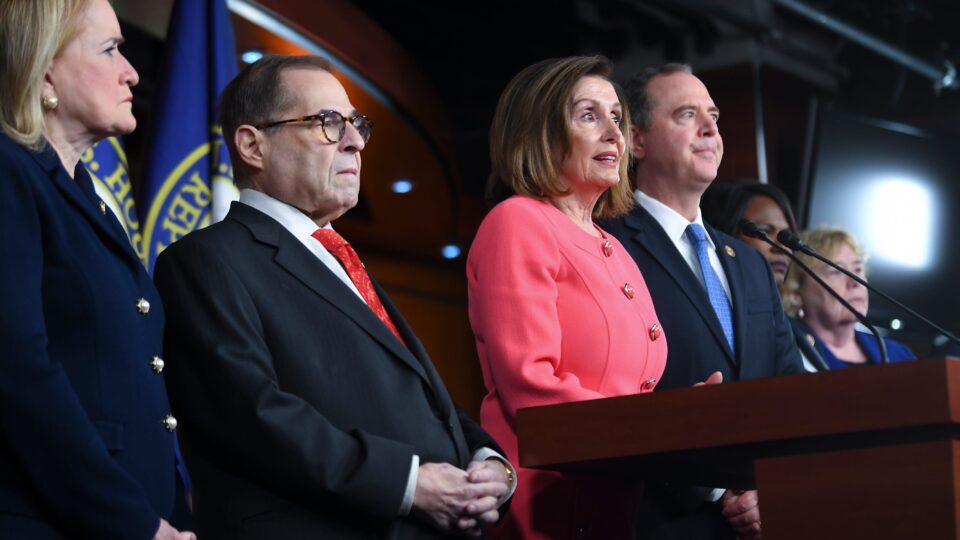 The claim: Jerry Nadler, Nancy Pelosi and Adam Schiff are up for reelection this year

The midterm elections are more than a year away, but some Facebook users say three prominent Democratic lawmakers may be leaving Washington soon.

Text in a June 1 image says House Speaker Nancy Pelosi and Rep. Adam Schiff, D-Calif., are “up for reelection” in 38 days. Rep. Jerry Nadler, D-N.Y., meanwhile, will see his term end on June 23, according to the post.

“Drain the swamp, repost this,” says text in the image, which is a screenshot from TikTok and has more than 7,400 shares on Facebook.

As chairs of the judiciary and intelligence committees, respectively, Nadler and Schiff are among the most powerful Democrats in the House. Pelosi tapped the two lawmakers to serve as managers in the first and second impeachment trials of former President Donald Trump, and they played key roles in former special counsel Robert Mueller’s investigation of Russian interference in the 2016 election.

That may explain why some Republicans want Nadler, Pelosi and Schiff out of office, but they’ll have to wait longer than a few weeks.

Fact check: No evidence of fraud in Georgia election results

All three lawmakers’ terms don’t end until 2023, following the results of the 2022 midterm elections. Claims that Pelosi and Schiff are up for reelection this year have been debunked by independent fact-checking organizations.

Lawmakers up for reelection in 2022

The midterm elections give Americans the chance to elect their national representatives in the middle of the president’s term. The next midterms will be held Nov. 8, 2022.

According to the Constitution, Americans must elect members of the House every two years. Senators, meanwhile, serve for six-year terms.

Nadler, Pelosi and Schiff were last elected to Congress in November 2020. Their termswillend Jan. 3, 2023, after the midterm elections. Pelosi has held federal office since 1987, while Schiff and Nadler have been in Congress since 2001 and 2013, respectively.

Speaker of the House Nancy Pelosi, D-Calif., announces the impeachment managers at the Capitol in Washington on Jan. 15, 2020. (Photo: Jack Gruber, USA TODAY)

Although midterm elections are held every two years in early November, sometimes special elections occur over the summer.

The false claim that Pelosi and Schiff are up for reelection soon has circulated online for several months.

Fact-checking site Lead Stories reported the claim appears to trace back to a Facebook post that circulated ahead of the March 2020 primary elections in California. Pelosi and Schiff both won their respective primaries.

The claim that Nadler, Pelosi and Schiff are up for reelection this year is FALSE, based on our research. The lawmakers’ terms expire in January 2023, after the 2022 midterm elections. Midterms are held in early November, not June.

Thank you for supporting our journalism. You can subscribe to our print edition, ad-free app or electronic newspaper replica here.

Our fact check work is supported in part by a grant from Facebook.

Bill to fund Cuomo impeachment to pass early this week

Legislature to set aside funding for potential impeachment