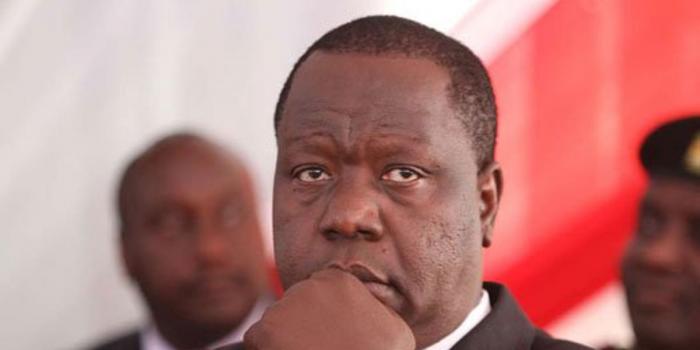 Taking to his social platforms on Monday, October 11, Kuria termed the move as an unnecessary distraction for the country at a time when the 2022 General Election is drawing closer.

The legislator further hit out at those who sought to push the agenda, claiming that it would have made sense to impeach Matiang’i one year ago as opposed to currently.

An undated photo of Moses Kuria during a past event.

“It is not time for unnecessary distractions like the energy sapping and bound-to-fail motion of impeachment against CS Fred Matiang’i which would have made more sense a year ago than today. Let’s focus. There is hardly any time left.”

Kuria noted that the country should focus more on registering new voters, ensuring IEBC readiness, safeguarding the 2022-2023 budget cycle as well as peace and security of all Kenyans.

“Nine months and 28 days before polling stations open in the 2022 General Election, it is time to focus on the most important things including registering 7 million new voters, ensuring IEBC readiness to carry out a free, fair, credible, transparent and verifiable poll, ensuring maximum peace and security of all Kenyans and their property during the transitional General Election.”

“Further, (we need to ensure the) safeguarding of our 2022-2023 budget cycle from the vagaries of a tense political transition,” he stated.

The proposal to impeach the Interior CS, which was drafted by Nyali MP Mohammed Ali, has caused a rift among Deputy President William Ruto’s allies.

A section of the allies poked holes into the motion, pointing out that it is baseless while others deemed it fit to carry out the due process.

“I have gone through the impeachment grounds fronted by Hon. Mohammed this morning and I must say I am disappointed. Why would one want to impeach the CS over his dispute with his governor over some wall?” South Mugirango MP, Sylvanus Osoro, previously stated. 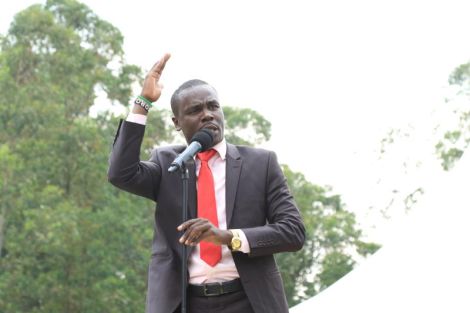 South Mugirango MP Sylvanus Osoro speaking at a past event.

Bulking up, workout plan for bulking up