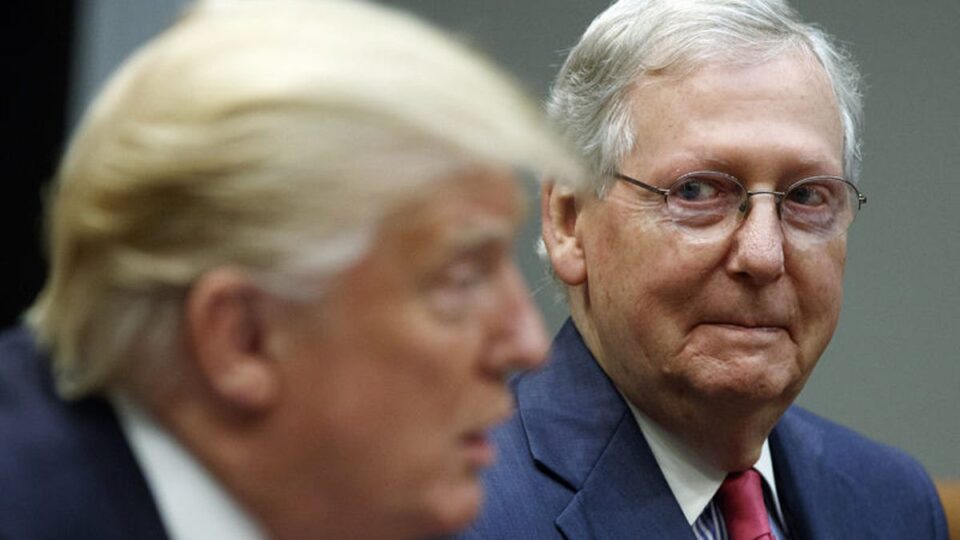 This column has never dealt at length with Donald Trump because it’s about Kentucky politics. But now, Kentuckians and our federal representatives face the prospect of another Trump presidency, which could pose a clear and present danger to the way we govern ourselves.

It is now clear that Trump fostered and supported what some call a “self-coup” to stay in office after the 2020 election, and he seems likely to have less respect for the Constitution in a second term.

A matter of such weight requires more than 800 words to explore, so please read the two pieces excerpted below, published recently by Republicans (unless they’ve changed registration recently). They make clear how Trump has used his lies about the election to complete his transformation of their party into a personality cult.

You may also like: Mitch McConnell and Rand Paul carry on Kentucky’s tradition of conspiracy theories

Robert Kagan, a prominent neoconservative, began his 5,700-word essay with a bang: “The United States is heading into its greatest political and constitutional crisis since the Civil War, with a reasonable chance over the next three to four years of incidents of mass violence, a breakdown of federal authority and the division of the country into warring red and blue enclaves.”

Kagan gave the devil his due, fairly describing the supporters who give Trump power: “They believe the U.S. government and society have been captured by socialists, minority groups and sexual deviants. They see the Republican Party establishment as corrupt and weak . . . They view Trump as strong and defiant, willing to take on the establishment, Democrats, RINOs, liberal media, antifa, the Squad, Big Tech and the ‘Mitch McConnell Republicans.’ His charismatic leadership has given millions of Americans a feeling of purpose and empowerment, a new sense of identity. . . . Unlike establishment Republicans, Trump speaks without embarrassment on behalf of an aggrieved segment of Americans, not exclusively white, who feel they have been taking it on the chin for too long. And that is all he needs to do.”

Capitol riot arrests: See who’s been charged across the U.S.

Michael Gerson, who was head speechwriter for George W. Bush, wrote that another Trump presidency is likely, concluding: “Trump has strengthened his identification with the seditious forces he unleashed on Jan. 6. He has embraced ever more absurd and malicious conspiracy theories. He has shown even less stability, humanity, responsibility and restraint. And his support among Republicans has grown. Trump and his strongest supporters are in a feedback loop of radicalization.

“If Trump returns to the presidency, many of the past constraints on his power would be purposely loosed. …  There is no reason Trump would not try to solidify personal power over military and federal law enforcement units to employ as a bully’s club in times of civil disorder. There is no reason he would refrain from using federal resources to harass political opponents, undermine freedom of the press and change the outcome of elections. These are previously stated goals. What attitudes and actions does this require of us? Any reaction must begin with a sober recognition. Catastrophe is in the front room. The weather forecast includes the apocalypse.”

Mitch McConnell plays a central role in this crisis. A brief history: He delayed his verdict on the election until the Electoral College had spoken, then said firmly that Biden had won.

After the Jan. 6 insurrection, he blamed Trump for it and tried to read him out of the party, then found a technical excuse not to vote for conviction in the second impeachment trial – the real reason likely being that it would have put him in a small minority of Republican senators, and thus in danger of losing his job as Senate Republican leader.

“You could see the struggle in Mitch McConnell about whether to throw Donald Trump overboard,” the House’s chief impeachment manager, Adam Schiff, said on PBS and KET Tuesday night. “You could see that he recognized what a disaster Donald Trump is for the country, but I think he concluded ultimately that if he tried to throw Donald Trump overboard, he himself would be thrown overboard. But at the end of the day, you have to ask, why are you in office anyway if you’re not gonna do the right thing when the country really needs you?”

Schiff is out with a new book, Midnight in Washington: How we Almost Lost Our Democracy and Still Could. McConnell knows that title is not all fantasy. He must do what he can to keep it from being a prophecy.

He can start by giving 10 Republicans the green light to support a bill that would negate state laws that allow state politicians to overrule election professionals. These are laws built on Trump’s lies and are part of his plan for 2024. McConnell has said the last election was fairly decided; he needs to make sure the next one is, too.

Al Cross, a former Courier Journal political writer, is professor and director of the Institute for Rural Journalism and Community Issues at the University of Kentucky. He writes this column for the Kentucky Center for Public Service Journalism. Reach him on Twitter @ruralj.