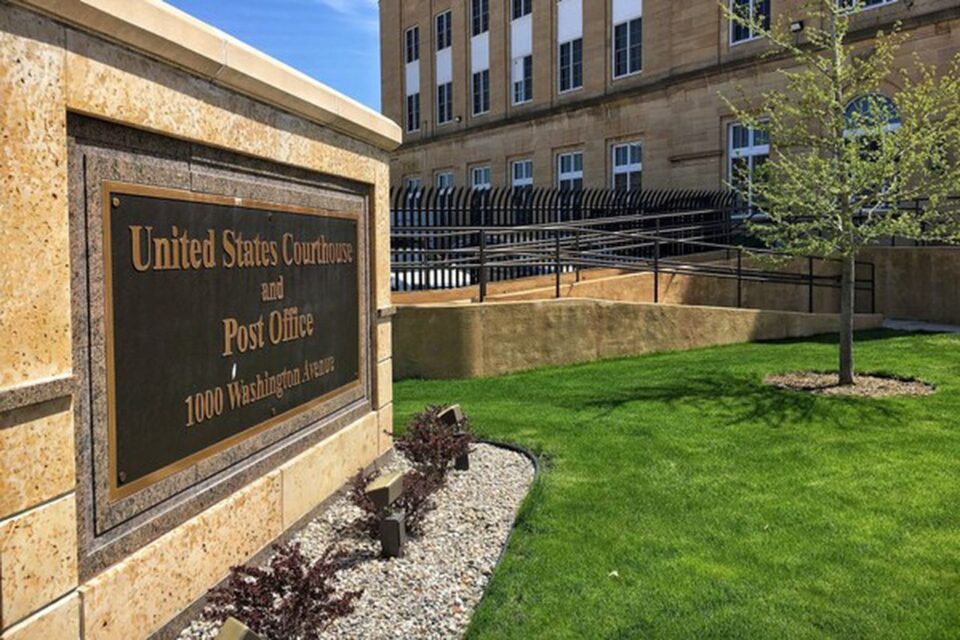 BAY CITY, MI — Emailing a “stark, brutal” threat to hunt down and kill an attorney for the whistleblower who sparked Donald J. Trump’s first impeachment has cost a Gladwin County man time in federal prison.

Brittan J. Atkinson, 54, appeared before U.S. District Judge Thomas L. Ludington at the federal courthouse in downtown Bay City on Thursday, June 10. Atkinson in December pleaded guilty to one count of making interstate communications threats to injure. The charge is punishable by up to five years in prison followed by three years of supervised release and a $250,000 fine.

Ludington sentenced the Beaverton resident to a year and a day with the Federal Bureau of Prisons. After he serves his term, Atkinson is to be supervised for an additional three years and must submit to drug testing, participate in mental health counseling, and take medication prescribed to him.

Before Ludington imposed sentence, he read aloud the email Atkinson had written and sent to attorney Mark S. Zaid, who represented the intelligence official who blew the whistle on Trump’s involvement in pressuring Ukraine to investigate former vice president and then-Democratic presidential candidate Joe Biden.

“‘All traitors must die miserable deaths,’” the judge read. “’Those that represent traitors shall meet the same fate. We will hunt you down and bleed you out like the pigs you are. We have nothing but time and you’re running out of it. Keep looking over your shoulder. We know who you are, where you live, and who you associate with. We are all strangers in a crowd to you. The next move is yours.’

“The language that you used in that email was more than disconcerting,” Ludington told Atkinson. “Can you explain to me how it occurred to you tondo that?”

“Your Honor, obviously I can’t tell you how it occurred to me to do that,” Atkinson said. “I was in a dark place. I was self-medicating. I suffer from chronic back issues and go days without sleep. That, combined with the drug use, just led me to make some very poor choices in my life at that time, your Honor.”

“The medication and I just have a whole lot more positive outlook on life today than when I did back then,” he said. “I don’t plan on going back to using drugs. I’ve seen the harm they’ve done. That, and … my spiritual health is better. Back in church has helped me just as much as the medicine.”

Defense attorney Donald J. Neville told the judge his client has come a long way since he committed his crime.

“He has some firmly held political beliefs and he thought sitting behind a computer and sending that message was somehow the right thing to do in sending a message for people with his beliefs,” he said. “Now he sees, after all that he’s been through, that that was just a completely stupid and horrible decision.”

Atkinson agreed with Neville that he has bettered his life since being charged.

Atkinson’s sentencing guidelines were 12 to 18 months, Neville said. He asked the judge to sentence Atkinson to the low end of the guidelines, adding he has already served 168 days in jail.

Assistant U.S. Attorney Anthony P. Vance asked for Atkinson to be incarcerated for a year.

“A sentence of 12 months would reflect the seriousness of this offense,” Vance said. “This is a serious offense that significantly impacted the victim, his family, friends, and colleagues. … Such a sentence would also promote respect for the law and provide adequate deterrents both to the defendant and to others who would contemplate sending such a threat to other individuals.”

Vance added Zaid was watching the sentencing hearing via Zoom and had submitted an impact letter to the court. Ludington said he had read Zaid’s letter.

After Atkinson sent his email, the U.S. House of Representatives impeached then-President Trump, who was then acquitted by the U.S. Senate. Trump was impeached a second time after his supporters launched a Jan. 6 attack on the U.S. Capitol over Biden defeating Trump in the presidential election and false conspiracy theories that the election had been rigged. The Senate acquitted Trump in his second impeachment trial as well.

Atkinson has convictions of domestic violence, assault and battery, attempted assaulting, resisting, or obstructing police, and malicious destruction of property, though none of these are felonies.

Tedisco & Martucci to Assembly Judiciary Chair: Cuomo Impeachment Should Be “Due Process, Not an Over-Due Process”