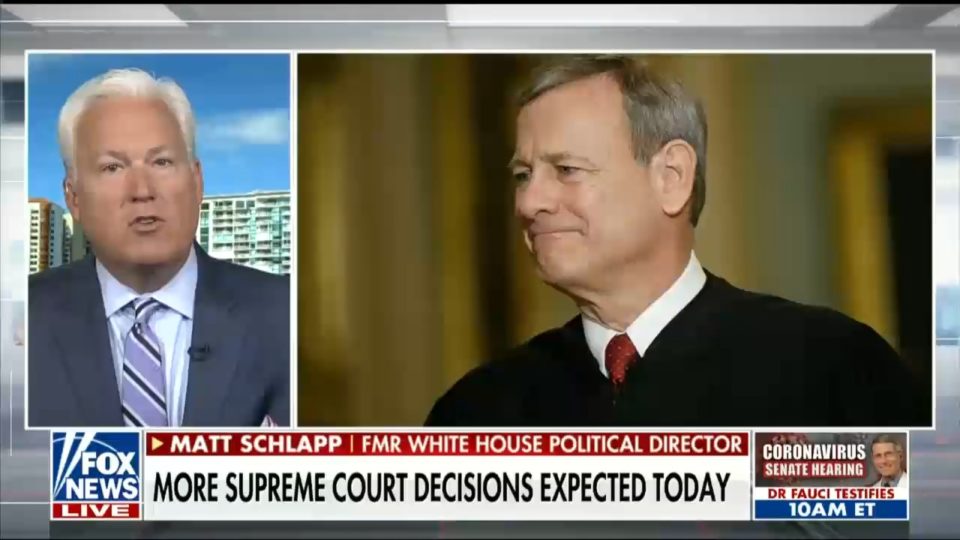 SANDRA SMITH (ANCHOR): Matt, I will get your thoughts this morning as we could get more decisions from the court, involving the President’s financial records, electoral college, some big ones could come down this morning, but your thoughts on what we saw play out yesterday.

MATT SCHLAPP (LOBBYIST AND AMERICAN CONSERVATIVE UNION CHAIRMAN): If it were up to me, I would start impeachment proceedings against John Roberts. He went in front of the American people, he took an oath, and he told us that he was going to act as a justice to strictly interpret the Constitution.

What he has done on Obamacare twice, and what he has done here on abortion is act like a left-wing politician. If he’s not going to be impeached, he ought to resign and go run for Congress. He ought to be on the appropriations committee. Because he’s much more of a political hack than he is any kind of a jurist.

Why Is Trump Tanking in the Polls?