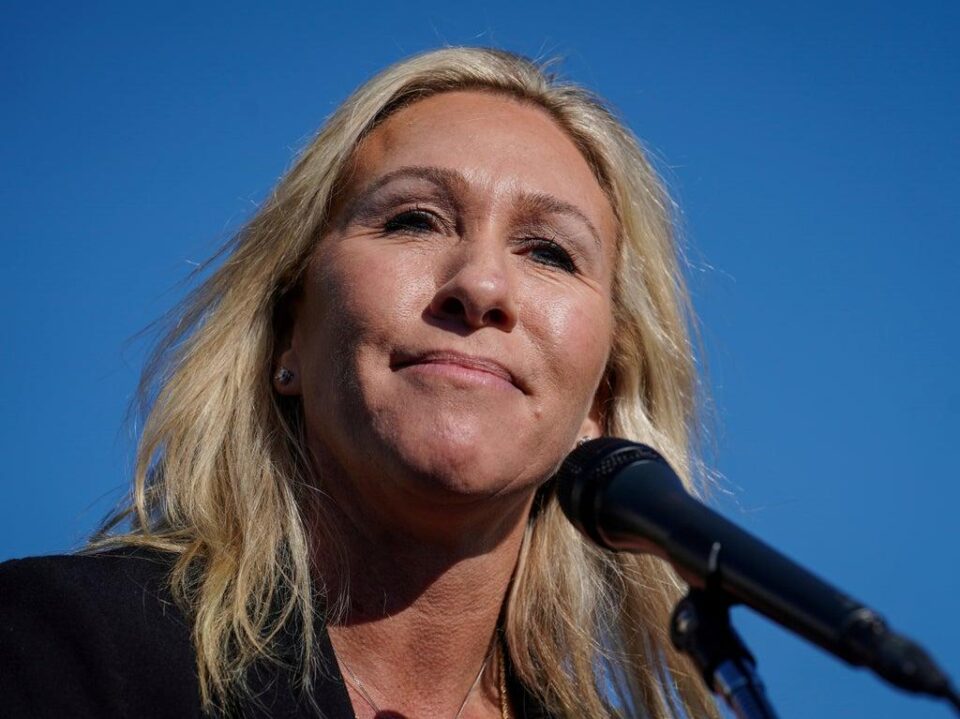 Marjorie Taylor Greene has said that she “would love” to see former President Donald Trump as speaker of the House so he could bring an article of impeachment against President Joe Biden.

In an interview on The Water Cooler with David Brody podcast, the controversial freshman lawmaker was asked if she would like to see Mr Trump make a return to Capitol Hill.

“It’s no secret that I am one of the biggest supporters of President Trump and I proudly say it all the time,” Ms Taylor Greene, an ardent Trump supporter who has previously expressed support for QAnon, said.

The Georgia representative said she would be “happy for that” because she would “love to see him bring my articles of impeachment on Joe Biden to the floor”.

The Republican congresswoman filed articles of impeachment against Mr Biden the day immediately after he was inaugurated as president.

“Let’s get the job done and impeach Joe Biden. And we can follow up with Kamala Harris next,” Ms Taylor Greene said.

The lawmaker has expressed intense support for Mr Trump’s baseless election fraud claims, being one of 139 House representatives and eight senators who opposed the Electoral College results on 6 January.

During the podcast, Ms Taylor Greene went on to say that she hopes “we can move Donald J Trump right back in the White House where I believe he belongs.”

The controversial lawmaker noted that she is “all for him running for president again in 2024” before dubbing him the “the best president of [her] lifetime.”

Mr Trump has not yet officially confirmed whether he will campaign for president again in 2024 but has hinted on a number of occasions that he is “considering” it.

However, despite speculation and the hopes of Ms Taylor Greene, the former president said this week that it is “highly unlikely” that he will run for a House seat in the midterms.

“Well, so many people are saying that I should run in ‘22, and I think that’s highly unlikely, but they do say that a lot… You know, there’s a whole theory behind that,” Mr Trump told Fox Business Network. “We won’t get into that.”