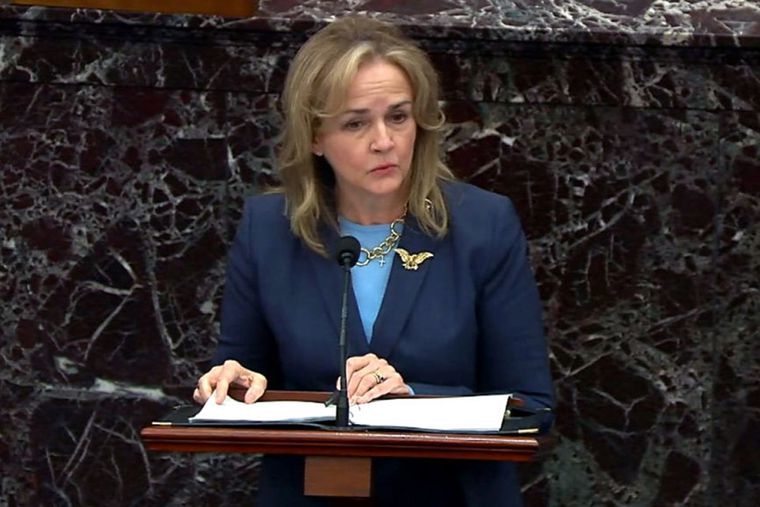 WASHINGTON — U.S. Rep. Madeleine Dean will not run for U.S. Senate and will instead aim to build her career in the House, she said Tuesday, further clarifying the Democratic field in a Pennsylvania Senate race with national implications.

Dean’s decision leaves fellow Montgomery County Democrat Val Arkoosh as the only woman in the party’s 2022 Senate field, and the only major candidate from the Philadelphia suburbs, which have become a key piece of the Democratic coalition.

Last week, U.S. Rep. Chrissy Houlahan, of Chester County, announced she won’t run for a seat that both parties see as crucial to control of the Senate after the midterm elections. Democrats across the state, and in Washington, are still closely watching for a decision from U.S. Rep. Conor Lamb, a Western Pennsylvania Democrat who has built a reputation for winning swing voters and tough races after prevailing multiple times in conservative-leaning territory.

“After talking a lot with my family, with my team with my political side, I’ve decided I won’t be running for Senate for now,” Dean said during an interview in her Capitol Hill office.

Dean pointed to the opportunities she has already had in the House since taking office in 2019 — she was one of the Democratic impeachment managers in the second trial of then-President Donald Trump and sits on the influential judiciary committee — and said she hopes to continue her work there. She also hopes to join the powerful House Appropriations Committee.

“I just feel like I’m just getting started here, and there’s lots of work to be done,” said Dean, elected in 2018 as part of a wave of Democratic women who helped the party take control of the House.

Dean’s decision could have immediate political benefits for Arkoosh, a Montgomery County commissioner, since a Dean campaign could have split votes in the state’s third most populous county, increasingly a Democratic stronghold. Influential Democratic women’s groups are also eager to elect a Pennsylvania woman to the Senate for the first time, and while there was once the potential for three well-established women to run, for now there’s only one.

“My hope is that maybe in the not too distant future, I would be able to become a member of the appropriations committee. Leadership knows that that is my ambition,” she said, noting that she served on the equivalent panel as a state lawmaker in Harrisburg.

» READ MORE: Pennsylvania Republicans have a path to victory in 2022. Pro-Trump candidates may not follow it.

Speculation about a potential Senate run peaked after Dean helped prosecute the Democratic case against Trump during his January impeachment trial.

But Dean said she began thinking about a statewide campaign in late 2020, after the Republican incumbent, Sen. Pat Toomey, announced he won’t seek reelection. The open seat is expected to be one of the most competitive Senate races in the country.

She lagged, however, in fund-raising for what is sure to be an expensive Senate race. Dean had about $575,000 in her campaign account as of her federal filing, at the end of March. An aide said that was partly because she didn’t try to raise money off her role in the impeachment trial.

Trump’s summer tour to kick off with rally against Republican who voted to impeach him – Honolulu, Hawaii news, sports & weather