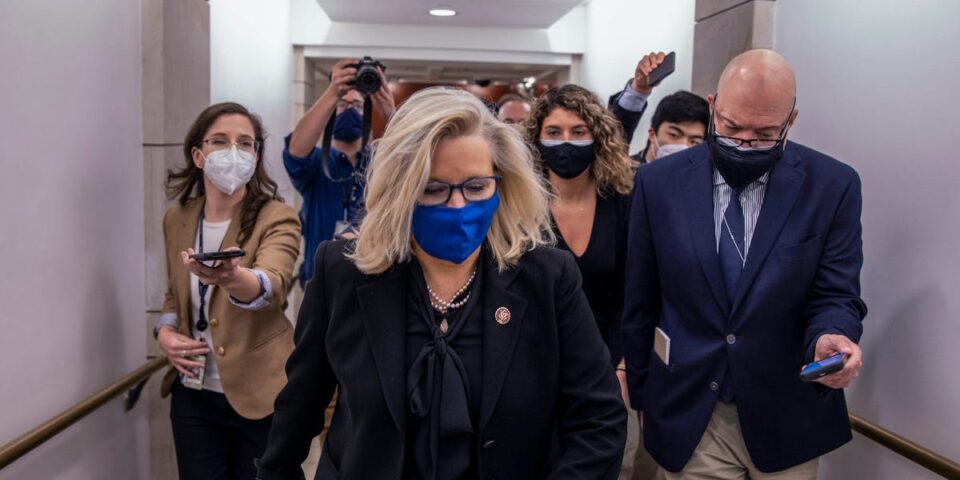 Rep. Liz Cheney of Wyoming, one of the most prominent faces of Republican resistance to former President Donald Trump, has spent tens of thousands of dollars on security this year, according to The New York Times.

Cheney, who voted to impeach Trump for his role in the Jan. 6 Capitol riot and has vehemently rebuked the former president for continuing to spread false claims about the 2020 presidential election, was removed from her leadership post at the House Republican Conference Chair in May.

A stream of death threats following Cheney’s impeachment vote led her campaign to spend $58,000 on security from January to March, which included three former Secret Service officers, according to The Times.

She was also assigned protection by the Capitol Police while in Washington, DC, which the Times described as “an unusual measure for a House member not in a leadership position.”

When Cheney has made appearances in Wyoming, the events have reportedly not been widely publicized in advance for security reasons, according to The Times.

Despite the threats, Cheney, who was first elected to the House in 2016, has refused to back down from her criticism of Trump.

Read more: We identified the 125 people and institutions most responsible for Donald Trump’s rise to power and his norm-busting behavior that tested the boundaries of the US government and its institutions

Cheney saw the Capitol insurrection as an affront to the rule of law — it disrupted the Electoral College certification of President Joe Biden’s 2020 electoral victory and sent lawmakers into secure spaces away from the mayhem that was unfolding at the ornate building.

To her, Trump abdicated his commitment to the secure and peaceful transfer of power, threatening democracy based on debunked election theories that were used to whip up aggrieved supporters who felt that he had been wronged.

“None of this would have happened without the President,” she said in January. “The President could have immediately and forcefully intervened to stop the violence. He did not. There has never been a greater betrayal by a President of the United States of his office and his oath to the Constitution.”

The criticism, and Trump’s repeated targeting of Cheney in speeches, led to House Minority Leader Kevin McCarthy of California accusing her of not focusing on the 2022 midterm elections, which set the stage for her ouster from leadership.

The Times report also noted that Cheney’s father, Dick, the former vice president, called her on Jan. 6 to warn her of the dangers she might face after being called out by Trump earlier that day.

The congresswoman had thought about giving a floor speech in support of the certification of President Joe Biden’s electoral victory, and her father asked if she wanted to go ahead with her plans, according to The Times.

“Absolutely,” she told her father. “Nothing could be more important.”

However, she has pledged to “do everything” she can to keep Trump from reentering the Oval Office.